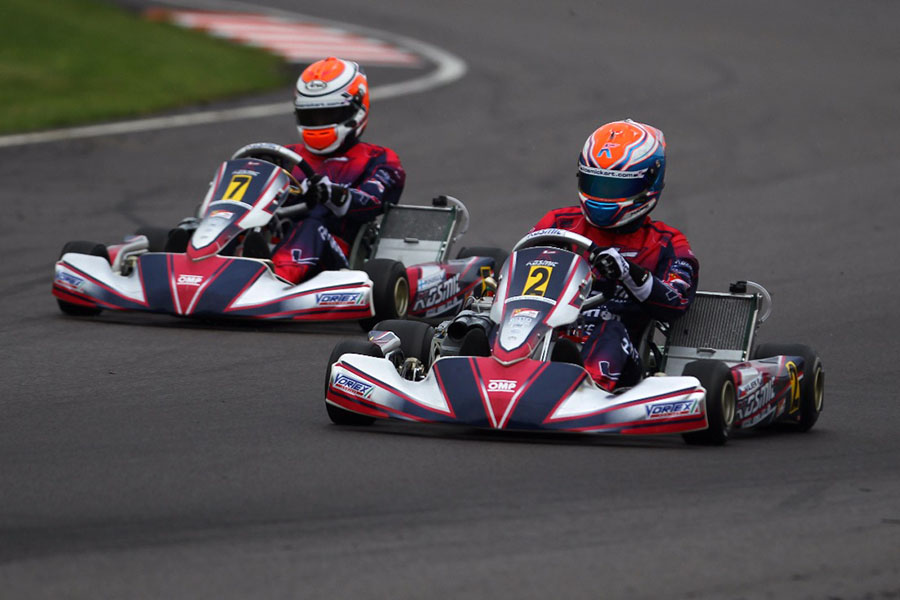 The fifth place gained on the occasion of the World Championship for KZ class in Wackersdorf, does not credit the potential shown during the whole weekend by our drivers. The overall balance of the world competition, held in Germany, has seen us stand out with our drivers, Patrik Hajek and Simo Puhakka. Both were leaders in the heats and they won a race each, with Patrik who finished third and Simo seventh. Patrik’s final was as much exciting as short and our driver, in the first lap already, while trying to take the lead of the race, was involved in a collision and had to withdraw. Simo ran and fought for the podium for most of the race, closing fifth. In the KZ2 Super Cup competition, Olivier Rasmussen and Alex Bengtsson performed very similar qualifying heats, grasping the entry in the finals in the 13th row, with a total of 110 points.