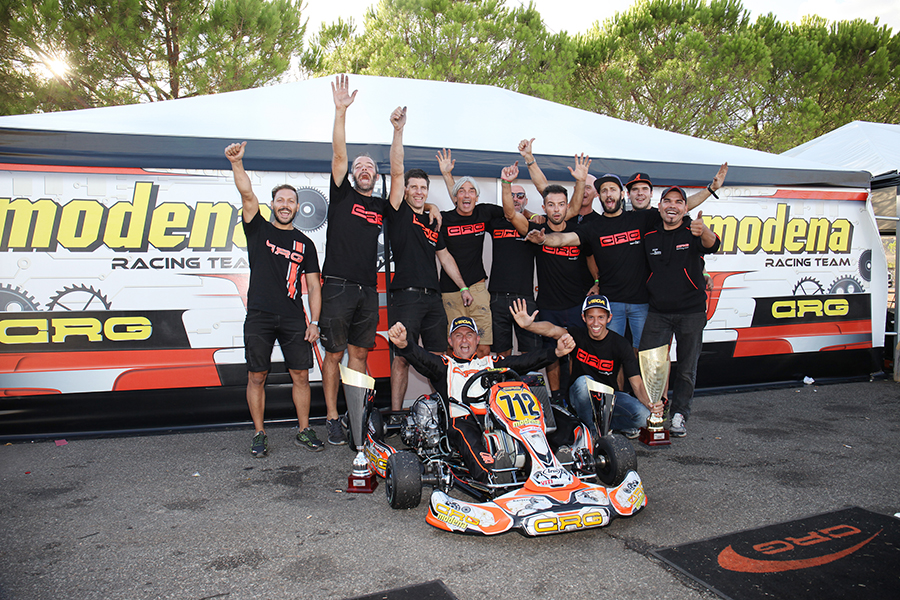 Team Modena Kart claimed the Italian KZ3 Under title with Luigi Di Lorenzo and KZ3 Over’s with Claudio Tempesti in the closing round of the Italian ACI Karting Championship held at the circuit of Siena.

CRG sends its congratulations to Team Modena Kart for the great results obtained by its drivers in the Italian ACI Karting Championship at the fifth and closing round of the championship held in Siena and for the two Italian titles won in categories KZ3 Under and KZ3 Over.

A surprising Luigi Di Lorenzo won the KZ3 Under Italian Championship on CRG-Tm run by Team Modena Kart thanks to two great results taken in the finals of the closer. In Race-1,  Di Lorenzo claimed the third place and then clinched a spectacular victory in Race-2, result that allowed him to get a shared classification lead, but he won the title due to the higher number of victories. Alongside that scored in Siena, young Di Lorenzo has benefited from the win taken in Sarno, which earned him the KZ3 Under Italian title.

In KZ3 Over, Claudio Tempesti had the upper hand on CRG-Tm run by Team Modena Kart putting in an attack race ended with the victory of Race-1 and taking the Italian Championship with it. Tempesti confirmed to be very quick also in Race-2 taking a fourth place, when the Italian title had already been won as he scored two points more than his nearest rival.