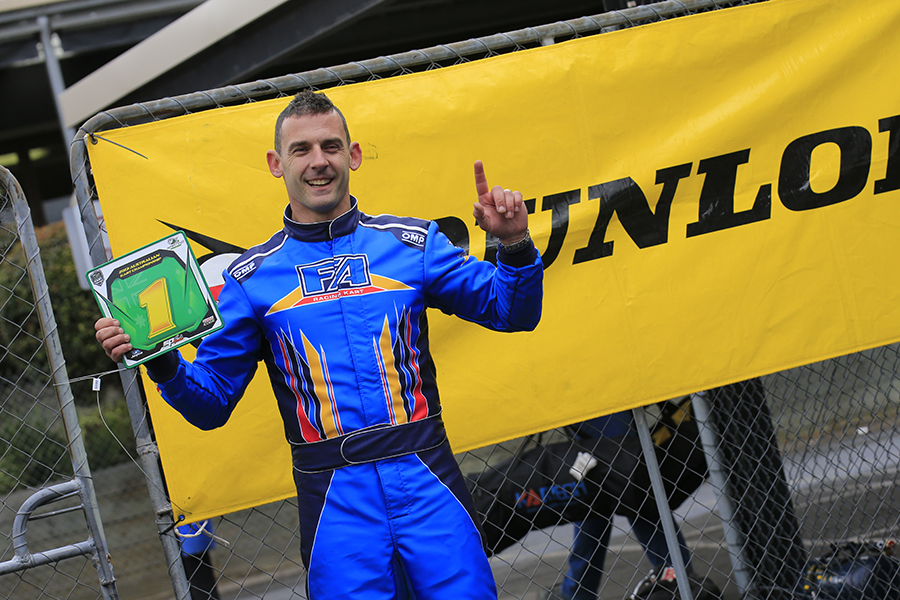 Mixed weather conditions delivered a day full of action at Todd Road for the final round of the Australian Kart Championship, presented by Jayco and Castrol EDGE.

Pierce Lehane joined Sorensen at the top of the all time winners list after taking the win in KZ2. He’s the first driver in history to win finals at the three elite categories of Australian karting. Leigh Nicolaou put in a solid performance to win X30 from Dean Foster, whilst David Sera was a welcome visitor to the podium.

Another to successfully defend his Championship was Ryan Tomsett in Cadet 9. He finished second to Cadel Ambrose for the round.  Ambrose’s victory ensured that the SP Tools Junior Sprockets graduate completed a clean sweep of the two Victorian rounds this season.

The TaG 125 category saw an unexpected rain shower strike the turn one area of the track midway through the final, seeing more than half the field crash out. Joshua Car held strong to take the win, thus confirming second in the Title race behind the dominant Brendan Nelson. He was joined on the podium by first time podium visitors Trent Harrison and Toby Webb.

Broc Feeney confirmed his first Australian Title in KA2 by finishing third in the final, Championship rival Lachlan Hughes won the final but was left ruing an opening lap DNF in the final heat on Sunday morning. Jay Hanson got the best of season-long rival Cooper Webster in KA4 Junior, whilst Ballarat’s Jaxson Cox became a first time podium finisher.

Fletcher Harris added his name to the round winners list after taking Cadet 12 – runaway Championship winner, James Wharton finished second.  Harris’ win was enough for him to secure second place in the overall standings.

At the Gala Awards Dinner held at Etihad Stadium more than 300 people gathered to celebrate the Championship while the top placed finishers shared in more than $120,000 of prizes.  The Karting Australia Manufacturers Championship went to FA Kart while Patrizicorse won Team of the Year, along with Best Presented Team.

KZ2 Champion Josh Fife was voted on by his peers as the MG Tyres Driver’s Driver of the Year.  Cody Burcher and Oscar Priest were presented with the Dunlop Determination Award while James Wharton was decided as the recipient of the Bridgestone Super Cup.