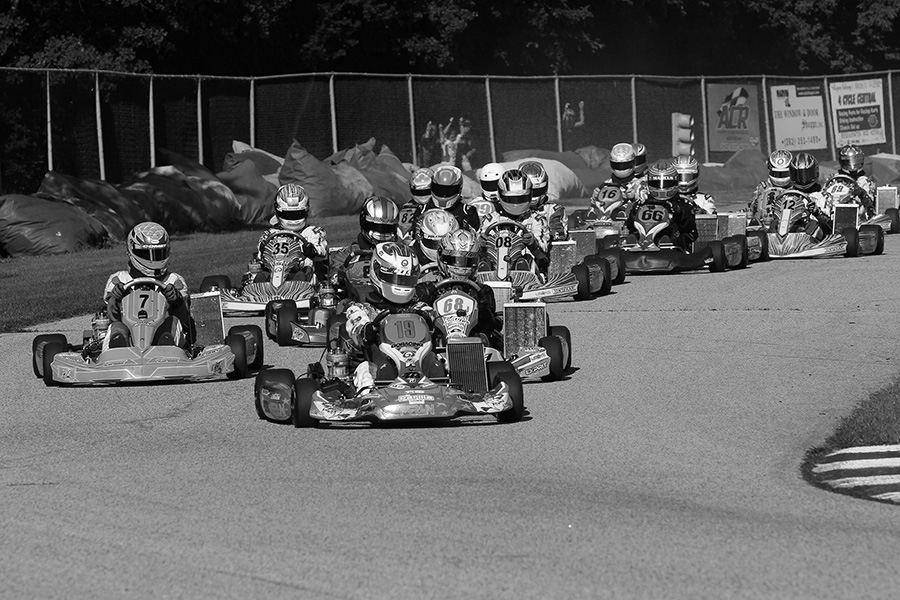 The fourth stop of the World Karting Association Bridgestone Manufacturers Cup Series takes racers to the historic town of Dousman, Wisconsin. The newly renamed Wolf Paving Raceway has been part of karting history for decades, home to the longstanding Badger Kart Club. A number of current and former karting stars got their beginnings at the facility just outside the Milwaukee area. The AMK Race Products Nationals will host Round Seven and Eight of the year-end championship chase, along with the final two races toward the Bridgestone Mid-Season Shootout.

A best five of six mini-series was established prior to the Pittsburgh event back in May, with Bridgestone providing a hefty prize package. The winners in Pro IAME Senior, Pro IAME Junior, Pro Swift Sportsman and Mini Swift earn an all-expense paid trip (minus travel) to the ROK Cup International Final in South Garda, Italy this October. The winners in Yamaha Senior, Yamaha Junior, Yamaha Sportsman and Briggs 206 Senior earn an entry fee, race tires and driver pit pass to the WKA Grand Nationals set for October 13-15 in Mooresville, North Carolina. 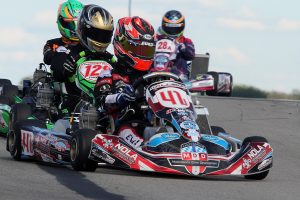 Braden Eves is the lead driver to get the ticket to Italy in Pro IAME Senior (Photo: EKN)

Braden Eves is in the driver’s seat for one of the tickets to Italy with his lead in the KartSport North America Pro IAME Senior division. Four podium finishes – including one win and three runner-up results over the first four rounds of the Shootout gives the Zero Error / Vemme driver the advantage heading to Dousman. Former WKA champions Brandon Lemke (Top Kart) and Alexander Kardashian (Top Kart) are the lead challengers, needing to make up 75 and 115 points each to have a shot at the Shootout title. The three are in the overall title chase, with Eves leading by over 200 points.

Three drivers sit within 65 points in the Woltjer Racing Engines Pro IAME Junior Shootout standings heading to Dousman. Last year’s series champion Pauly Massimino (Top Kart) has two podium finishes, including a victory in Pittsburgh has him at the top of the overall and Shootout standings. The advantage is just 35 markers with fellow Pittsburgh winner Tyler Ferris (Top Kart) sitting second. Three podium finishes has Tahlon Yockel (Tony Kart) in the hunt, with the trio to decide who will travel to Italy. 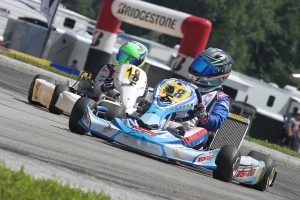 Ben Maier has a sizable lead in the CRPRacing.com Mini Swift Shootout standings. The Nitro Kart driver won the two main events in New Castle to put him on top of the chase for the ticket to Italy. Behind him is championship leader Mateo Rubio-Luengo (Benik). Maier leads by 110 points in the Shootout while Mateo leads by 45 points in the overall standings. Pittsburgh winner Caleb Gafrarar (Parolin) remains in the overall title chase, looking up to make ground where is father once won in 2013. 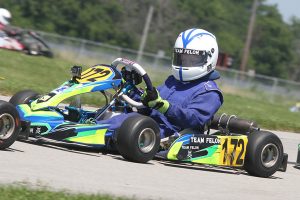 The Comet Kart Sales Yamaha Junior category has been one of the most exciting classes all season. Three different winners in the four Shootout races make it a tight battle for the Grand Nationals entry. One driver not to reach the top step of the podium this year is Caiden Young (Tony Kart). Three podium finishes in the four Shootout rounds have him as the driver to beat heading into Dousman. Young holds a 55-point advantage over three-time race winner Colin Neal (Vemme). Overall championship leader Tyler Ferris (Top Kart) trails Young by 60 points in the Shootout standings with three podium finishes of his own. Ferris holds a 10-point advantage over Neal in the overall championship chase while Elliott Budzinski (Tony Kart) – a two time winner on the year – sits third and within 50 points of Ferris. Young still has a shot at the overall championship as well, needing to continue his podium run. 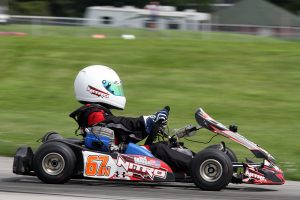 Ben Maier’s two Mini Swift wins in New Castle have him in the lead for the ticket to Italy (Photo: EKN)

The Shootout title and year-end championship remain up for grabs in the Allison Racing Engines Yamaha Sportsman division. Six drivers come into Dousman within 75 points for the Shootout crown with Sam Hinds (FA Kart) leading the way. Hinds won in New Castle, coming out as the overall weekend winner. That gave him a 15-point advantage ahead of overall championship leader Garrett Adams (FA Kart) heading into the weekend. Pittsburgh winners Connor Zilisch (Energy) and Mateo Rubio-Luengo (Benik) are within 35 points of Hinds while Logan Adams (FA Kart) and Annie Rhule (Energy) sit tied in fifth. Adams holds a 65-point lead over Mateo in the year-end title chase with Hinds and Logan Adams within 150 points.

Eric Fagan (TrackKart) and David Kalb Jr. (Eagle) each have two wins per weekend in the Briggs 206 category. Fagan dominated Pittsburgh with Kalb proving to be the quickest in New Castle. Fagan holds a 20-point lead in the Shootout standings over Kalb, while Zach Linsell (MGM) remains the leader in the championship chase.