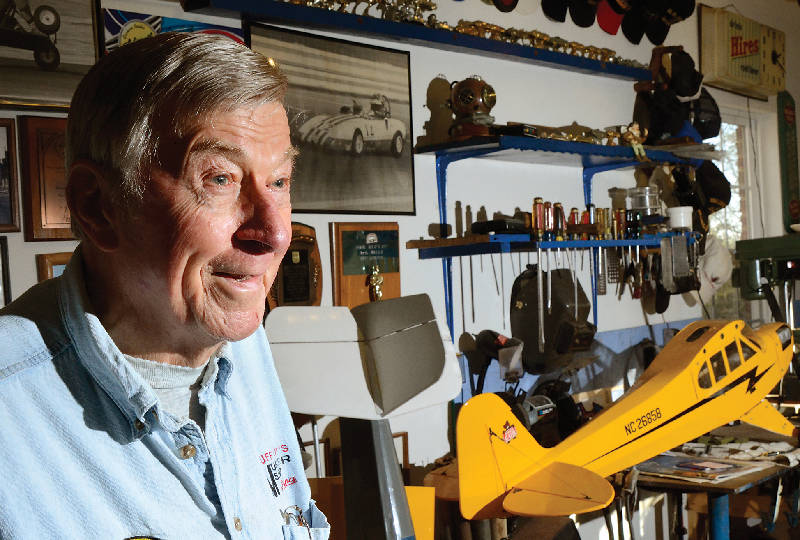 On August 13, we learned that Frank Livingstone passed away. The ‘Godfather of Karting’ lived a full life, and his legacy has and will continue in the sport. Longtime motorsports journalist Doug Stokes was able to provide his thoughts on the person we all call ‘Duffy’. 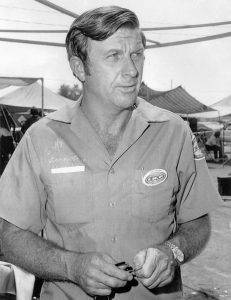 Frank “Duffy” Livingstone passed away earlier this week at the age of 92. He was, as he once confided in me, and as his closest friends always suspected, a Martian.

There was always a wry look in his eye that told you he was in possession of far more information (about anything) than he was putting out at the time. That cockeyed smile, the quick wink (… or did I just imagine that he winked?), and then reaching into his pocket to draw out a quarter and hand it to me all without a word, always gave him away.

That he was in fact: “…not from around here,” was pretty evident. Not that he ever had any trouble at all acting like an actual human; it was just something that was part of the general surrounding ambiance every time that we ever spent any time together … background music, if you will, no little twitchy antennas (at least not visible ones).

He was also one of the true “fathers” of American Karting and, perhaps the best damn welder who ever shook his head to have a mask fall into place before making welds that looked like DaVinci or Michelangelo had painted them.

In fact, he was such a master of light metal welding that a couple of high-zoot aerospace companies thought so much of his work that they regularly dropped off mysterious packages at the back door of his SuperWeld shop in Costa Mesa very late at night and came back the next night to pick up the finished pieces of some very exotic parts (er … “critical components”) which (I’m quite sure) Uncle Sugar thought sure the big-dollar aerospace guys were doing at their digs.

Duffy (or “Due-Fay”, his preferred pronunciation) was a (seemingly) laconic fellow who was just “having fun” most of the time, (no … make that all of the time).  But that mind, that remarkable, wonderfully diverse, brain of his was always on, always alert, always tracking.

His lasting contribution to the sport was the International Kart Federation. He understood early-on that the sport needed solid rules and guidance if it was not only to grow, but to be taken seriously. He lived long enough see that and more.

When I served as the Executive Director of the IKF from 1979 to 1984, my first official act was to give our bookkeeper, Rosemary Judy, a dollar bill and ask her to cut a check to me for that same amount.  Duffy was then the IKF treasurer and, at that time, both his and my signatures were needed on organization checks.  One of my heroes and me, signing the same check!  Wow!  I wish that I still had that check (it’s probably around here somewhere) to show people.

A few years later, after getting a couple of threatening letters from some high-powered Hollywood attorneys representing the Academy of Motion Pictures Arts and Sciences, I indicated to the association President, the late John Strauser, that we needed to stop referring to our Pete Millar-designed Grand National Championship award in print as: “Karting’s Oscar”.  John agreed, I then suggested naming it for Duffy and (of course) the board of directors agreed.

Duffy once told me that he was at an IKF GN event in the Pacific Northwest and found himself looking at the trophies that were lined up and on display before being handed out.  There was a little boy there marveling at the statuettes.  Duffy asked the youngster what all the fuss was about with the solid bronze trophy that was a statuette of a man in a karting suit and helmet holding a smaller version of himself, who was holding a yet smaller version of himself (and so on until all detail is lost).

The kid’s eyes got very wide and he related a wild tale of derring-do and heroism that had the man (whose nickname was given to the award) fighting dragons, curing disease, and most likely changing the course of mighty rivers in his spare time.

“He was from a long, long time ago,” the kid explained to Duffy. “He was a really great man.”

One thought on “RIP Duffy Livingstone”