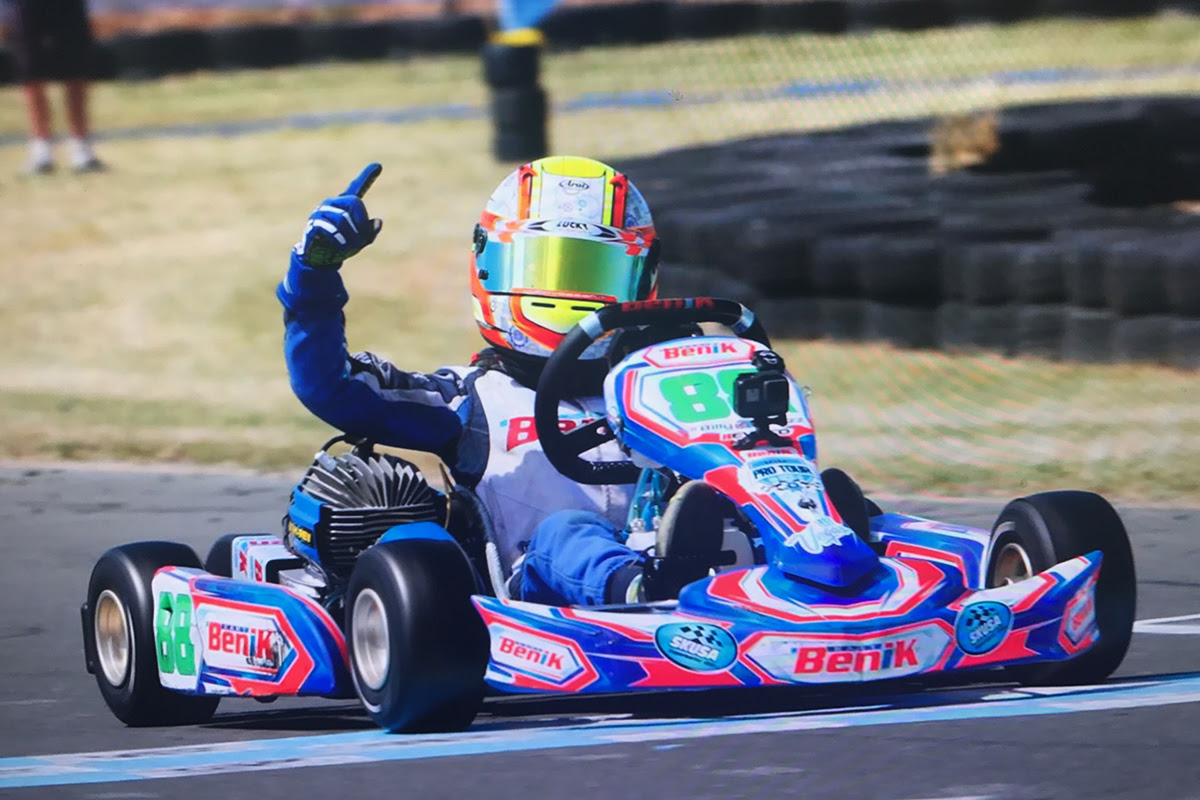 August 16, 2017 – Traveling to the motorsports capital of the world, nine-year-old Carson Morgan made his trek to the Midwest a memorable one. With a chance to secure the SuperKarts! USA (SKUSA) IAME Mini Swift National Championship, just east of a place where he hopes to compete in the future, the Indianapolis Motor Speedway, Morgan drove calculated and mature beyond his years. Claiming two podium results, the young gun garnered enough points to be crowned the champion.

Hailing from Anaheim, California, Morgan was a model of consistency throughout the 2017 SKUSA Pro Tour. Honing his skills and winning at the regional level, the talented BENIK Kart driver reached his goal of being named National Champion on August 13th. On the strength of five podiums in six events including two victories, one second place result and two third place finishes, Morgan claimed the National #1 plate.

Along with the championship, Morgan earned an invitation to join Team USA at the IAME International Finals in Le Mans France in late October. Hoping to make his country proud, the California resident will fly the American colors in his quest for the top step of the podium.

Striving for success and hoping to race in Europe in 2018, Morgan has one other goal that he looks to achieve in the 2017 season. As the reigning SKUSA Pro Tour champion and the #1 plate holder, Morgan will enter the biggest karting event in the world in November, the SKUSA SuperNationals in Las Vegas. With the champion’s plate and the target positioned squarely on his back, the budding talent looks to overcome all challengers to win what could be the biggest event of his young career.

With plans not yet set for 2018, Morgan is hoping to further his karting career by bringing his talents to the European karting scene. With the hopes to compete in the WSK Karting program that travels the European continent as well as select international races around the world, the goals of constant improvement, career development and race wins is what Morgan and his family look towards.

Assisting Carson along the way has been a host of supporters and partners. A special thanks to Team BENIK and BENIK Kart for the great equipment, Mark Zartarian from High-Rev Engineering for the incredible horsepower, Outsource Utility Contract Corporation and the staff of the SuperKarts! USA series. Furthermore, a huge thank you to Garrison Masters for not only providing mechanical, tuning and coaching services to Carson, but for always being by his side, believing in his talents and a tireless work ethic that is needed to build a champion.