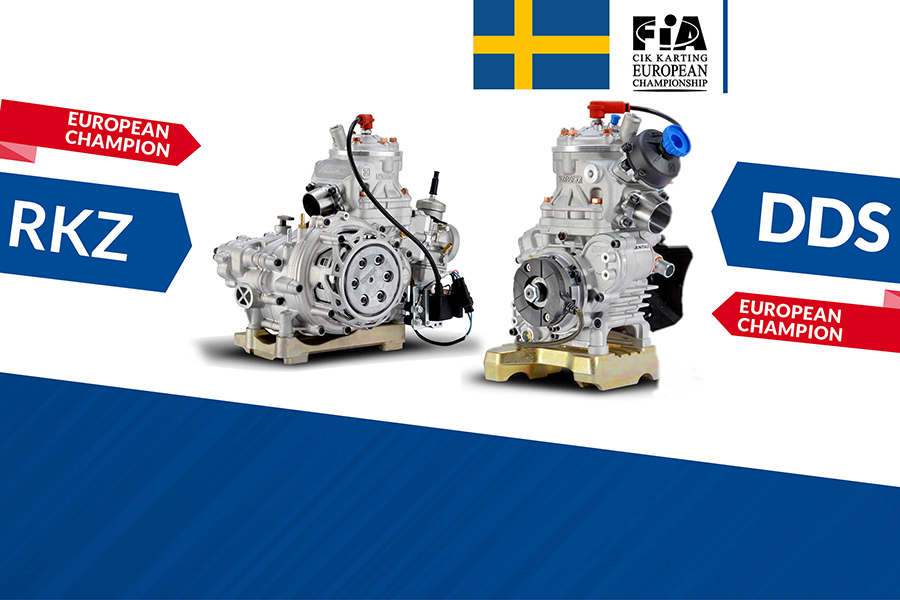 In KZ2, the victory of the European title won by RVZ engine with the German Leon Köhler (KSM Schumacher Racing Team) is clear. Köhler won the title climbing twice on the podium, on a total of three races, and signing a pole position. RKZ was also a brilliant winner, always in KZ2 class, in Genk (Belgium) with Matteo Viganò (Tony Kart Racing Team). Nevertheless, the RKZ has shown levels of absolute excellence even in KZ class, category in which it won a victory (out of three events) with Hajek, a second place, a pole position and two best lap in the final. At the end of the Championship, Patrick Hajek (Kosmic Kart Racing Department) ranked second overall.

Significant figures are also present in the cadet class, with 44.4% of DDJ engines in the entry list of the last round in Kristianstad. The pole positions obtained during the championship by the DDJs, were two (Doohan and Rosso), four podiums (two 2nd and two 3rd positions) and all was crowned by the success in the final race, gained by Doohan (Ricky Flynn Motorsport). The final standing sees two DDJs (Thompson and Doohan) on the European podium, second and third place.