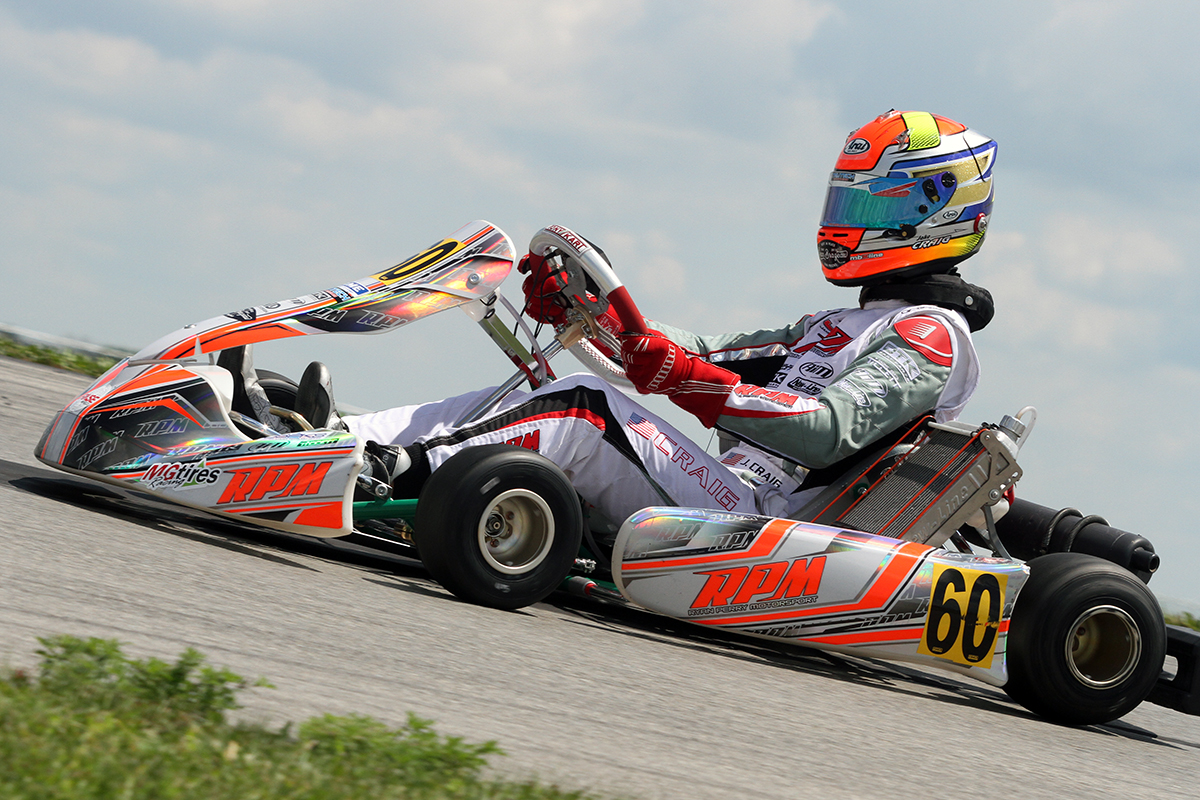 Much like the Stock Honda standings, the TaG portion of the eKartingNews.com Driver Rankings Powered by Bell Racing USA saw shuffling due to the new schedule for 2017. The removal of the 2016 Superkarts! USA SummerNationals from the 12-month total of the drivers in the TaG standings has made an impact at the very top, with former #1 Jake Craig now holding the position at the end of July, heading into the SKUSA Pro Tour season finale next week.

Craig (RPM / Tony Kart) actually improved his score from last month thanks to his visit to the United States Pro Kart Series this past weekend. The improvement of 34 points and the lost of 114 points by former #1 Ryan Norberg (PSL / Birel ART) due to losing his two victories at the 2016 SKUSA SummerNationals resulted in a swap of positions at the top of the standings. Right there behind them is KartSport North America / Praga driver Brandon Jarsocrak, who beat both in each of the main events at the USPKS New Castle event to improve his score. The three are now within 102 points heading into the SummerNationals, and all three are at the top of the X30 Senior championship chase to be decided next weekend.

Up to fourth in the standings is two-time Challenge of the Americas champion Christian Brooks. The Red Bull Global RallyCross Lites driver will be in Atlantic City, looking to improve his championship chances, poised for a return to the karting roots when the GRC season is completed. SpringNationals winner Braden Eves (Zero Error Racing / Kosmic) also moved up one spot, now residing inside the top-five despite losing points in his total.

Down to sixth is Comet Kart Sales / Tony Kart driver Zach Holden. The WinterNationals winner is bouncing back and forth between karts and cars, fighting for the F1600 Championship Series title. Holden is also among those in contention for the SKUSA Pro Tour title as one of the four different winners on the season. Taking advantage of drivers losing points, Nicky Hays (FW / CompKart) moves up three spots to seventh. The 2016 California ProKart Challenge driver remains atop the series standings with one victory and a recent runner-up finish in Santa Maria.

The battle for top rookie of 2017 is heating up. The top two currently sit eighth and ninth with Dante Yu (FW / CompKart) holding the advantage over Franklin Motorsports / Merlin driver Alex Bertagnoli. Yu scored his first Senior victory at the California PKC event in Santa Maria, jumping up 10 spots into the top-10. Bertagnoli – the top Junior driver in 2016 – scored his first Senior victory in April at the USPKS and advanced 26 spots to ninth. He has also scored three wins in the KA100 category, sweeping the main events in New Castle last weekend. Rounding out the top-10 is David Ilavia (J3 / CompKart), who continues to show speed to battle at the front of the field, looking for that big podium finish. Dropping out of the top-10 is Austin Garrison (J3 / CompKart) and Brandon Lemke (AMK / Top Kart). 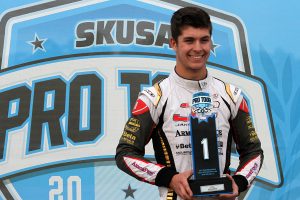 The end to the 2016 season was historic for California native Jake Craig. The RPM / Tony Kart driver won his second US Rotax Grand Nationals title, and with a last lap pass, earned his first SKUSA SuperNationals victory. The 2014 SKUSA Pro Tour champ is primed to end the 2017 with similar success. Craig is in contention for the championship to be decided next weekend in New Castle. Not only would he like to become the first two-time champ in the category, he would love nothing more than to become the first to defend the X30 Senior victory at the SuperNationals. The #1 spot in the EKN Driver Rankings will depend on these two events with Craig currently holding the edge on everyone. 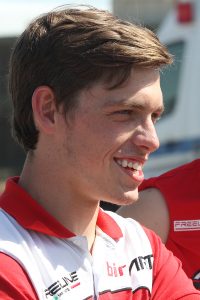 The #1 plate has been the ‘target on his back’ for Norberg all season. The Florida driver has not backed down, and continues to work hard on defending his SKUSA Pro Tour championship. My guess, if he had to chose between the #1 spot in the EKN Driver Rankings and defending the SKUSA title, he’d chose the latter. The reason for Norberg to drop out of the top spot was the loss of his two victories at the 2016 SummerNationals in New Castle. A result at the USPKS finale in 2016 and the recent runner-up finish at the US Rotax Grand Nationals replaced them, keeping him short of retaining the #1 spot in the Driver Rankings. Norberg is determined to leave New Castle as he enters, on top of the SKUSA Pro Tour championship standings to become the first to defend the crown, and the first two-time title winner in the category. 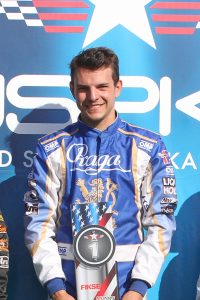 Jarsocrak has been given many nicknames over the last few years, but his new one is ‘Butter’….cause he’s on a roll! Four straight weeks, Jarsocrak has been unbeatable in TaG competition. Beginning with the inaugural Battle at the Brickyard victory, a sweep of the main events at the WKA Manufacturers Cup Series, three heat wins for the overall victory at the Gearup F-Series, and topping it off with another double victory performance at the USPKS event last weekend. The KartSport North America / Praga driver has outdone his 2015 and 2016 seasons in the first portion of the 2017 season, adding in his three of four podium finishes on the SKUSA Pro Tour and victory at the Daytona KartWeek. New Castle is the defining weekend for his SKUSA Pro Tour ambitions, looking to earn his first national title. 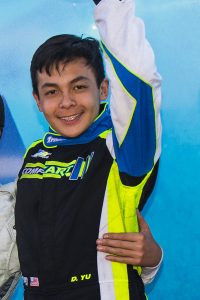 Some drivers can show it in their rookie season, others take time to adjust to the older, wiser Senior level of karting. Dante Yu has attuned just fine during his 2017 Senior rookie campaign. The CompKart driver has been busy racing throughout California and the SKUSA Pro Tour, along with trips to Europe for CIK and IAME competition. Yu’s first Senior victory at the Santa Maria event in July helped to boost him up into the top-10. With two top-10 finishes already on the SKUSA Pro Tour, a solid weekend in New Castle for the SummerNationals could see Yu advance up into the top-five by this time next month.