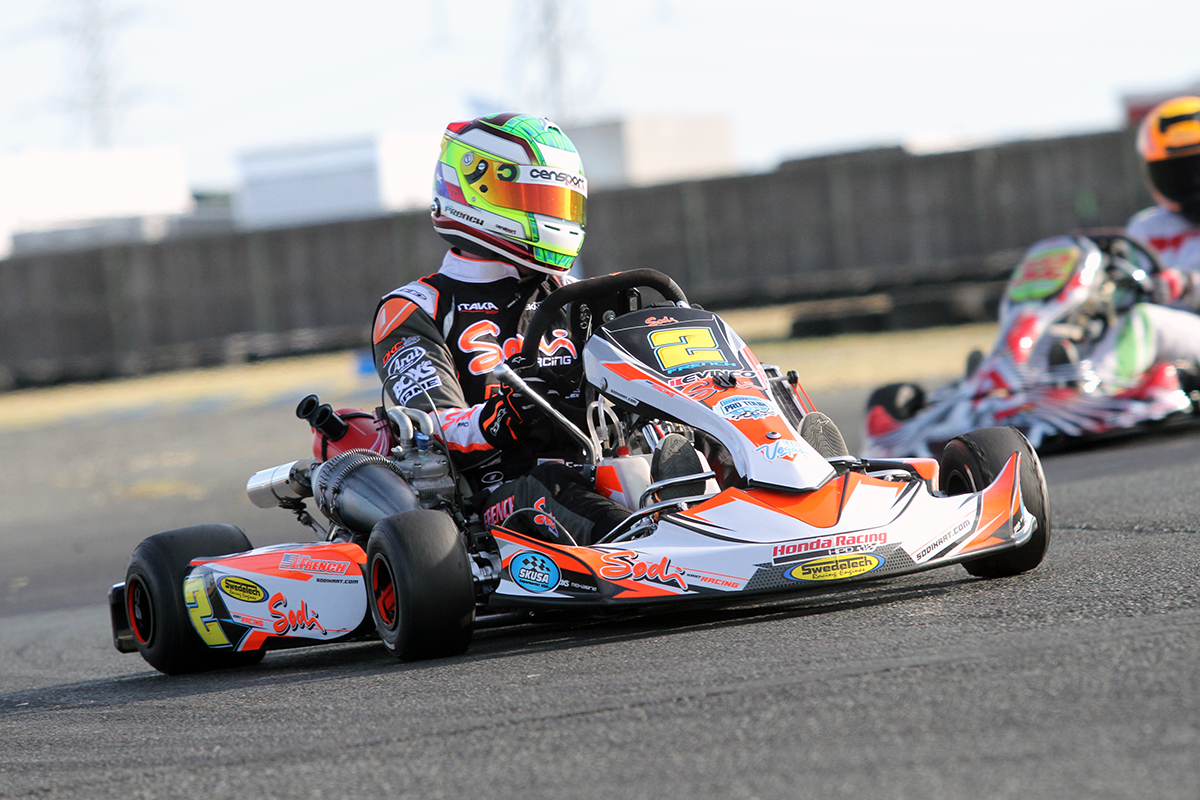 The numbers at the top of the eKartingNews.com Stock Honda Driver Rankings powered by Bell Racing USA are not as we have seen over the last few months. Part of that reason is the rescheduling of the Superkarts! USA Pro Tour SummerNationals. The event was typically held in the month of July, and moved to August for 2017. This has shaken up the standings as we close out the month, with the removal of the results from the 2016 SKUSA SummerNationals. This puts more of an emphasis on regional events for the top drivers in the nation to fill out the seven events to use for the EKN Driver Rankings.

For Jake French, his 12-month performances keep him in the #1 slot as we enter the SKUSA SummerNationals next week. The Dallas Karting Complex / Sodi Kart driver saw his total drop down nearly 200 points with the loss of last year’s SummerNats results, however, it increased his lead to 57 points. Now sitting second is former SummerNationals winner Billy Musgrave (MRC / Aluminos). The three-time California ProKart Challenge champion lost fewer points than French, and jumped up to second with AJ Myers losing both his SummerNationals victories last year from his total, dropping down to 30th in the order. Myers (TB Kart USA) now only has the five SKUSA Pro Tour events counting in his total, and is scheduled to race in the X30 Senior category at the SummerNationals, electing to not defend his double victory from a year ago in the S1 Pro division.

Jumping up to third is SKUSA WinterNationals winner Hunter Pickett (Aluminos). The S1 rookie has not been as consistent as he would like, however, the victory at NOLA and podium at the SpringNationals has helped to elevate him onto the EKN Driver Rankings podium for July. Still holding in fourth is Austin Wilkins (DKC / Sodi Kart), the 2016 S2 Pro Tour champion. Wilkins continues to improve and is on the verge of gaining the first S1 podium finish. Up to fifth is current S2 Pro Tour championship leader Riley Dickinson, putting three drivers from the DKC / Sodi Kart stable inside the top-five. Dickinson has two victories on the year, and leads the title chase heading into New Castle next weekend.

Winning helps move you up the standings, and the victory at the California ProKart Challenge has promoted Matias Podboj into the top-10. Podboj (Mad Croc) advanced up to sixth with his victory at the Santa Maria event after placing just outside the top-10 last month. Hunter Kelly (Italcorse) is up two positions to the seventh spot, placing on the podium at the fourth round of the California PKC. Remaining in the eight position is SKUSA Pro Tour S2 winner Kyle Wick. The Rolison Performance Group / S2 driver continues to improve his race craft, suffering some bad mechanical luck at the recent California PKC events. Wick trails Dickinson in the S2 title chase entering the SummerNationals.

Back into the top-10 is veteran Ron White. From the late 90s to today, White (RWR / CRG) is still among the most talented drivers to pilot a six-speed shifterkart. Adding a seventh event to his total helped to push the NorCal native back into the EKN Driver Rankings mix. Rounding out the top-10 is the third S2 driver – Jason Pettit. The Aluminos driver is among those competing for the S2 title at the California ProKart Challenge in what is among the series’ tightest championship battles. Dropping out of the top-10 includes Myers along with Sabre Cook (Energy USA), Kolton Griffin (Pure / Tony Kart) and Skyler Finley (DKC / Sodi Kart). 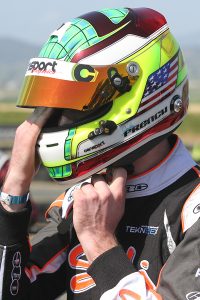 Jake French survived the disorder of the SummerNationals 2016 removal, remaining in the #1 slot. Podium finishes have not eluded the Texan racing out of the Dallas Karting Complex / Sodi Kart operation. Clear focus and determination has been the mindset for French in his bid to end the 2017 as the top shifterkart driver in North America. French is scheduled to take his talents over to France, joining the Sodi Kart factory team to take part in the 24 Heures Karting at the Le Mans International Karting circuit alongside the famed French road race course at the end of September. But first, the task at hand with the SummerNationals and the Pro Tour title chase. 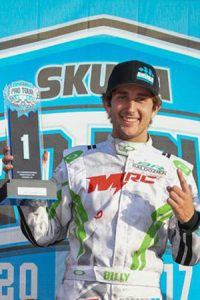 The top challenger in the SKUSA Pro Tour and EKN Driver Rankings is California driver Billy Musgrave. The MRC / Aluminos driver has put himself in contention for both honors along with earning the California ProKart Challenge title in the same season. Musgrave got off to a up and down start to the 2017 Pro Tour, however, he is the most recent winner with his victory at Sonoma. Musgrave is 3 for 4 at the California ProKart Challenge program and heads to the site of his first SKUSA Pro Tour victory in 2015 – New Castle Motorsports Park. 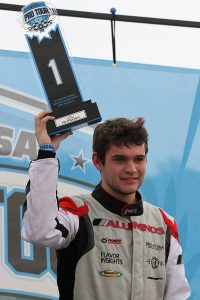 The top rookie in the S1 division for 2017 thus far has been Hunter Pickett. The Aluminos driver put in a memorable performance in what is considered to be the best S1 feature race in SKUSA Pro Tour history back in March at NOLA Motorsports Park to claim his first S1 triumph. Pickett tried for a second victory at his home track in Sonoma, coming up short with his second career S1 podium in four races. Pickett could be a podium contender next week, returning to New Castle where he recorded his first S2 victory just over a year ago.