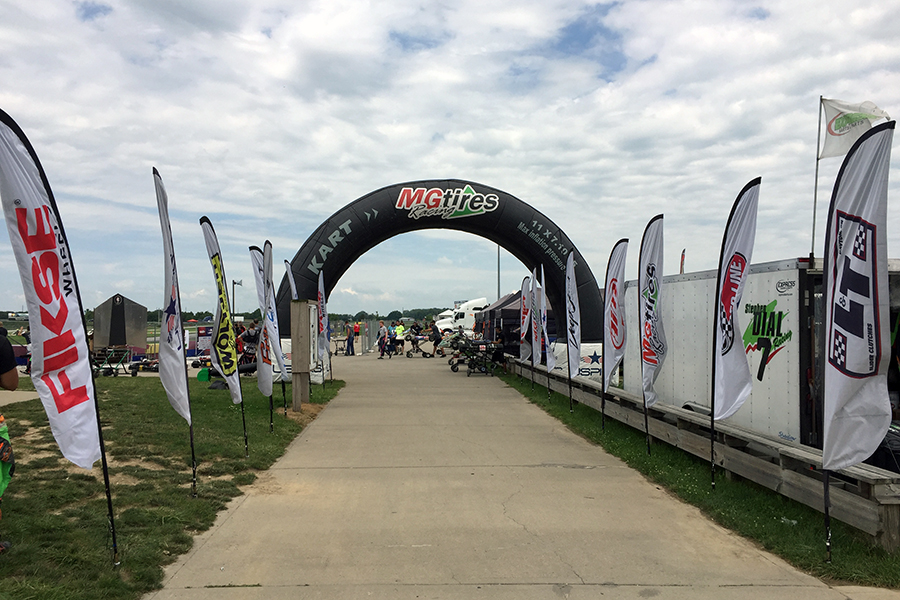 EKN’s Paddock Insider is added Trackside coverage, bringing you notes, updates and breaking news as it happens. The article will be a timeline of events as they happen during the 2017 United States Pro Kart Series Hoosier State Grand Prix at the New Castle Motorsports Park in New Castle, Indiana. The information will not be seen anywhere else, including interviews and photos. Please feel free to comment and discuss our coverage and today’s action in the EKN Global Members Discussion area below: For complete coverage head to the EKN Event Page. Also, tune in all weekend long to the live audio and live timing at eKartingNews.com/live

It is the summer time and with nothing to do, everyone is at the race track. This weekend is a busy one for the third stop of the USPKS program. Nearly 150 entries are here, making this the largest race of the season. Thanks to the Superkarts! USA Pro Tour SummerNationals here in two weeks, teams and drivers are getting a leg up on the rest of the competition, racing against the USPKS regulars. The largest is in the IAME Pro division, pushing the number back up to the 30-driver mark. And the rest of the IAME classes (Junior, Mini and Micro) gearing up for the August 11-13 program.

Top Drivers in the Country 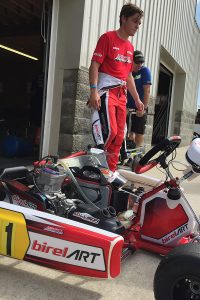 EKN Driver Rankings #1 Ryan Norberg is back at the USPKS (Photo: EKN)

The top three drivers in the EKN TaG Driver Rankings are in attendance here in the IAME Pro category. Current #1 Ryan Norberg (Birel ART) is making his return to the USPKS program where he earned his first major Senior victory in 2015 at South Bend. The full PSL Karting hauler is not here this weekend, but Norberg is getting a much needed return behind the wheel. Sitting second in the standings is Jake Craig. The Californian was here at the USPKS event a year ago aboard a Praga. Shortly after that event, he switched over to OTK and shined during the second half. Craig just returned from the CIK Academy Trophy event wrenching and coaching Jace Denmark-Gessel. As did Ryan Perry of RPM, who jumped in a truck just after getting off the plane at LAX, driving across country to Indiana for this weekend. Third in the standings is KartSport North America driver Brandon Jarsocrak (Praga). The ‘Shillington Slingshot’ is on a roll, winning at three of the last three races. First was Battle of the Brickyard, second was two wins here for the WKA Manufacturers Cup Series, and last weekend at Pittsburgh International Race Complex with three heat race wins at the Gearup F-Series. This will help up the rankings score with these three here, giving them an opportunity to increase their score.