X30 Euro Series: Record Entries and Great Racing for the Third Round in Germany 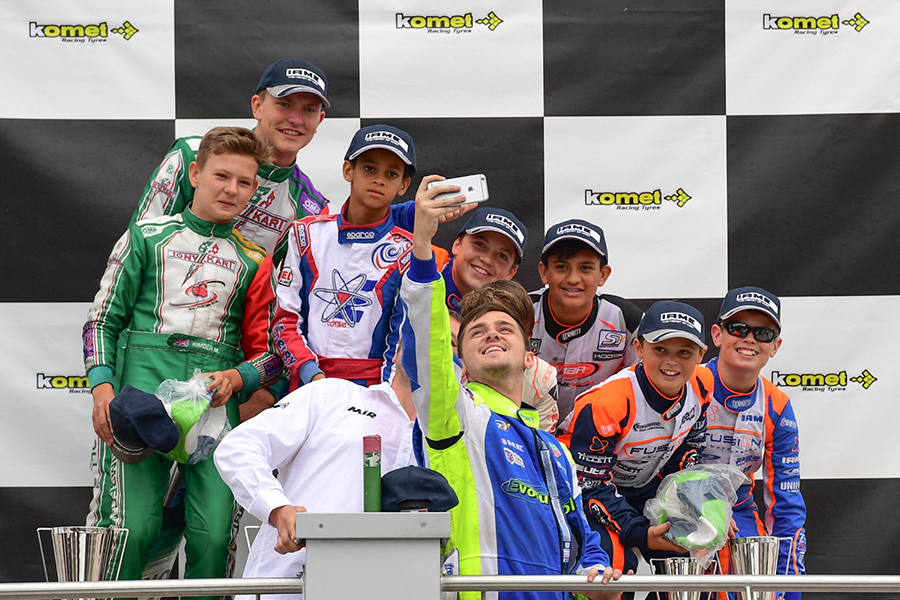 With 94 entries – the highest so far in its young history – the third Kart Prix of this year’s X30 Euro Series took place in Wackersdorf, located in the region of Bavaria, in Germany. Despite several of the main competitors missing this race due to conflicting racing obligations, the meeting still got a record attendance in all three categories, with the X30 Senior being the most contested one with 54 drivers. It comes to show how the combination of the IAME X30 engine run in the X30 Euro Series by RGMMC can quickly attract a great amount of current and new talent to the track! As usual the race was broadcasted and commentated live and complemented by additional recorded footage by Telemundi Media, and all material can be found on www.x30euro.com and www.telemundi.com.

In mostly dry conditions but with a sudden storm during the prefinals that spiced up the racing, the race winners were Nicolas Schoel in X30 Senior, Georgi Dimitrov in X30 Junior and Ugo Ugochukwu in X30 mini. At the end of the meeting, Brett Ward leaves as the series leader taking over from Brown-Nutley previously first in the X30 Senior standings, Moulsdale takes the lead from Lulham in X30 Junior, and Van Hoepen takes over from Ploeg in X30 mini.

The first official sessions, took place on Friday at the qualifying timed practice, with Ugochukwu showing his intentions with the fastest lap in X30 mini ahead of Laurens Van Hoepen and Diego Laroque. In X30 Junior Kai Askey claimed the first-place starting position ahead of Caeson Gibson and Luca Griggs, and in the crowded X30 Senior the local Valentino Fritsch showed well prepared positioning himself ahead of Mark Kimber and John Norris.

On Saturday’s qualifying heats, Ugochukwu was undefeated in X30 mini, winning all 3 heats ahead of Van Hoepen in second, while Arthur Tohum claimed third place after one fifth place and two thirds. Sita Vanmeert who had started well on a third-place finish in the first heat couldn’t manage to repeat the result, dropping down to a 5th place classification for the prefinal grid. Askey had a good run of two wins and one third place in the X30 junior qualifying heats, while the rest of the field behind him battled, with Gibson eventually slotting in second place and Dimitrov in third. X30 Seniors had the most qualifying heats – being divided in 4 groups – with Schoel claiming the first place with 0 points after winning all his heats, overtaking front starter Fritsch who had one win and two second place finishes in his groups. Third was Brett Ward who came from a 7th place qualifying to get three second place finishes.

There was little change in X30 mini on Sunday’s prefinal as Ukuchukwu once again beat Van Hoepen and Tohum. However the weather held a nice surprise for the X30 Juniors as the skies opened and the storm came the moment the karts hit the track for the formation lap, with the slow procedure coming in, and eventually the session being red-flagged temporarily to allow for a change of tires. This allowed for a big shuffle, with Dimitrov claiming the win in the wet conditions, Sean Butcher coming second and Evan Spenle third, all making up position while Askey dropped to 6th. The X30 Seniors prefinal also took place under wet conditions, with Norris winning this time ahead of Ward and Kimber, however the biggest surprise was that for the first time this year, until-now series leader Jordan Brown-Nutley could not make it into the final-34 drivers grid after being eliminated in the second chance heat. Also the favorite until now this weekend Fritsch lost 16 positions to finish in 18th place! The Sunday morning prefinal results were setting the scenery for a good battle in the final that would shakeup the series standings!

The track had dried up in time for the final, and X30 minis hit the track. Ugochukwu lost the lead to Van Hoepen at the start but soon regained it and went on to win the race, while Van Hoepen continued in second, taking over the series lead. Maximus Mayer had a good start from 6th to 5th and quickly made two more passes to 3rd place where he would eventually finish the race and complete the podium.

Next category on track was X30 Juniors with Dimitrov continuing his great morning showing taking the start, but not being unchallenged, as Spenle and Butcher took over the lead for a few laps. Dimitrov managed to get away while Spenle and Butcher kept swapping positions in the battle for second, a place that would go to Moulsdale who managed to overtake both of them and catch up Dimitrov, only to finish 0.020” behind the winner. Butcher finished managed to hold back Saturday poleman Askey who was only 0.133” short of a podium finish. After this result Moulsdale now leads the series standing, taking over from previous leader Lulham who was absent this race.

Last category on track, X30 Senior, promised to be also the most exciting. Norris got the best start, ahead of Kimber and Schoel. Schoel quickly made a move to second place and Ward to third. Norris would hold his lead until lap 9 when he gave in to the pressure from Schoel, and a few laps later was also overtaken by Kimber. In the meantime Oliver Clarke had taken over second place from Kimber and Ward, but a hard maneuver on Kimber would penalize him sending him back to 11th place while Kimber finished second and Ward third. Ward now takes over from Brown-Nutley in the series standings.

The following Kart-Prix will take place on the 14-17 September in Castelletto, Italy, and as always will be broadcast live from Telemundi media. Official results as well as videos from the broadcast of this race can be found on the official series website www.x30euro.com and www.telemundi.com