Regulations of the Kart World Contest by CRG 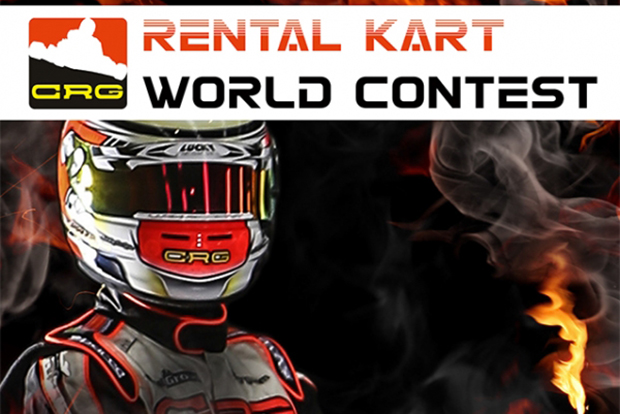 The most awaited appointment of the season with the Rental Kart World Contest will take place on the weekend of October 14-15 in Lignano Sabbiadoro on CRG Karts Centurion. The teams title will be awarded on Saturday October 14th, while the drivers title on Sunday October 15th.

The Rental Kart World Contest is already among the most awaited events of the season. In this occasion, the circuit of Lignano Sabbiadoro will see 34 teams challenging each other on the weekend of October 14-15 for the teams title, while 68 drivers will aim to the drivers title. Both events will take place on the CENTURION Karts by CRG, managed on track by the racing department of the Italian company.

In the past few days, CRG has unveiled the sporting regulations and the racing format of this important Contest dedicated to Rental Karts, as the first rumors on the entry list are also leaking out. The programme of the event confirmed the 8 Hours Endurance Race valid for the teams title on Saturday October 14th, while the race to award the drivers title will take place on Sunday October 15th.

Regarding the Endurance race, the 34 admitted teams (selected on CRG tracks from all over the world and by events organizers using the karts of the Italian company) will have 1h and 15’ to get their starting place on the grid and, after that, they will run the 8 Hours long Endurance race. Regulations include a minimum number of 12 pit-stops and driving shifts no longer than 45’. Pit-stops will be managed by teams and minimum pit-in time has been set to one minute.

The Centurion CRG Karts used will be equipped with a ballast system to level the weight of drivers and teams composition will feature a minimum of 3 and a maximum of 8 drivers. Subscriptions will open in September, but important expressions of interest have arrived from American, Chinese and Japanese teams, as well as from Germany, Switzerland, Czech Republic and, obviously, Italy.

The Endurance World Contest will get underway using the spectacular “Le Mans” style start at 13,30, right after the Drivers Parade, that will be one of the most spectacular moments of the weekend. Curtains to the teams title will drop in the floodlights at 21:30, and then the drivers title will get on stage on Sunday.

The Sunday race will admit 68 drivers, 2 for each team entered in the Endurance race. The racing format includes a qualifying session, and a qualifying heat to define the starting grid of the two Semifinals that will have 34 drivers each on track. The top 17 drivers of each semifinal will make up the starting grid of the Final that will award the Drivers World Contest.

Centurion Karts powered by 390cc engines will be used for both races and CRG’s racing department will manage them, which will provide drivers on track with a highly professional service. As regarding the other services, the Italian company will organize a paddock club with catering service and lounge areas, several leisure activities and top class promotion with live streaming and the presence of several journalists.

This is certainly going to be a great party for Rental Karts. To be among the protagonists it will be enough to qualify for the event on a CRG circuit or at the scheduled qualifying events. Among these, the closing event that will award a pass for the World Contest is the 4h of Pomposa that will take place on Saturday September 30th on Centurion Karts managed by CRG (info on www.circuitodipomposa.com)