Podio in Finland on the Occasion of the CIK European Championship 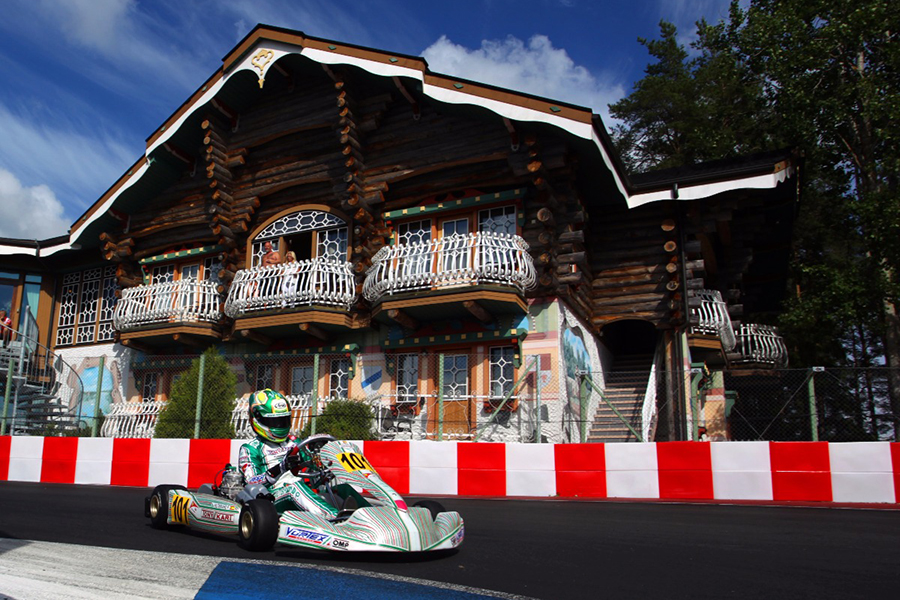 Podium for Hiltbrand in the OK round at Alahärmä, Finland. In the penultimate round of the European Championship, Hiltbrand jumps to second place in the absolute ranking, in front of our other driver Vidales.

The tough struggle that has always been a CIK-FIA feature is appropriate with the prestige of the winning title. In fact, on the occasion of the penultimate round of the OK and OKJ European Championships, the fight was particularly tense on the Powerpark Circuit of Alahärmä. Our drivers, supported as usual by formidable technical equipment, have always fought for the top positions with Pedro Hiltbrand on the podium, winning the third place behind Pavel Bulantsev (Ward Racing) at the wheel of a Tony Kart-Vortex. Pedro finished the heats in the first place, winning two, and closing, as previously said, third position in the final, which result allowed him to take second place in the absolute standings. Immediately after Pedro, in the overall standings, there is David Vidales, our other driver, who was forced, in the final, to start from the seventeenth position, because of a withdrawal in a heat. David made the most of his chassis quality and was able to perform an unfortunate comeback that saw him close in the top ten, with the ninth place in full points. Clément Novalak was out of the scoring area, only because of a collision, which caused his front bumper to come out of its seat. A real shame, since Clément had a great pace and had already been author of a success in the heats.

Viktor Gustafsson performed the hits in the top positions, gaining the fourth row in the final starting grid. Even in the final, Viktor ran a great race, all in the attack, cutting the finishing line in the seventh place. A penalty for his front bumper out of seat, cost our driver the 13th place, but did not cancel the excellent performance he showed off. Andrea Rosso’s debut with the Racing Team was not the luckiest, due to two accidents in two heats. Andrea missed this way his opportunity to perform a good race, but he will have the chance to redeem already on the next weekend, with the final race of the CIK-FIA European Championship.