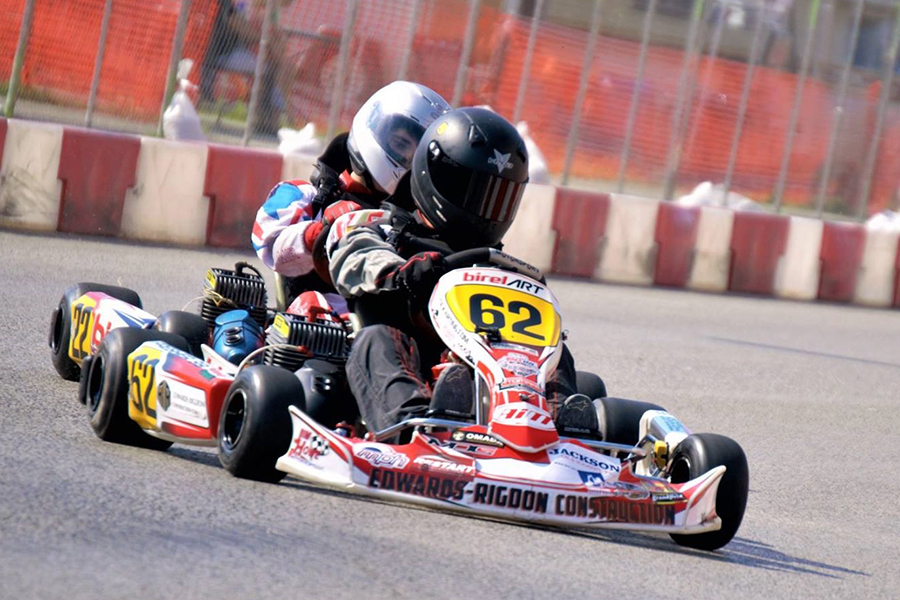 After a rocky month of June, July is turning out much better for Avon, Indiana’s Jordan Fresher as he posted a strong second place showing in the annual Southern Indiana Racing Association (SIRA) “Clinton Grand Prix.”

Fresher, 14, started second in the four-kart AMS/Oil Yamaha Junior field and ran start to finish to claim the runner-up spot in the 25-lap feature run in the streets of downtown Clinton, a mainstay on the SIRA presented by GP Karts USA and Indy Kart Werks schedule for many years.

The team’s Edwards-Rigdon Construction / Dilling Group #62 BirelART was flawless during the run although clutch issues on Saturday and briefly after practice Sunday morning tested the Jim Howe Motorsports LLC crew. Despite these concerns, Fresher never faltered and the team’s BBS Race Engine Development Yamaha was more than up to the task.

“June was nothing but problems,” team general manager Jim Howe said, “but IMS was a huge success and then to run this good in SIRA, where we’re running for points, is immensely gratifying.”

Fresher reported the kart got tight near the end of the feature but adjusted his line to make up for it. He finished second to winner Eli Fox, with Alexander Klement and Layton Pulliam third and fourth.

In Saturday preliminary action, Fresher claimed third and second in the twin ten-lap heat races. Fox won both of those events and started on the pole of Sunday’s feature.