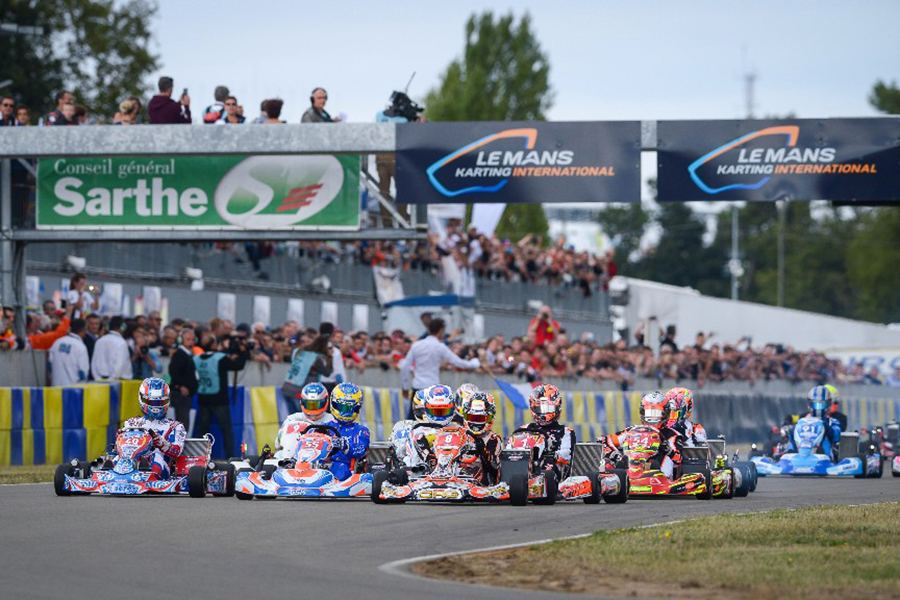 The 2nd edition of the CIK-FIA Endurance Championship will take place within the 24 Hours Karting at the Le Mans Karting International circuit on 30th September and 1st October. Although the participation of the big official teams is already certain, suspense remains regarding the complete entry list for the 32nd edition of this great classic of endurance karting, unique of its kind. One thing is certain, the battle for victory, once the clock has been round twice, will be more competitive than ever.

Two and a half months before the event, speculation is well under way with regard to the participants of the 2017 24 Hours Karting. At the recent CIK-FIA European Championship at Le Mans, the ACO was able to gather information firsthand on the teams likely to chase the title of CIK-FIA Endurance Champion which will be decided in the GP1 category. The great success of the karts from the OK category when they entered the scene in 2016 interested the major players in the discipline. The CRG factory caused a sensation by taking up the challenge of the 1st edition despite its lack of experience in endurance, even though its efforts were not rewarded by victory. The Italian brand will again be present in 2017 with several teams and lessons learned from the previous competition. CRG’s ambitions will be much stronger this year.

But it is the end of a reign that dominates the 2017 racing news. Claude Jamin has decided to hang up his cap as the manager of genius of the legendary team Sarthe-RTKF. Winner of the first CIK-FIA Endurance Championship last year, he is revered for an incredible winning streak of eight wins in a row in the 24 Hours Karting. The Sarthe-RTKF record will be hard to beat.

Succession is already well organised as Sodikart has decided to take up the challenge on his behalf, taking advantage of the phenomenal experience of Claude Jamin’s team on the Sodi chassis which has so often dominated at Le Mans. The battle promises to be superb between the two factories who also compete in sprint in international KZ competitions. It is also not unlikely that other brands will join the fight.

Another confrontation promises to animate the 24 Hours Karting 2017, that of the engine manufacturers. The three leading OK engine manufacturers, the Italians IAME, Vortex and TM Racing, find this great endurance race to be both a unique experimental field and an exceptional showcase for their products. Directly engaged in this competition or backing up renowned tuners, these big factories have clearly understood the importance of fighting for victory at the 24 Hours.

Chosen in 2016, LeCont tyres have been retained for the upcoming edition.

The show will not be limited to GP1 competing in the CIK-FIA Endurance Championship. GP2, GP3 and GP4 are always welcome at Le Mans for the 24 Hours Karting. Without front brakes this year, these categories will offer racing as intense as it is exciting.

The ACO devotes all its energy to the preparation of the event, in direct collaboration on the ground with its karting club ASK ACO. The list of entries is far from complete. It is certain that a maximum of 40 teams will be able to start on Saturday 30th September at 3pm precisely, with no lack of surprises …