Kosmic: Six Karts in the Top Positions of OK Class in Le Mans 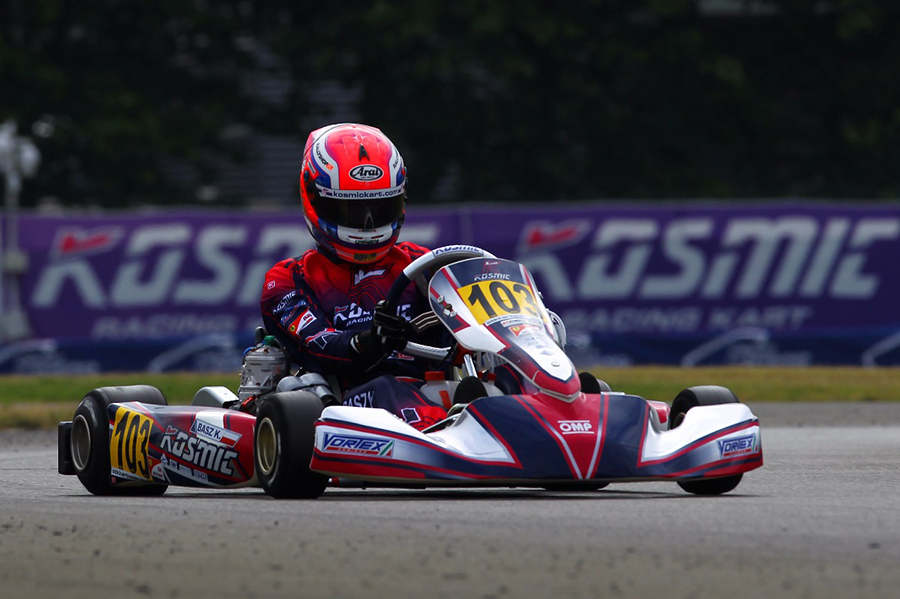 The competitiveness in Le Mans was clear, despite we failed in the final, our drivers Pourchaire, Basz and Milell are running for the OK title. Stanek, in OKJ category, performed an outstanding recovery both in the qualifying heats and in the final result.

OK: The third European round in the Mans opened with a pole position of Théo Pourchaire (group-2). In the heats the Kosmic Kart chassis allowed Pourchaire and Basz to make their best, winning two rounds each so to win the second and the ninth place in the final grid. Even Noah Milell has been very competitive, he was actually always among the first drivers and obtaining a great seventh place in the final grid. In the final, just Noah managed to recover some good positions, signed the best lap of the final (52.178) and crossed the finishing line fifth, ahead of Karol. Unfortunately, Théo, already winner of the European Championship’s opening race, was stopped due to a contact and had to withdraw at the sixteenth lap. The Le Mans round is the third out of five, and Pourchaire, Basz and Milell take the second, fifth and sixth positions, respectively. Our three drivers are all very close and have great chances of competing for the title until the final round.

OKJ: The difficult qualifying heat run under the pouring rain did not discourage Roman Stanek and our technical staff. In fact, we showed all of our competitiveness by making a formidable comeback. Roman’s recovery was clear in the heats, with the fifteenth place. But it continued and finished with the sixth place in the final, a result that saw us recovering not less than fifty-four positions, signing a record.

KZ2: Well confirmed in the final, Axel Bengtsson fought bravely in the central group. The roughness of the tussle cost our Axel a collision which caused the front fairing to detach from its seat and so, at the end of the race, penalties have come. Oliver Rasmussen’s access to the final was missed by only two points of penalties, a real shame since even Oliver proved to have the rhythm to enter the final and win other good scores.