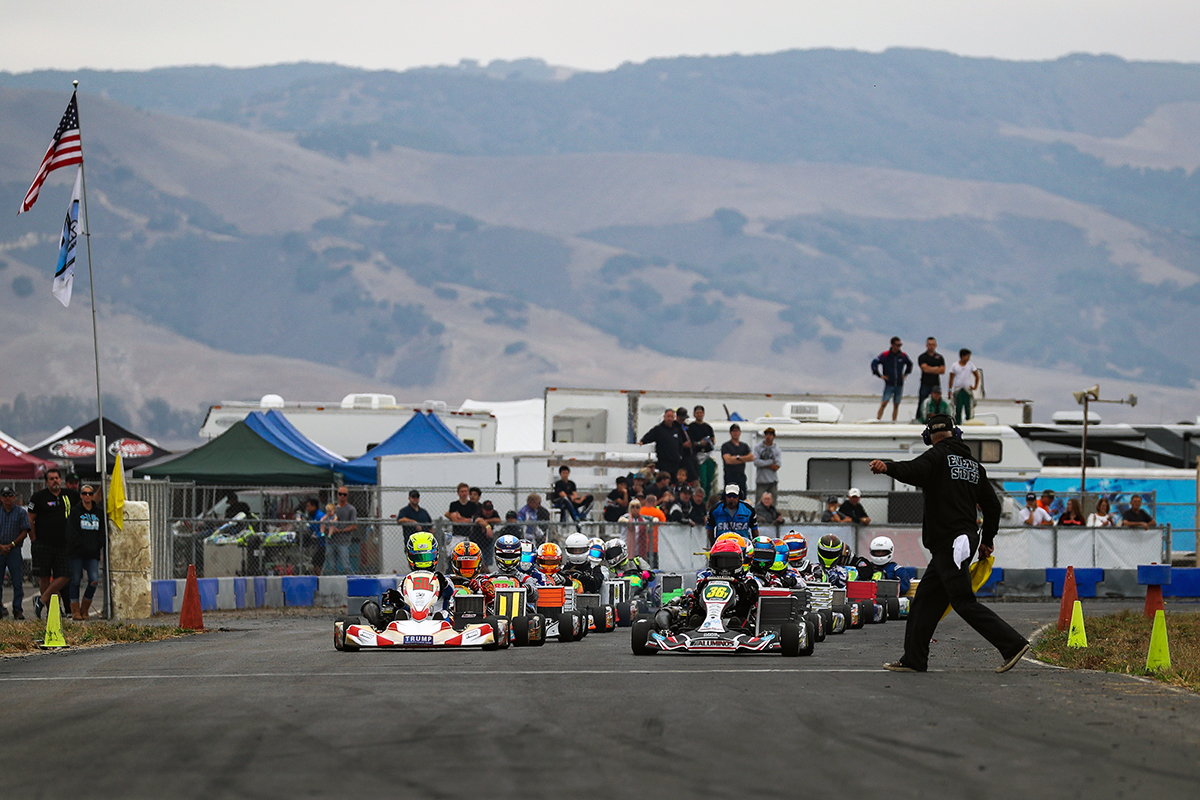 Round Four of the California ProKart Challenge is set for July 7-8 at the Santa Maria Kart Track (Photo: DromoPhotos.com)

The halfway point is here for the California ProKart Challenge with the first three rounds of the 2017 championship chase in the books. The remaining three events are on the horizon, with the Superkarts! USA regional program heading back to the Santa Maria Kart Track on July 7-8, home of the Santa Maria Karting Association. A number of the 10 championship battles remain up for grabs with only a select few with a chance to battle down the stretch for the titles. A number of series regulars are at the IKF Sprint Grand Nationals at Santa Maria this weekend, working for a chance at earning the prestigious ‘Duffy’ trophy while putting in work preparing for the California PKC event.

Billy Musgrave remains the driver to beat in the Vemme Kart S1 Pro Stock Honda standings. Musgrave has three straight wins in 2017, with Hunter Pickett the top challenger in the championship chase. Defending Formula Works/CompKart X30 Senior champion Nicky Hays remains at the top of the standings following a tough outing in Round Three. Hays’ lead is down to just 45 points, with CalSpeed winner Michael Avansino closing in. Andrick Zeen and Nick Ramirez remain in the hunt.

Jason Pettit remains the championship leader in the Mad Old Nut/Mad Croc USA S2 Semi-Pro Stock Honda division. Aaron Aguirre closed up to just 61 points back, thanks to his victory at Round Three. Round One winner Kyle Wick and Kol Bailey now look to close the gap in Santa Maria. The gap is only 11 in the Nash Motorsportz S3 Novice Stock Honda standings, with Anthony Fontana leading Keawn Tandon. Zach Pettinicchi sits third with Evan Jonker in fourth.

Three podium finishes in the first half of the season has Jess Peterson at the top of the Phil Giebler Racing X30 Master standings. Finishes of 1-2-3 give Peterson a 58-point advantage heading into Santa Maria over Travis Irving, with Round One winner Nick de Graaf still in the hunt. Rob Logan extended his lead in the Mike Manning Karting S4 Master Stock Honda division, holding three straight podium finishes. Nick George and Vivek Tandon are the lead challengers, needing a solid weekend in Santa Maria to close the gap. Three straight wins has John Crow as the driver to beat in the Musgrave Racing Company S4 Super Master Stock Honda category. Jonathon Allen is the next highest driver in the standings with two podium finishes on the season.

Trey Brown has cemented his name in the running for the Ryan Perry Motorsport X30 Junior championship. Two wins has put him out front in the standings by 191 points over Zoey Edenholm. Joseph Daniele scored the win in Round Three. However, he still trails by a large margin in the standings at the halfway point. Jonathon Portz remains at the top of the standings in the Outsource Utility Contractor Corporation Mini Swift division. His lead extended a few points to 125 markers ahead of Kai Sorensen, with Daniel Inzunza running third. Logan Toke and Enzo Deligny are separated by just 29 points at the halfway mark of the PKS Kart Supplies Micro Swift title chase. Stephen Eisert makes it a three-driver battle, all within 60 points.

Race entry for the fourth round of the California ProKart Challenge is open now, with the deadline for online registration for the event set for Monday night, July 3 at midnight. The discounted price is just $325 for entry and stamped race tires. Move-in for Round Four of the California PKC begins on Thursday, July 6, at Noon – with ‘early-bird’ registration check-in at the track offered from 3pm to 6pm. On Friday, the gates and California PKC registration desk opens at 7:00am, with the official practice day beginning on track at 9:00am and practice sessions running until 5:00pm. Pit spot reservations are available and highly recommended, along with overnight camping. Complete race and venue information, along with a tentative weekend schedule, host hotels and on-site camping information, can be found at the California PKC Event Page.