CIK European Championship: An Appointment Rich of Events in France 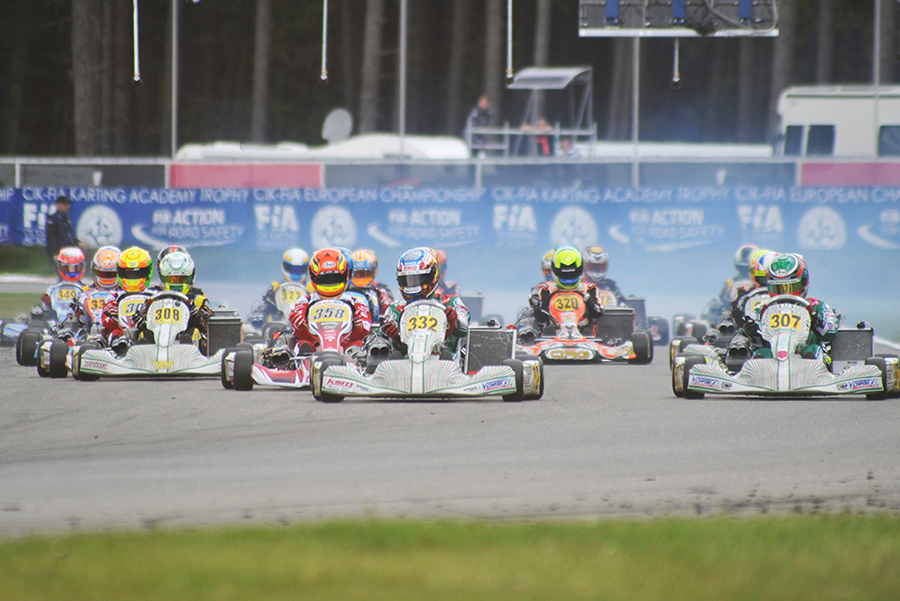 From 30th June to 2nd July, Le Mans (F) hosts the fourth event of the CIK-FIA European Championship for OK, OK Junior and KZ2, and the Karting Academy Trophy – 2nd round. The live streaming on www.cikfia.tv and www.cikfiachampionship.com, followed by the special report on Motorsport.tv.

International kart racing enters the summer season: in one month, all the European titles will be awarded. The first out of three final events of the CIK-FIA European Championship is going to be hosted from 28th June to 2nd July by the circuit in Le Mans, an event reserved to the OK, OK Junior and KZ2 categories, together with the Karting Academy Trophy. Then, in July, the following rounds in Alaharma (FIN) and Kristianstad (S), where we will know the names of the new European Champions. The Le Mans Karting International is a 1384-metre-long circuit, officially opened by Alain Prost in 2013. It is set within the track which, last week, hosted the world-renowned 24 Hours: a place which is definitely part of the history of Motorsport. It is here that the nearly 300 entrants, among them the best kart drivers in the world, will fight for the standings of the European Championship. The OK and OKJ Champs is halfway through, before the two final rounds in Scandinavia. The KZ2 is at its penultimate event before the grand finale in Sweden. Also the young drivers of the Academy Trophy are at their second round, before the season’s end in Finland.

The event on video.

The racing programme of Le Mans is beginning on Friday 30th June with qualifying practice; then, on Saturday 1st July, the heats and on Sunday 2nd the final phase. The media coverage by WSK Promotion will guarantee the live streaming on cikfia.tv and cikfiachampionship.com: the appointment is on Sunday 2nd July at 10:10am for the broadcast which is lasting all day, until the Finals of the four categories. On Motorsport.tv, the following week, the special report.

There are lots of frontrunners in OK: the Spanish David Vidales is leading the category since the last round in Spain; behind him, his team-mate, the English Clement Novalak (both on Tony Kart-Vortex-LeCont), with the French Theo Pourchaire (Kosmic-Vortex) behind them. Three Brits lead the OKJ: Harry Thompson (FA Kart-Vortex-Vega) is in first position ahead of Jonny Edgar (Exprit-TM) and Cristopher Lulham (Tony Kart- Parilla). In KZ2 (above, a photo of the first round in Genk, Belgium), the Italian Matteo Viganò (Tony Kart-Vortex-Bridgestone) will have to fend off the attacks of his fellow countryman Alessandro Irlando (Sodi-TM) and of the German Leon Koheler (Tony Kart-Vortex), while in the Academy the Dutch Mike van Vugt leads, after achieving maximum score, ahead of his fellow countryman Tijmen van del Helm and of the Belgian Xavier Handsaeme (all on Exprit-Vortex-Bridgestone).