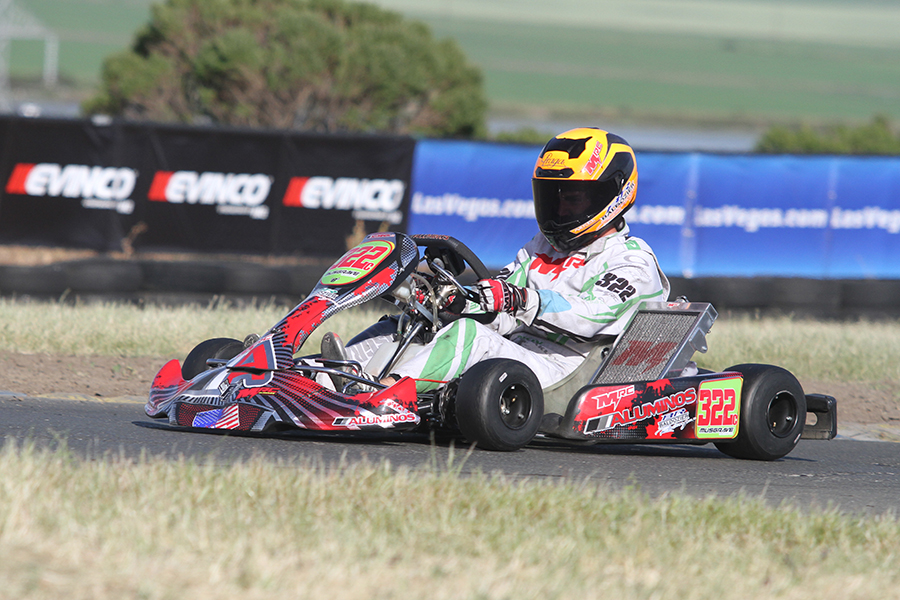 The Simraceway Performance Karting Center is the home facility for the Aluminos operation. The Sonoma, California circuit is where many laps of development were taken when the Aluminos chassis was created. Development continues with the brand to keep providing the best product for their customers. In return, the Aluminos drivers continue to gain solid results at the Superkarts! USA Pro Tour, claiming a victory and numerous top-five finishes at the recent SKUSA SpringNationals held at the Simraceway circuit on May 5-7.

Two race weekends, two victories for Aluminos in the S1 Pro Stock Honda division. Hunter Pickett scored his first Pro Tour triumph in March at the WinterNationals, while Musgrave took home his first aboard an Aluminos at the SpringNationals. Musgrave was a contender all weekend long, placing fifth on Saturday. Sunday, Musgrave was top-three until getting pushed back on the final lap of the Prefinal to seventh. The MRC driver fought his way forward in the main event, eventually taking the lead with two laps to go. A hard battle commenced in the final two circuits, with Musgrave crossing the line second until the provisional winner was removed in post-race tech, thus handing Billy his third SKUSA Pro Tour victory in three years. Pickett put two Aluminos drivers on the podium, placing third in the final classification for his second trip to the steps this season. 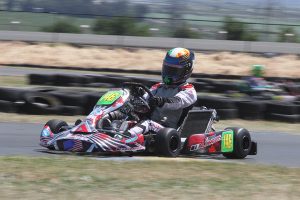 Claiming two top-five finishes on the weekend is S2 Semi-Pro Stock Honda pilot Jason Pettit. The Aluminos driver was among the top drivers in the category all weekend long, placing fifth in Saturday’s main event before improving one position to fourth on Sunday. The strong performance at the SpringNationals has put him among those challenging for a top-three finish in the championship standings. 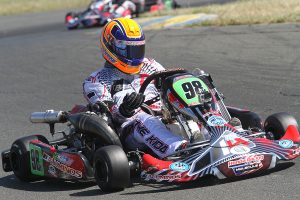 Carlos Calderon was the lone Aluminos driver in the X30 Master category. Calderon improved from seventh in qualifying to end Saturday’s round of racing one spot off the podium. Sunday was a hard fought battle, that saw contact in the Prefinal drop him down the running order late, bouncing back to 14th in the main event.

The operation is planning to provide shifterkart and TaG packages for Arrive-and-Drive opportunities at other Northern California Karters road racing events throughout 2017, in addition to their support of the Sanzaru Games Karting Championship and California ProKart Challenge weekends. The Aluminos operation can tailor a program around each customers’ needs. For more information regarding the Aluminos chassis, or the successful race team, visit www.aluminos.com or check them out on Facebook.