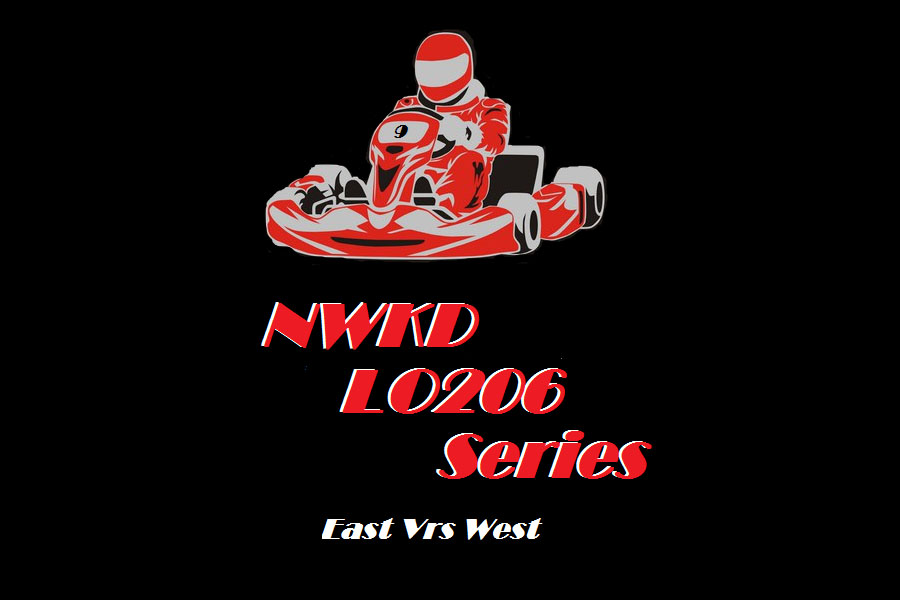 The Northwest Kart Date’s LO206 East Series was underway in Spokane, Washington. The weather was near perfect and racing was tight and everything that the Series wanted to bring to Spokane Karting’s club. The Spokane Karting officials were on point and based the race day all around having fun and having good safe racing. The NWKD’s owner said this about Spokane’s Track, “Spokane is a track that is based off having fun and family, I have not been to another track that was about having fun and helping others as much as this track, this is a top notch track for attitude.”

Harrison Budzeck and Ryan Hanson and Tony Schaaf are the Junior One racers who raced at NWKD 206 Series Round one at TCKC. Ryan Hanson and Harrison Budzeck was very close in times all day, But it was no surprise that, local racer, Riley Miller was a rocket in qualifying. And the heat race. Problems with not having full throttle in the Main event put Riley Miller out of the top five.

There was only two Junior 2 LO206s. Edward Reynolds would be untouched as he lead the Junior 2’s main event. Gabe Tesch would come in second as he was two laps behind. Edward Reynolds is one of the best attitudes at the track. He is always in good moods and positive. This is Edward’s second year and he is really improving each lap. He is one to watch in the coming years.

The Senior 206 Race was the one to watch each and every race. In our preview of the race, we said that Andrew Zimmer was one to watch and he proved us all right. Zimmer, the 2013 SKUSA ProTour Senior Tag National Champion, blew up a Briggs LO206 early in the day and would miss Qualifying and the heat race. That allowed the Northwest Kart Dates’ East Points leader, Justin Walsh to secure fast time in Qualifying.

Spokane Karting inverts each and every heat so Justin Walsh and McKinzie Walsh started in the back and would have to prove themselves to win the Pre-final. Justin Walsh would secure the lead on lap six. McKinzie would not be able to pass and would finish fourth, Ray Tozzi would come in second and Steven Morris would come in third in the Pre-Final.

Early engine problems did not stop Andrew Zimmer to be able to start the main event. Zimmer would be placed in the back as he did not run Qualifying or the heat race. Cal Camara would start the Main event and hold the lead as Andrew Zimmer, McKinzie Walsh and Justin Walsh would work their way through the field. McKinzie and Justin Walsh would catch Cal Camara. Cal blocked and weaved down the straight away until Justin Walsh bumped Cal and would allow the fast three racer to be able to pass Cal Camara and would him into fourth. Justin, Zimmer and McKinizie was space the whole field after they passed Camara as they were much faster than the rest of the field.

Andrew Zimmer would secure the top spot on lap 13. McKinzie Walsh didn’t make it easy and would not let Zimmer run away with the win as she tried to battle and find any hole she could. Justin Walsh was running third and posting the fastest laps of the race and was making up time on the leaders. The laps weren’t enough as Andrew Zimmer was able to hold off McKinzie Walsh by 0.209 for the Main Event win. Justin Walsh would finish third place and he would run the fastest lap of the race at a 52.272 on the last lap.

The turnout was very good for the events going on in the Northwest during the same weekend.

Can the 2013 SKUSA ProTour Senior Tag National Champion, Andrew Zimmer, make the trip down to Tri-Cities and bring home another win or can Justin Walsh keep his winning streak at TCKC for club races alive or will Walsh’s wife, McKinzie Walsh, be the third different winner for the NWKD 206 East Series.