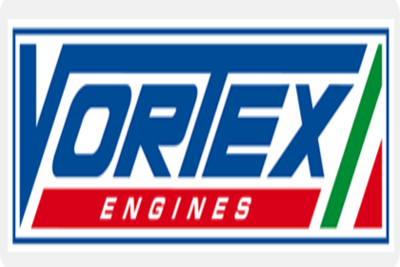 In the middle of the season the first balance of the results obtained by the Vortex engines is definitely positive. There are lots of successes gained in both single-speed and shifter categories, confirming once more how the products of the Italian engine Manufacturer are at the top of karting world.

The beginning of the season knows one word only: victory. The DDJ engine wins the top four most important races of the season: WSK Champions Cup (Adria), Winter Cup (Lonato), WSK Super Master Series Rnd.1 and Rnd.2 (Adria and Castelletto di Branduzzo). At the end of the 4 races of the WSK Super Master Series, the Vortex DDJ wins and takes 7 out of the top ten places in the final standings.

The most engines checked on the occasion of the 4 rounds of the WSK Master Series is marked Vortex: 61% of OK engines on track come from the OTK group company. Among them there are also the winning engine of the Championship as well as the 7 engines placing in the top 10 of the final standings. So, the European Championship is even more … Vortex. In the first round at Sarno, DDS takes the whole podium: first, second and third steps won. That’s not all: actually, the whole top 10 of the final is signed Vortex DDS.

In the 4 rounds of the WSK Super Master Series we gained not less than 11 heats; 2 wins in the pre-finals and 2 wins in the final. All seasoned with 1 pole position and 11 best laps recorded in the heats, pre-finals and finals. In the first two rounds of the CIK-FIA European KZ Championship, there are 4 victories in the heats (out of 6); 5 best lap times, including the Genk final and 2 pole positions: in other words, either in Sarno or Genk, the fastest engine on track was a Vortex RKZ. Still in Genk, Belgium, the first round of the European KZ2 championship takes place and the debut is great: Vortex conquers the first and third steps of the final podium, wins 5 heats out of 10, scores 5 best lap and gains the pole position: so, in KZ2, at Genk, the fastest engine in the qualifying lap is once more marked Vortex.

Also in the category of the youngest drivers, Vortex conquers a series of successes. 7 heats, 3 pre-finals and 1 final are the victories won in the 4 WSK Super Master Series rounds. Last but not least next to 2 best laps and 1 pole position.