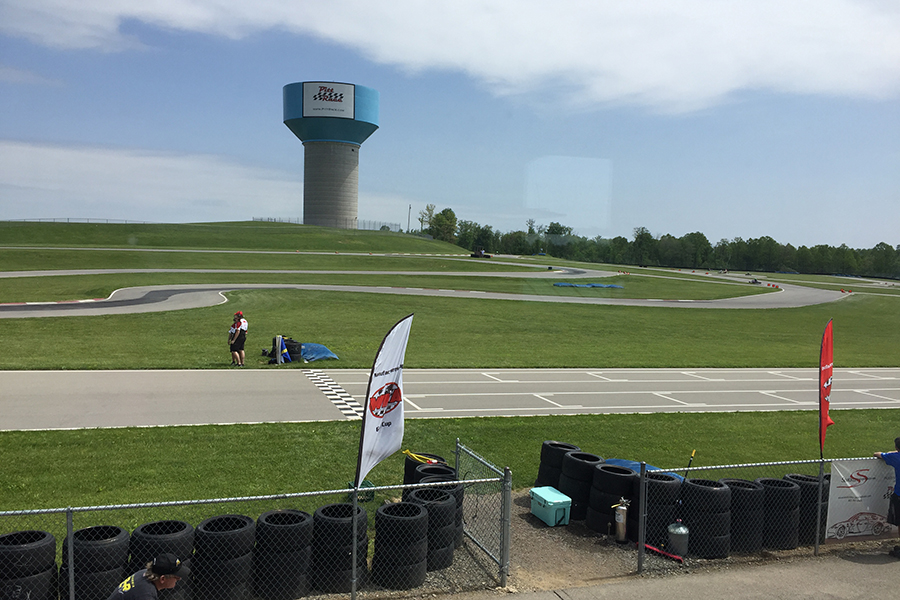 EKN’s Paddock Insider is a new Trackside coverage addition, bringing you notes, updates and breaking news as it happens. The article will be a timeline of events as they happen during the 2017 WKA Manufacturers Cup Series at the Pittsburgh International Race Complex in Wampum, PA. The information will not be seen anywhere else, including interviews and photos. Please feel free to comment and discuss our coverage and today’s action in the EKN Global Members Discussion area below: For complete coverage head to the EKN Event Page. Also, tune in all weekend long to the live audio and live timing at eKartingNews.com/live 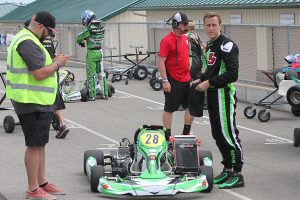 The TB Kart brand continues to branch out in the United States, now reaching from coast to coast. TB Kart USA is headquartered in Florida, with a growing customer reach developing up the east coast, and now along the west coast in California – including its rental kart program being introduced at new and old tracks. Lead team driver AJ Myers has been hard at work, developing the AJ5 chassis, and enters this weekend leading the championship with a victory in Daytona. Myers is here along with local driver Ryan Raffa jumping on-board the mean green machine with support from Checkered Flag Motorsports. Christian Marsh from Focal Perspective Media is here filming a promotional video for TB Kart USA. Something we look forward to seeing and sharing. 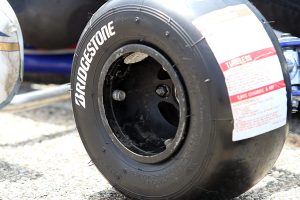 The new ‘Bridgestone’ stamp on the tires (Photo: EKN)

Away with the ‘tape on’ bar code, and back with the stamping of Bridgestone tires. Issues arose during the WKA Winter Cup program with issues of bar code swapping – along with an issue of different ‘Bridgestone’ labels. Drivers were taking their used tires and switching them out for new between qualifying / Prefinal or Prefinal / Final. With that, WKA Tech Officials have implemented the stamp procedure until bar codes return in the manufacturing process of the tire. In addition, Margay Racing – a distributor for Bridgestone tires – is handling the trade program for racers to ensure they are on the new ‘Bridgestone’ labeled tires. During the Winter Cup, competitors noted differences between the two styles of labeled tires and thus, Bridgestone is providing a 1 for 1 exchange. Here is the statement from WKA and Bridgestone.

Added to the championship program is prizes offered by Bridgestone. The new Bridgestone Mid-Season Shootout will be a mini-series between Pittsburgh, New Castle and Dousman. Those who accumulate the most points over those six rounds of racing will earn a ticket to the Rok Cup International Final in Lonato, Italy. Bridgestone will send the top point earner in Pro IAME Senior, Pro IAME Junior, Pro Swift Sportsman, and Mini Swift a full ticket to the October event. It will be interesting to have a championship within a championship. 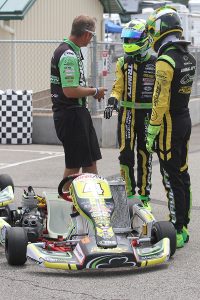 This weekend marks the debut for the Trinity Karting Group supporting the Birel ART chassis. For years, the Birel line was among the top chassis brands in the series with the MRP Motorsport operation. Trinity  has been working over the last two months testing the product both at its home circuit and at KRA races at New Castle. The Bayliff brothers Finnegan and Gavin are racing in the Pro IAME Junior with other customers competing in other categories on the weekend. The partnership with open wheel team Team Pelfrey continues to thrive, with a number of drivers from the Trinity Karting Group development program moving up the motorsports ranks. The Cincinnati-based operation continues to welcome a strong number of competitors at the KRA program, looking to take more customers to the bigger events like WKA Manufacturers Cup and the Superkarts! USA Pro Tour.