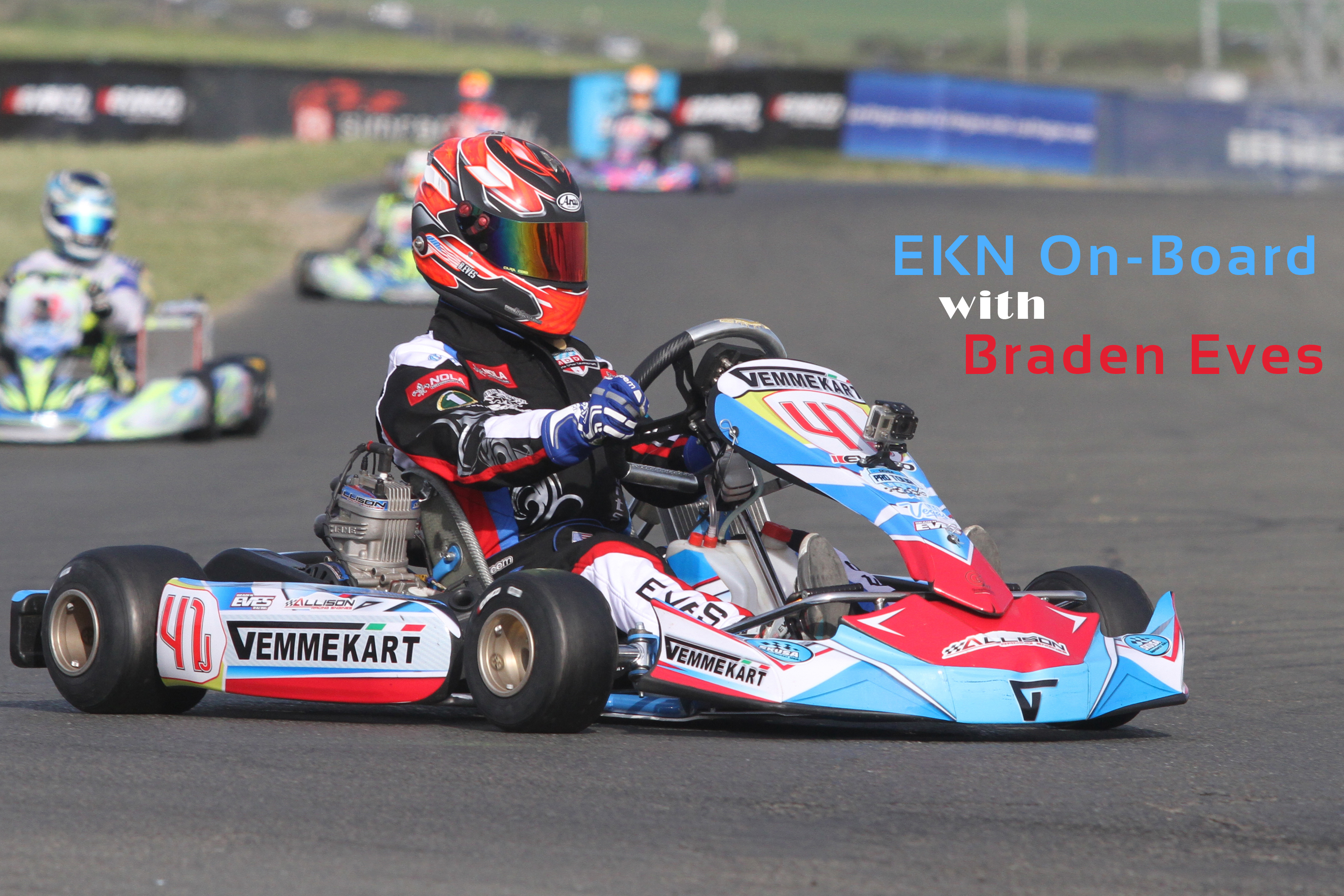 The 2017 Superkarts! USA Pro Tour SpringNationals took place at the Simraceway Performance Karting Center in Sonoma, California. It was a homecoming for the organization, returning back to the site of the inaugural SKUSA Pro Tour event back in 2010. This year, 240 drivers took part in the second stop of the 2017 championship chase, with a sold-out X30 Senior field.

This year’s SpringNationals saw two former winners return back to the top of the podium. 2016 SKUSA Pro Tour champion Ryan Norberg ran away with the win on Saturday, backing up his win from a year ago. It was a different story Sunday, with a last lap battle ending with Braden Eves, the 2016 SpringNationals winner, coming through the excitement with victory in hand.

Ride along with Eves aboard his Vemme Kart for the entire 25-lap event, accompanied by the EKN Live broadcast – presented by Russell Karting Specialties – with EKN’s own Rob Howden on the microphone.