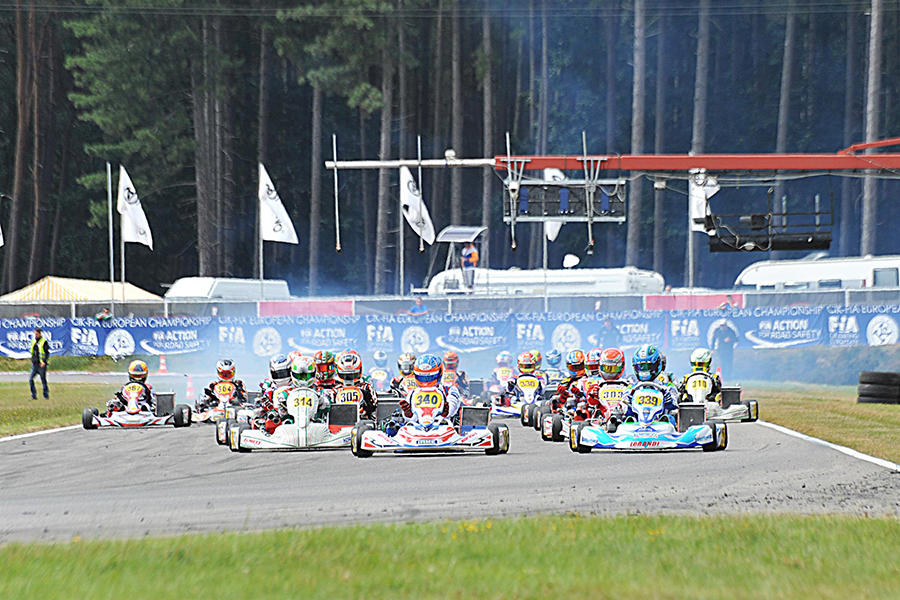 The race towards the European CIK-FIA titles has already become gripping. Next week’s event, which is taking place in Belgium at the Horensbergdam Circuit in Genk, is the second event of the season. The race is scheduled from 10th to 14th May and it is the second for KZ category, after the season-opener which took place two weeks ago in Sarno (Italy). The programme of the weekend also provides the season-opener of the KZ2 category, at its first out of three events in 2017, and the CIK-FIA Karting Academy Trophy, the one-make series reserved to the best junior talents coming from all around the world to share the prestigious stage of an international event with prominent champions. 141 drivers have entered the competition on the 1,350 metre long track in Genk, set in the forests of Limburg. Here the drivers of the KZ and KZ2 categories and their 6 gear shifter kart, together with the young Academy talents, will found a tough training ground.

The web channels cikfia.tv and cikfiachampionship.com will cover live in streaming the races, in the final day of the event in Genk. The broadcast starts on Sunday 7th May, from 10:00am, and finishes at 04:40pm, with the last Final in programme. In the following week, don’t miss the usual TV report on Motorsport.TV.

The reigning World Champion, the Italian Paolo De Conto (CRG-TM-Bridgestone), is the current leader of the KZ category after the season-opener. The Czech Patrik Hajek (Kosmic-Vortex) and the Dutch drivers Stan Pex (CRG-TM) and Bas Lammers (Sodi-TM), all in close pursuit of the leader, are eager to attack the frontrunner, while the 2016 European Champion, the Italian Marco Ardigò (Tony Kart-Vortex), is looking forward to his comeback, after he didn’t took the start in the first round. In KZ2, two Italians, Matteo Viganò (Tony Kart-Vortex-Bridgestone) and Alex Irlando (Sodi-TM) were two protagonists of the 2016 season and now they are going to challenge each other again, after finishing last year’s Championship in the top positions. Finally, the Academy Trophy: the Exprit-Vortex-Bridgestone one-make series will give its winner the opportunity to take part in the OK Junior World Championship in Brandon (GB), for an official OTK team.