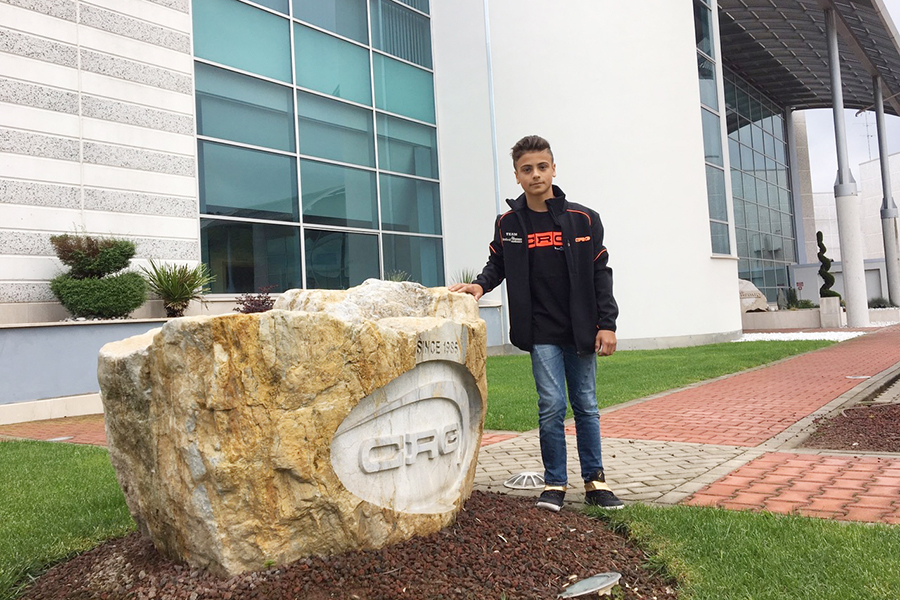 CRG is pleased to announce the collaboration with the Italian driver Leonardo Bertini Colla, who is currently competing in 60 Mini but is due to debut in OK Junior this summer.

Leonardo is 12 years old and has acquired a significant experience in 60 Mini scoring positive results, among which a podium in the ROK Championship and the 6th place at the Margutti Trophy, both on CRG chassis. He is followed by his trainer-mechanic Giacomo Patrono, who was an international karting driver and will keep working with him also within the CRG Racing Team.

The next appointment for Leonardo is the Italian Karting Championship that is underway this coming weekend in Lonato. This is going to be his last campaign in 60 Mini, before moving to CRG  Racing Team in September, when he will start a training programme in OK-Junior, eying the debut at the closing round of the DKM Championship scheduled for October 22nd. Leonardo’s season will end with the double appointment of Adria at the WSK Final Cup, where Leonardo will have the chance to acquire further experience ahead of season 2018.

The bond with CRG will provide the young Italian driver with an important chance to have high quality material, human support and management following his training and sporting growth. He will also benefit from the support of the prestigious sponsor Wurth (the world market leader in assembly and fastening materials with more than 3 million customers worldwide), in a partnership that looks at the future to build a professional career in motorsport.