Karting Concepts Taking on California’s Kart Scene with a Storm 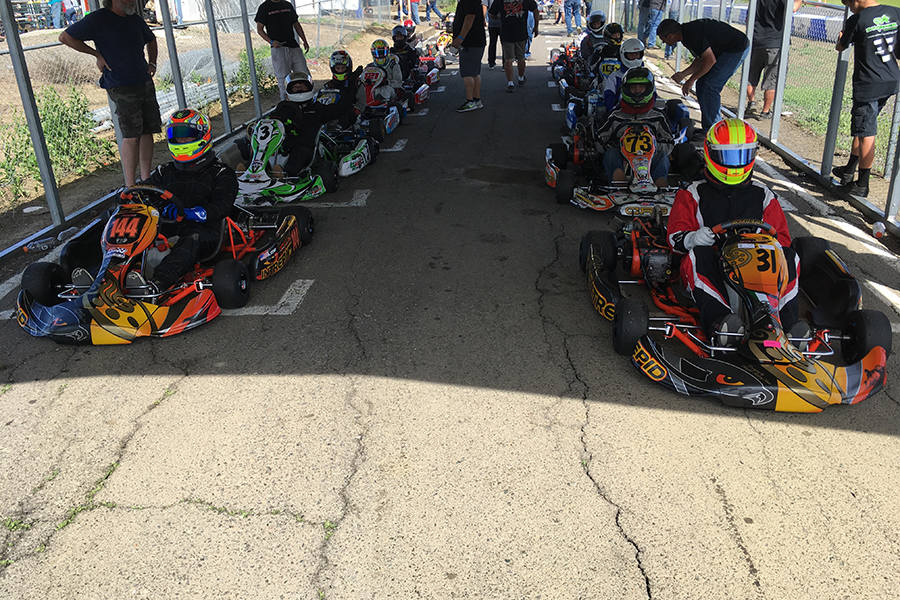 It’s been a great start to the 2017 racing season for team Karting Concepts Racing, leading in points in several different classes and series. Team principle Patrick Newton has been pushing in strides to grow the the grassroots racing over the past several years in the California region and now is looking to push hard into the racing side of things this season. Since 2013 they have been promoting the Briggs classes and started out by having 4 “demo” karts with the Briggs 206 and ran over 1000 people thru the program to introduce the general public into the sport of karting. Hard work but it definitely helped to grow the class in California and could see first hand how well these motors held up putting over 250 hours on each motor with only doing simple maintenance and oil changes, no other motor could attest to that and many of the racers in the area saw and joined in on the LO206 action. When they first introduced the 206 to the racing classes they started a series 4 Cycle Gt where they put 206, world formula, and clone all running together but scored separately in one race with lots of laps and put up purses for the top 5 finishers in each class. This way it was easy to integrate a new engine and not seem like just another class with only 3 racers of a new motor, their first one had 34 entries in the class and continued to grow! The 4 Cycle Gt is now a once a year special 50 lap race that a lot of the NorCal racers look forward to. This year they are giving away 4 new LO206 motors one for each class at their home track in Davis Blue Max Kart Club, each racer gets tickets for entering the races and at the end of the year will have a raffle, the idea is to keep people racing at the club level not just the traveling series because the traveling series needs the clubs to survive. Tracks have noticed a trend this year that people are focusing on regional series and ignoring the club races so this is an effort to keep the clubs going.

On the racing side of things the crew is really putting in a big effort to show off the teams mechanical skills, driving talent, and attention to detail. One look at the karts being built by Karting Concepts and you can tell a lot of time and effort has been put into building them, Patrick explains he and his Dad build them as if they are a piece of art, you can see an example of one of their 206 kart builds here: https://www.youtube.com/watch?v=xw4ABW4Z8Do&t=77s

This years focus on 4 stroke racing is going to be on the Intrepid F4K and ItalKart Laguna both companies in Patrick’s opinion make the highest quality karts, they’ve been having good success on the Intrepid so far this year. The team had the karts prepped just in time for the first race the super regionals which didn’t leave much time for tuning which would have beneficial at the challenging track with a lot of rubber. Now that the race was over the real tuning began and the Intrepid is getting very fast. Andrew Kemp is one driver they’re putting much of  their focus onto this year. He and his Dad Steve have been karting for several decades both IKF National Champions and really have a detail oriented program, the’re both putting a lot of focus onto the team so we’re reciprocating and putting a lot of effort into their success. Andrew is the team “test machine” and the plan is to try out a lot of ideas this season on tuning. He can go out there on a practice day and turn 100’s of laps and still give them data to analyze, his testing will be the basis of a lot of their tuning for other karts they’re dealing with. Andrew has the speed and the drive to succeed this year with a lot of accolades that follow him. Several drivers are rotating in one of their arrive and drive karts to give different people a chance at racing on their team, Jeremy Abshire and Jonathan Pinten have really been putting on a show in the masters class and it will be exciting to see what this season brings for all their drivers. Jonathan put on a real show at the first KPX race swapping back and forth with Mike Smith and the VLR team, so many people on the fence for that one. At the club challenge race both Jeremy Abshire and Jon Ban raced in the same 206 kart swapping out 40 lbs of weight between senior and master class plus they both raced in a shifter class as well so double duty, on top of that both made the podium now that’s grass roots racing. Jack Arluck is just freshly back to karting and is already showing great results and is a great addition in their tent area, he’s the quiet type that will just show up and beat you to the podium. Jason Berry everybody knows him, he’s made great improvement and expect to see him podium more this year, he’s always a great addition to the karting community and always there to offer his help and antics, it’s nice to see him and his dad out there club karting like the past. It’s really nice to see that bigger teams are showing up to the regional club races and the competition has definitely been fierce as all the racers are really stepping up their game with 100+ kart counts now the norm.

Their team dynamic is definitely grassroots based, the tent dynamic is a friendly one where you can tell that people are having a good time no matter the racing results. Everyone pitches in and helps each other out. Patrick says a lot of the reason he does this is because it’s something he and his dad have always enjoyed doing together as well as being able to spend time with their racing buddies. Patrick’s dad introduced him to karting in 1993 when karting was really alive, his dad is a big part of the Karting Concepts team helping out a lot before and after a race, it’s time we can just interact and have a good time. By the time this article comes out word will be that both Patrick and his Dad Gary will both be returning into the kart seat for some select races. The company in the tent can change on a race to race basis but one thing always remains… Good times that will always be remembered!

For more info or any inquiries into Karting Concepts visit http://www.kartingconcepts.com/ or call 530-574-1898