Little changes with French the driver to beat entering SpringNats 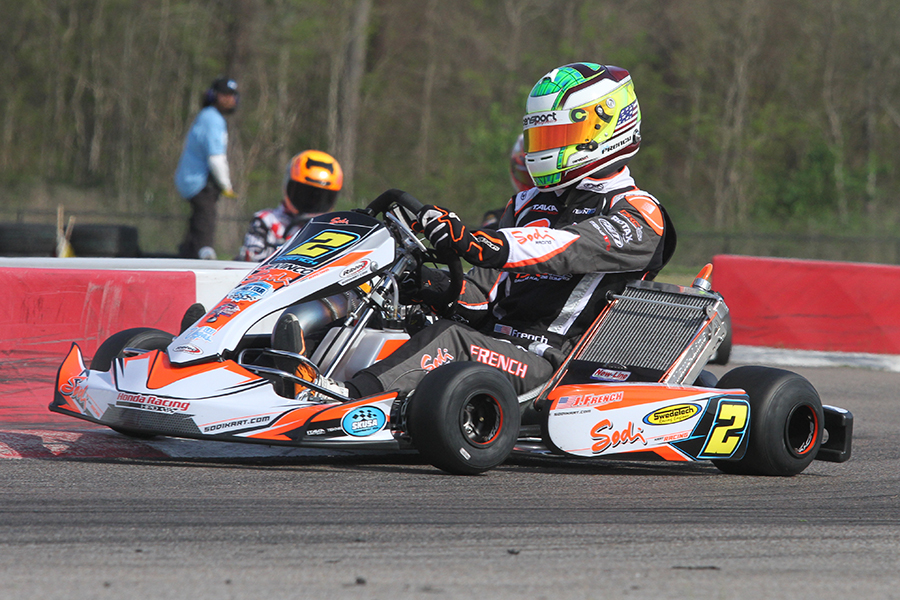 The second edition of the eKartingNews.com Driver Rankings powered by Bell Racing USA for the Stock Honda division is roughly a month after the opening standings for the 2017 were released. Not much racing took place during the month of April, with regional and club programs conducting their opening rounds of the season. The busy summer months area just ahead, with the warm weather events kicking off in style with the Superkarts! USA Pro Tour SpringNationals, returning back to the Simraceway facility in Sonoma, California.

Throughout the opening event at the inaugural WinterNationals, Jake French was in the fight for the top position in the S1 Pro class. French (DKC / Sodi Kart) came away with victory and a runner-up finish, leaving NOLA with the championship lead and moving himself into the #1 spot of the EKN Driver Rankings. Of course, the goal is to demote defending champion Daniel Formal. The 2016 SKUSA Pro Tour champ, two-time SuperNationals winner and last year’s EKN #1 is moving from DR Kart and DRT Racing, joining the Intrepid Driver Development program and Champion Racing. The SpringNationals will be the debut for the new combination. Of course, among those fighting at the WinterNats for the top spot was Billy Musgrave. Had it not been for contact in Sunday’s Final, Musgrave (MRC / Aluminos) could have added to his two wins on the SKUSA Pro Tour.

2016 SKUSA Pro Tour S2 champion Austin Wilkins (DKC / Sodi Kart) remains in fourth, ahead of fellow S1 rookie and WinterNationals winner Hunter Pickett (Aluminos). The top-five remained unchanged with the second half of the top-10 moving around a bit. The only SKUSA Pro Tour female champion Sabré Cook (Energy) is up to sixth with Nick Neri (Champion / Intrepid) falling down to seventh. Those two were among the top drivers in the US Open last year, with the NOLA event dropping from the 12-month record of the Driver Rankings.

Kol Bailey (LEM / Praga) is the third best S2 driver inside the top-10, holding eighth ahead of Kyle Wick (RPG / CRG) and Collin Daley (DRT / DR Kart). Daley’s time inside the top-10 may be limited as he is not expected to compete at the SpringNationals despite earning victory at the WinterNationals. Dropping out of the top-10 is Skyler Finley (DKC / Sodi Kart), falling to 12th. 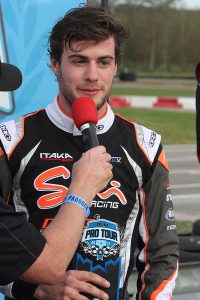 The most consistent driver throughout the WinterNationals was French. Every session on-track (Qualifying, Prefinal, Final), the Texan finished inside the top-three. Now the goal moving forward is to repeat that performance. Sonoma is not something new to French, having raced there in 2016 with the Challenge of the Americas, winning one round to help clinch the series championship. Like him, the other S1 drivers have been to and found success at Simraceway, even in year’s past when it was just Sonoma Raceway. French can solidify his championship aspirations with another solid weekend in Northern California next weekend. 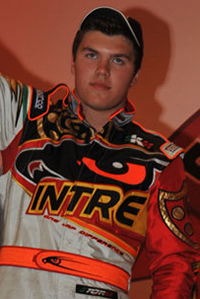 The last four years, Formal called DRT Racing home. Don Guilbeault brought Formal in to help push the DR Kart brand here in the United States, as he knew the talent Danny possesses. It helped to bring two SuperNationals victories and a SKUSA Pro Tour to the team, and further add to Formal’s solid CV. Now a new chapter in Formal’s career, moving back to the Intrepid brand, teaming with Champion Racing. It was SuperNationals in 2011 that Formal stood on the podium in TaG Senior piloting an Intrepid (pictured). A brief stint with the brand that helped to gain PRI All-Star victory and a Florida Winter Tour title. The SpringNats will be the debut of the new partnership, as we look to see if Formal can remain in the title chase needing victories in Sonoma. 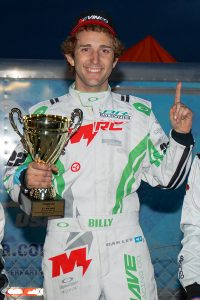 Had it not been for the hit during the opening lap of the Final in NOLA, Musgrave could have had another SKUSA Pro Tour victory. Two fast times in the two qualifying sessions put his MRC / Aluminos at the front of the grid, leading to a runner-up on Saturday. The three-time California ProKart Challenge champion is just 62 points out of the championship lead behind French, coming off a second straight win in his home state. Musgrave will look to defend the ‘Golden State’ at the SpringNationals. 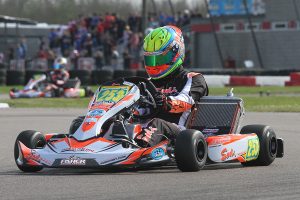 At just six races, Texas driver Riley Dickinson has moved himself into the top-50 of the Stock Honda Driver Rankings – and at only 14-years-old. At the end of 2016, Dickinson traded in his TaG powerplant for the six-speed grunt of the Stock Honda. His first outing was a victory at the Texas Sprint Racing Series, followed up by a trip to the SKUSA SuperNationals. Dickinson was impressive at the WinterNationals, putting himself at the front of the field both days, earning the inaugural victory on Saturday and backed it up with a runner-up the following day in the S2 Semi-Pro division. Just before turning 15, the pressure will be on Dickinson as he enters the SpringNationals as the Pro Tour S2 championship leader.