Aluminos Victorious in SKUSA Action on the Streets of Willow 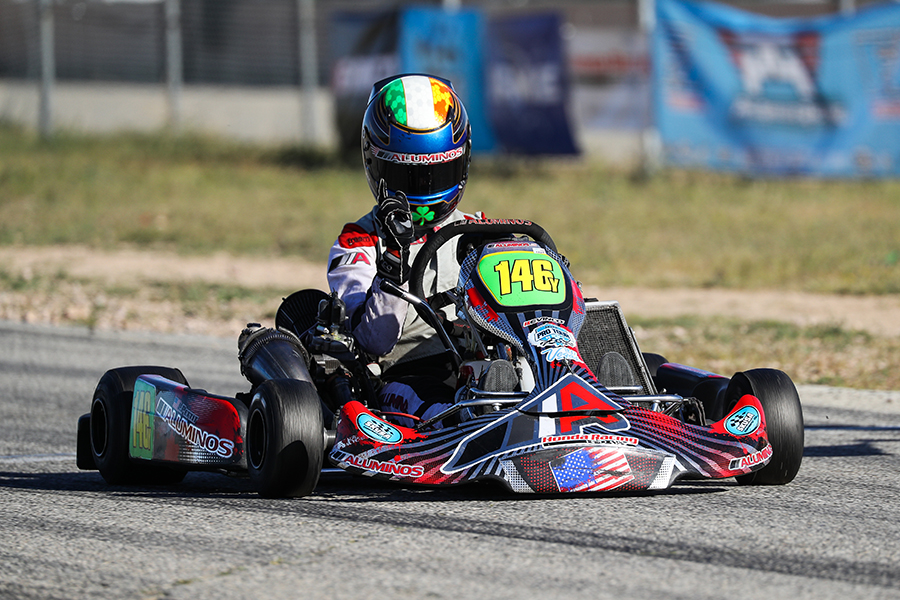 NorCal-based karting operation Aluminos continues to pad their resume with race wins and championships, and the 2017 season is already off to a great start. The team is focused on running their own Aluminos chassis on the Superkarts! USA Pro Tour and the California ProKart Challenge, while the chassis added a S1 Pro Stock Honda win to its resume at NOLA Motorsports Park at the hands of Hunter Pickett, who topped a stacked field at the SKUSA WinterNationals in March.  The Aluminos tent was packed at the recent PKC race at the Streets of Willow in Rosamond, CA on the March 31-April 1 weekend with 17 drivers representing the brand.

The Aluminos chassis carried drivers to four podium finishes on the Streets of Willow event, including wins in S1 Pro, S2 Semi-Pro and S5 Junior Stock Honda.  MRC’s Billy Musgrave is campaigning the chassis this year and topped the S1 Pro class, while Hunter Pickett and Callum Smith steered the kart to top-five finishes as well, taking fourth and fifth respectively. Add in the sixth place finish by Clinton Schoombee, and four of the top-six finishers were on the Aluminos chassis.  Jason Pettit stood on top of the podium in S2 Semi-Pro, placing sixth overall in an impressive performance for his first category victory. Brad Dunford finished fourth in S2 and 12th overall, making it half of the top-12 carrying the Aluminos colors. 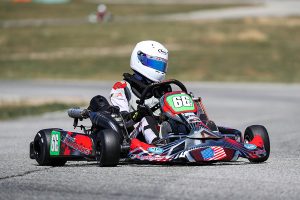 “I am really happy with the performance of all our drivers from the Willow Springs weekend,” stated Aluminos owner Rob Soares. “We have put a lot of time and effort into making our shifterkart chassis successful, and making sure we stay at the front of the field year after year. Small tracks, temporary layouts, big road racing circuits, Aluminos gets the job done.”

Soares and Aluminos driver Jonathan Allen recently traveled to the southern hemisphere to compete at the KartSport New Zealand National Sprint Championships in Invercargill, NZ. The WKS KartStore – the New Zealand Aluminos distributor – hosted the American duo as they competed in the very competitive KZ division, finishing 7th in the main event.

The Aluminos team will be back in action at the start of May, competing at their home track – Simraceway Performance Karting Center in Sonoma – at the SKUSA Pro Tour SpringNationals.

The operation is planning to provide shifterkart and TaG packages for Arrive-and-Drive opportunities at other Northern California Karters road racing events throughout 2017, in addition to their support of the Sanzaru Games Karting Championship and California ProKart Challenge weekends. The Aluminos operation can tailor a program around each customers’ needs. For more information regarding the Aluminos chassis, or the successful race team, visit www.aluminos.com or check them out on Facebook.