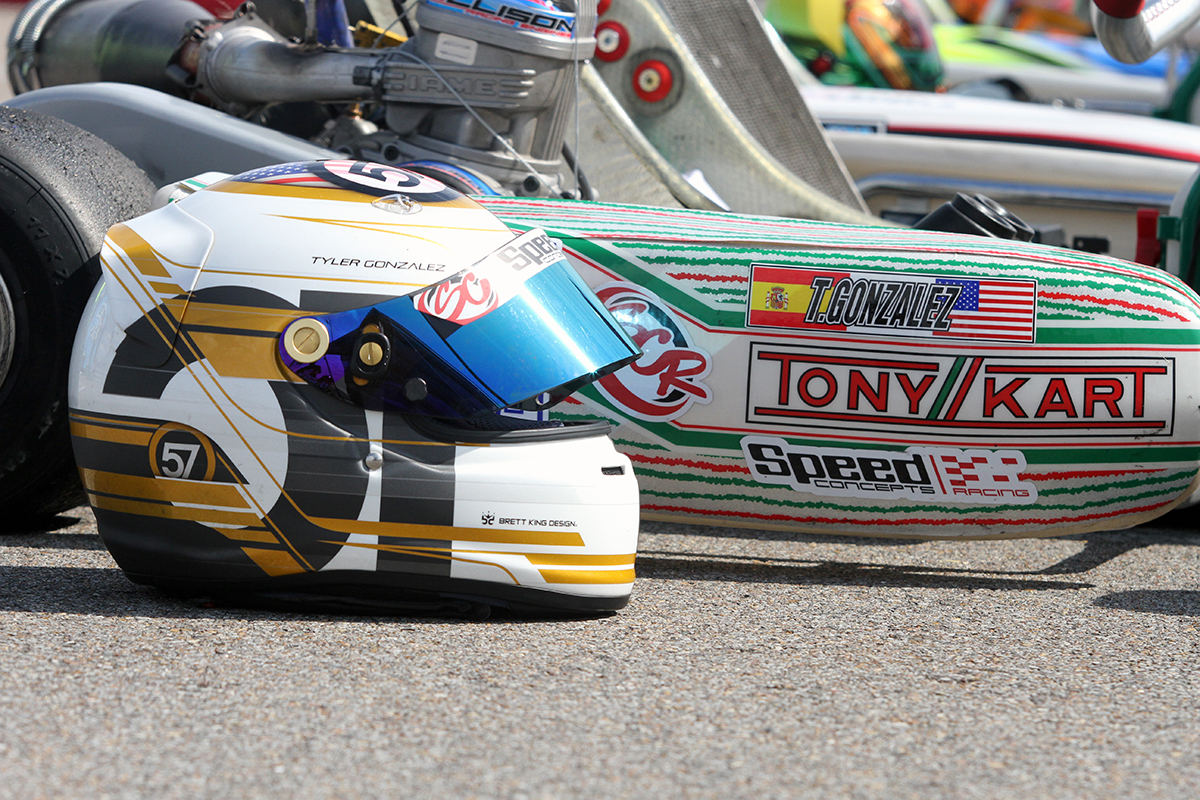 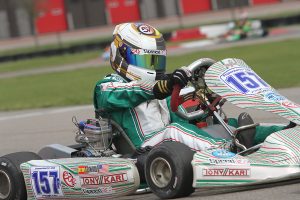 Gonzalez drove to victory at the SKUSA WinterNationals (Photo: EKN)

At the WKA Manufacturers Cup Series finale in September 2016, I saw for the first time the young Tyler Gonzalez. I had seen his results rack up in Rotax and Rok competition throughout the Florida programs and at the US Open. He made his WKA debut in the IAME Junior division one to remember, dominating the weekend to take home both main event victories. Fast forward to the SKUSA SuperNationals, Gonzalez kept his nose clean throughout the heat races, putting him in perfect position to lead 18 of the 20 laps for his first SuperNats victory.

The triumph in Las Vegas put him on the national map, and put him as one of the top Junior drivers in nation. Gonzalez has backed that up in the first three months of the 2017 season. The Speed Concepts Racing / Tony Kart driver landed on top of the podium on Day 2 of the WKA Daytona KartWeek event.

In January and February, Gonzalez put himself in contention in both championships at the Florida Winter Tour with the series holding the double weekend finale at the Ocala Gran Prix facility. Gonzalez knows when to turn up the wick, and showed at the FWT Rok Cup finale on March 10-12. Just like Vegas, he kept himself toward the front through the heat races, and jumped to the lead for the Prefinal. The long 30-lap main he fought off Arias Deukmedjian and Dylan Gennaro to earn the victory, locking in the championship.

The following weekend for the FWT Rotax Max Challenge finale on March 17-19, Gonzalez stayed in the same path, keeping himself out of trouble while remaining in contention. Gonzalez started the Prefinal on the pole position, and cross the line as the winner, only to be given a two-position penalty for contact. Tyler kept his composure, and show his dominance once again in the Final. Taking the lead for good on lap 12, Gonzalez went on to win over new teammate Tyler Maxson, securing a second FWT championship for 2017. Gonzalez will represent Team USA at the Rotax Grand Finals, set for November 4-11 in Portimao, Portugal. 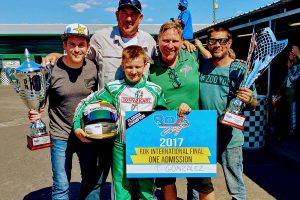 Prior to the double weekend in Ocala, Gonzalez returned to Superkarts! USA competition with the inaugural SKUSA Pro Tour WinterNationals event at the NOLA Motorsports Park facility in New Orleans. Gonzalez, like he did at the SuperNationals, was in contention throughout the weekend. Saturday’s round saw Tyler qualify second and place third in the Prefinal after leading for a few circuits. He put himself into second place early in the Final, but could not match the pace and cut the advantage Dylan Tavella had worked up, earning the runner-up step on the podium. Sunday was a new day, and Gonzalez took advantage. He came from fifth on the grid to third in the Prefinal. After getting shuffled down to sixth early, Gonzalez charged forward to put himself second behind Jak Crawford for the final lap. A great maneuver gave Gonzalez the lead on the final circuit, going on to score the victory.

Gonzalez is 20 points out of the top spot in the SKUSA Pro Tour standings, heading into the second stop on the championship – SKUSA SpringNationals on May 5-7 at the Simraceway Performance Karting Center (Tyler’s favorite track). While also competing at the SKUSA Pro Tour, Gonzalez is set to contend the WKA Manufacturers Cup Series program. The opening weekend of April, Tyler locked up the Rok Cup USA Florida regional championship at the Orlando Kart Center, also earning a ticket to compete at the Rok Cup International Final at the famed South Garda Karting facility in Lonato, Italy in October. 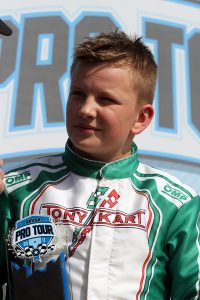 Chassis: Tony Kart
Engine/Engine Builder: A-M Engines
Sponsors: Speed Concepts Racing, Orlando Kart Center, Superior Coating Systems
Series You Compete In: Rotax Max Challenge, Rok Cup USA, SKUSA Pro Tour, WKA Manufacturers Cup Series
Years Karting: 5
How did you get started in karting? I got started in karting when we went to see Stunt Wars next door to Orlando Kart Center. We stopped by the track on the way home. We went back the next day to check it out and my dad bought me a kart.
What has been the high point in your racing career? When I received the 2016 Driver of the Year Award in Las Vegas from Emerson Fittipaldi himself.
What are your goals in racing? My goals in racing are to make it into any well known form of motorsport.
In a few words, how would you describe your driving style? I would describe my driving style as aggressive when it comes to how I handle the kart.
Funniest moment at the race track? In Kershaw on my birthday, the entire Ocala Gran Prix team pied me with whipped cream from head to toe.