Sensational victory for Sodi in WSK Super Master with Lammers 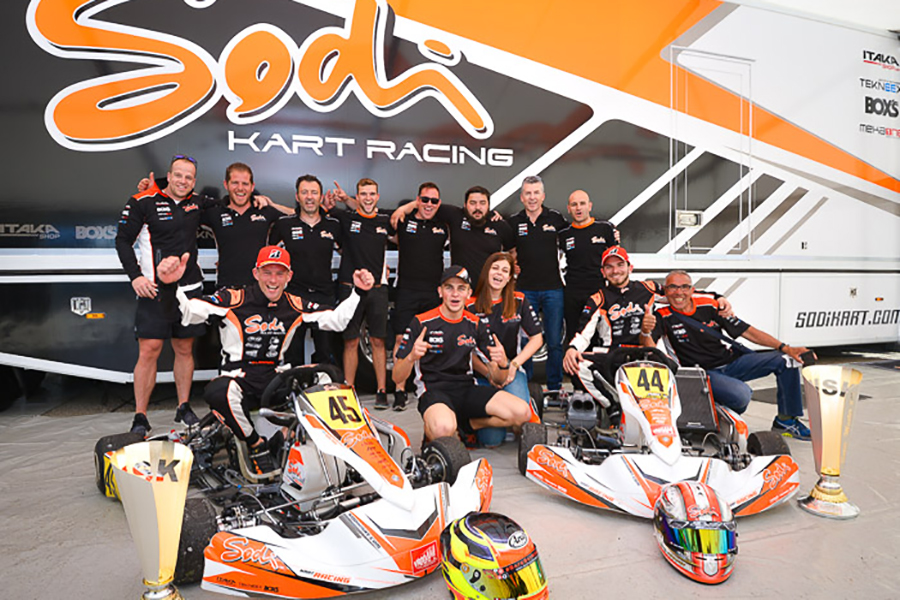 The Sodi Racing Team celebrated a great success this weekend at Sarno. For the first time, a Sodi dominated the WSK Super Master Series from start to finish in the queen category of karting. At the end of a stressful and exciting Final, Bas Lammers won the title at Sarno, taking 3rd place, while Anthony Abbasse was 2nd in the Final, giving him the 3rd place in the championship. Therefore the two factory drivers are on the podium of the championship, a first!

The performance, which owes nothing to chance, is simply magnificent. Faced with the most intense competition available, the French brand’s drivers did not miss a single podium during the four events of the 2017 WSK Super Master Series. Six times, Sodi enjoyed the satisfaction of finishing in the top three of this category which is more demanding than ever, totaling two victories and three 2nd places with a consistency never seen at this level. Bas Lammers finally won the championship with a comfortable lead, while Anthony Abbasse concluded the international series in 3rd place.

To complete the success for Sodi, we must remember that the young Alex Irlando was ranked 9th without participating in the race at Sarno and that Tom Leuillet, with Team CPB Sport, concluded the championship in 10th position. Sodi is the only brand to put four of its drivers in the top 10 of the Super Master.

As a result of Sodikart’s determination to strengthen its worldwide reputation through outstanding sporting success, this first title is based on the investment and work of the entire Sodikart company. Bertrand Pignolet confirmed this at Sarno: “Behind such a victory, there are many motivated people who mobilise all their know-how to achieve their goal. To the exceptional work of the drivers and the Sodi Racing Team, it is naturally necessary to associate the no less remarkable work of all the employees at Sodikart. I would like to emphasise again that the chassis used in competition by the Racing Team are directly derived from the production series. This is our philosophy and we are proud of it. I would also like to congratulate our technical partner, the engine manufacturer TM Racing represented by Franco Drudi, for the quality of its services to us.”

The WSK Super Master Series was an important part of the season, but the next is already on the horizon with the start of the CIK-FIA European KZ Championship. In less than two weeks, Sodi will meet a new challenge with the first of the four events on the calendar that will take place on the same circuit of Sarno. As nothing is certain in racing, a lot of work is waiting for the Sodi Racing Team to confirm its reputation at the highest level, after just a short break filled with the worthy celebration of victory.