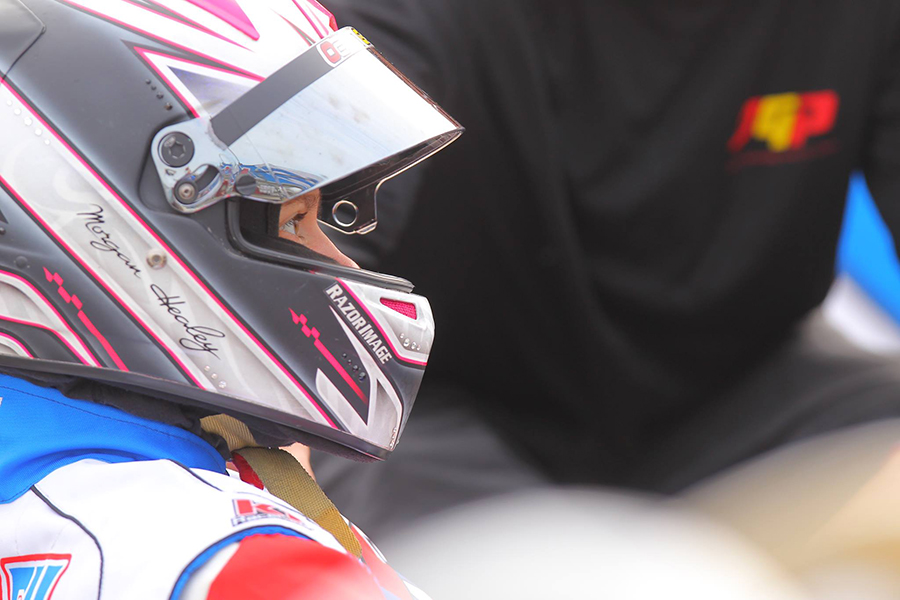 The following is a commentary from racer and race official Morgan Healey. The Florida native was long-time member of the Ocala Gran Prix race team and, most recently, an official with the MAXSpeed Entertainment group. She, like many others, has grown up in the sport of karting, from a child to now a young adult. The following is an editorial written by her about what she has been able to take away from the sport we love. 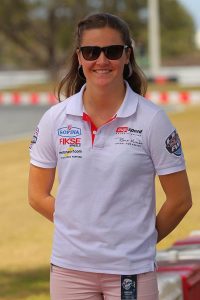 More recently then ever, everyone seems to KNOW what needs to be done to rejuvenate the karting industry and they are not afraid to share their thoughts. Although I’m not going to share my thoughts on the business side of karting, I do want to share what I have learned and would like to see in the sport of karting as a whole, the sport that I fell in love with.

Respect amongst competitors. Drivers are competitive by nature, however the drivers who respect their competition and want to learn from others are the mature racers.

Respect between racers and officials. I have worked with a few different series and a lot of different officials and I promise you that there is not an official out there who wants to determine the outcome of the race after its finished on track. Whether a decision by an official goes your way or not, grow from it and learn from it. Officials will respect the driver who takes responsibility for their actions and learns from it far more then the driver who protests a call, just to protest it.

Take pride in your performance as a driver, engine builder, mechanic and parent.

Driver. Focus on being the best driver that you can be. Focus on the basics. Race others as you would like to be raced.

Team/Engine builder. People spend a lot of money to use your services. Only deliver a product that you are proud of.

Mechanic. A lot can be learned about a mechanic by watching their actions in the scale line. Simply helping other drivers and mechanics lift a kart or congratulating a competitor after a stellar performance can gain you massive respect throughout the paddock.

Parent. I deal with many parents on daily basis during a race weekend and I can count on one hand, the parents who I have a lot of respect for. I understand that you spend astronomical amounts of money to have your child drive around in circles. However, on the bad days, blame does not always need to be placed. Some days don’t go your way, so don’t take your frustrations out on your child, someone else’s child, an official or a mechanic/team. Your kid watches you and learns from you. Please don’t be a little league parent. Never put your child in a position to have to apologize for your actions, and yes, it has happened.

I can honestly say that when I was a driver, I never once opened a rule book, EVER. In recent years, I figured that I should at least skim one. Looking back now, I wish that I would have read a rule book while racing. I might have been a bit more effective while trying to plead my case in the stewards office if I actually knew the rule that I was fighting for. Or I would have been able to point out when a competitor didn’t follow a rule properly.

Series put a lot of emphasis on the drivers meeting. If you actually listen to what is being said, you might just hear something that can determine the outcome of your weekend. Also, make a friend. There aren’t very many opportunities to talk to the people you race against without the nerves of the grid before a race, or the emotions both good and bad in the scale line following. You might just find your drafting partner.

By doing so, there will be a much happier and less stressed timing person in the tower. 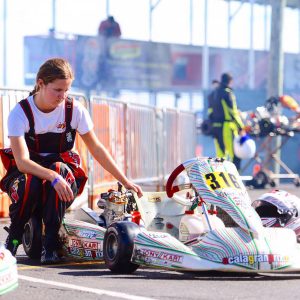 One of my favorite parts of a race weekend is walking through the pits after a race day and seeing the kids throwing a football while the parents and mechanics are in the tents stressing about finding the extra tenths. These kids have just raced against one another all day and they don’t care who won, lost or crashed. They just want to have fun with their friends. Please remember to have fun.

You will get one of three answers: money, school, or “trying to put something together in cars”. If you get the latter answer, more then likely they are covering for one of the first two answers. I promise there isn’t a driver at a track who isn’t racing who is content with not racing. I also promise that you are not the first person to ask. Nobody wants to be asked this question every race they go to. Yes, every driver who isn’t driving misses it.

With the increased amounts of national races, the amount of track days dedicated to practice and testing is decreasing. This is certainly not the drivers’ fault, rather the industry as a whole. However, the time spent at the track solely with the intention of improving your own skills and equipment without the pressure and stress of a race weekend, will be worth it, I promise. It doesn’t matter if you are on old tires or equipment that probably wouldn’t win, the seat time is invaluable. Those days always seemed to remind me of why I fell in love with karting in the first place. I was at the track, with little to no stress, with my friends, improving the skills and knowledge needed to win.

Save everyone some time. This isn’t your first kart race. You know the drill. You will always need a parent or someone to sign for you.

There were certainly a few times that I came off track and was a bit heated in the scale line. I may not have always handled it the way that I should have. Looking back on it now, I’m not proud of it. But I can say with all certainty that nothing is settled in the scale line. When receiving a penalty, yelling at the official delivering it will not get you anywhere. If anything, it will hurt your case when trying to fight it in the office. When addressing a driver who “took you out” or did something “stupid” on track, doing so in the scale line, in the heat of the moment will solve nothing. Your emotions are high and clearly agitated, but yelling and confronting the situation in front of everyone will not solve the issue and in turn will look more negative on you then on them.

I know it sounds so cliche, but please value each race that you go to like it’s your last, because someday it will be. You will not be a go kart driver/race car driver forever. All good things come to an end and your time as a driver is no exception. You may know when your last race is your last race, but you also might not. I still return to the seat every once in a while and value every opportunity I get, but I look at my last race as an Ocala Gran Prix driver and view it as my last race. Besides the embarrassing amount of tears shed that day, I learned a lot. I learned how much I valued the relationships that I made. My friendships that I made with my teammates and mechanics over the years have proven to be the friendships that I value the most.

I don’t want to get too far into the politics of karting and my thoughts and opinions on the matter, but I will touch on it a bit. When karting became a business rather then a sport, the sport as a whole lost value. I have said since day 1, that I don’t want to see one particular series, engine or tire to succeed over the other. Rather, I want the sport that I fell in love with and changed my life, to succeed as a whole. I would love for every race I compete in to have 200+ entries, I understand that I might be a bit naive to think that way. It will take a lot of time and certain individuals will have to put their egos aside, but I do honestly think that it can happen. Right now, karting isn’t healthy, but with the right changes and healthy growth, it can come back.