The karting business is open 24 hours a day, 365 days throughout the year. In the past, there were times when many saw an off-season, with little to no business conducted. Those times have past, with the sport busy with action and events all 12 months out of the year. This keeps the industry busy by servicing customers, developing new products and attending events from coast-to-coast. Here is a small recap of the first quarter of 2017 for a selected group of industry members in the karting market. 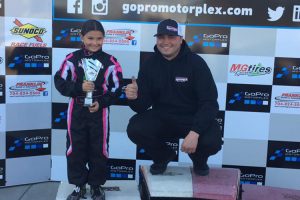 The 2017 season represents the first full year of competition for the Nitro Kart brand. Developer and company owner Nick Tucker has been working hard to his chassis under a number of Cadet drivers on the East Coast, and the effort is paying off with victories and podiums. Nitro Kart was out in full force at the WKA Daytona KartWeek in December, earning its first podium results. In March, Nitro Kart bagged its first SKUSA Pro Tour podium at the hands of Frankie Iadevaia in Micro Swift at the WinterNationals. The victories kept coming, as AKT Racing Team Nitro Kart driver Nikita Johnson scored the Micro Max win at the Florida Winter Tour finale in Ocala, while Sofia d’Arrigo gave Nitro the big trophy in Micro Rok at the recent Gearup Challenge F-Series event at GoPro Motorplex. Nitro Kart continues to support numerous drivers at the GoPro Motorplex championship series, and has Arrive-and-Drive opportunities available for SKUSA Pro Tour, United States Pro Kart Series and WKA Manufacturers Cup Series. 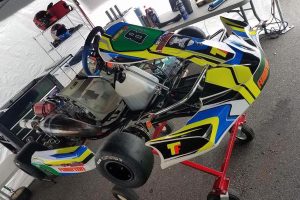 The SKUSA SuperNationals 20 was the debut of the Fullerton TF2 Shifter model under the seat of S4 driver Brian Davies. Fullerton-USA and Davies worked hard to establish a solid baseline for the temporary circuit, learning a great deal about how the chassis responds to changes. Moving forward, the partnership continued to work on development over the winter and made the 2017 debut at the Gearup Challenge F-Series event at their home track GoPro Motorplex. Davies was part of the 27-driver field of Stock Honda filled with S1, S2, S4 and S4 Super Master level drivers. Davies qualified 11th, working his way to sixth in the Prefinal. Davies slipped to ninth at the start, but with lap times similar to that of the leaders, drove back to finish fifth overall. Fullerton-USA is gearing up for an attack on the USPKS program, hosting their opening event in Mooresville on April 7-9 with Arrive-and-Drive programs available. 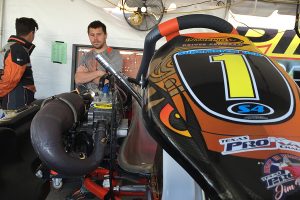 Champion Racing is certainly one of the mainstay programs in the United States karting industry and is beginning their 20th year in business. The Berryhill family has been supporting karters for two decades, and they continue their strong relationship with the Intrepid brand. Champion Racing is looking for more success in 2017, having guided Ryan Kinnear to the SKUSA Pro Tour S4 Master championship in 2016. The Norman, Oklahoma-based operation has just received a new shipment of Intrepid chassis, ranging from the shifterkart models to the grassroots level with new karts aimed at 4-cycle competitors. 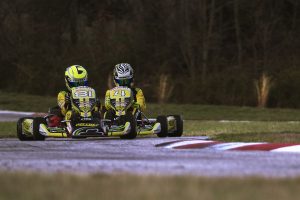 One of the newest teams to hit the major karting events for the 2017 season is Trinity Karting Group. Based out of Ohio, the operation has grown from a local / regional team to provide trackside service for their drivers at the national level, competing at the WKA Manufacturers Cup Series and selected SKUSA Pro Tour events. Trinity recently announced their new partnership with PSL Racing and Birel ART, serving as a dealer and parts source for the brand. It will be a great addition for the Italian marquee, reaching the WKA and Midwest market with a strong team and potential new customers.