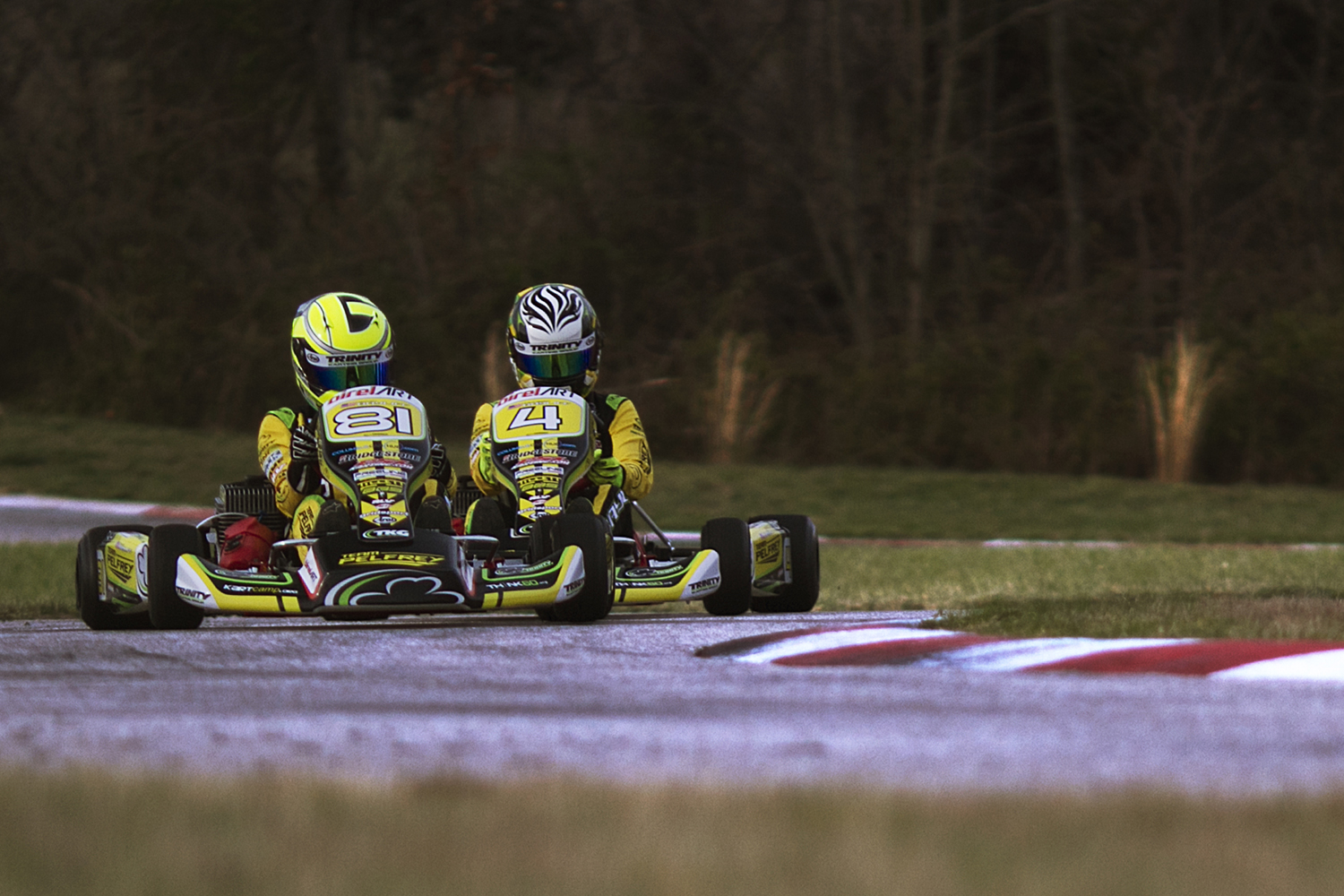 During the off-season, Trinity Karting Group officially confirmed the expansion of their program to include the Superkarts! USA Pro Tour and WKA Winter Cup.  The addition of these series to Team TKG’s schedule of WKA Manufacturers Cup and KRA club events at New Castle has positioned the operation as a major player on the East Coast, and they have cemented that focus through a new partnership with PSL Karting, the North American importer of the Birel ART chassis line.  Team TKG will now become the source for Birel ART karts and parts in the Midwest, and will be PSL’s trackside representative at all WKA Manufacturers Cup events and throughout the KRA schedule at New Castle Motorsports Park. They will also work in association with PSL Karting at the remaining SKUSA Pro Tour events in 2017, as well as the SuperNationals in Las Vegas this November.

“We’re extremely pleased to be partnering with PSL Karting to add the Birel ART line to Team TKG,” offered Shawn Bayliff, Trinity Karting Group Team Principal. “Dominic (Labrecque) and Ronni (Sala) have been great to work with and I’m excited to represent both brands through our programs with the WKA Manufacturers Cup and KRA club program at New Castle. The equipment is first-class and we have the same belief in professionalism and customer service.”

Team TKG will be back on track this coming weekend for the KRA season opener at New Castle Motorsports Park (April 1). They have over a dozen drivers under the tent for this event, and team pilots Finnegan and Gavin Bayliff will unveil the new Team TKG Birel ART packages at the race, running the RY30S8 in the TaG Junior class.  They’ll also compete in Yamaha Junior.  The next WKA Manufacturers Cup race for the team will be May 19-21 at the Pittsburgh International Race Complex in Wampum, PA.

“Shawn and his team have started to really grow in the last few years,” commented Dominic Labrecque, PSL Karting. “When the opportunity came up to work together, it was an easy decision.  PSL and Trinity Karting will create stronger brand awareness at WKA events and provide more Birel ART support going forward for 2017.”

The Trinity Karting Group was founded in 2013 by Shawn and Michele Bayliff as a spin-off from their Trinity Motorsports Group, Inc. Rolex Sports Car Program and Advanced Motorsports Composites companies in Lima, Ohio.  After a successful race driving career, Shawn ventured into team management, engineering and driver development program in multiple forms of racing, and was then reintroduced to karting in 2010 and the love and joy of racing karts flooded back in on the first lap of driving a kart again. In addition to Team TKG, Bayliff is the General Manager and Club Pro at the Motorsports Country Club of Cincinnati.  The Birel ART chassis and product line will now be available at the club’s pro shop.

TKG is fully motivated as the new season is now underway, and will be committing to full-time national competition with the WKA Manufacturers Cup, WKA Winter Cup, the full SKUSA Pro Tour and again running the entire NCMP KRA Club schedule for 2017. Custom tailored packages are available for all or one of those championships and they are looking forward to welcoming more talented drivers to their team.