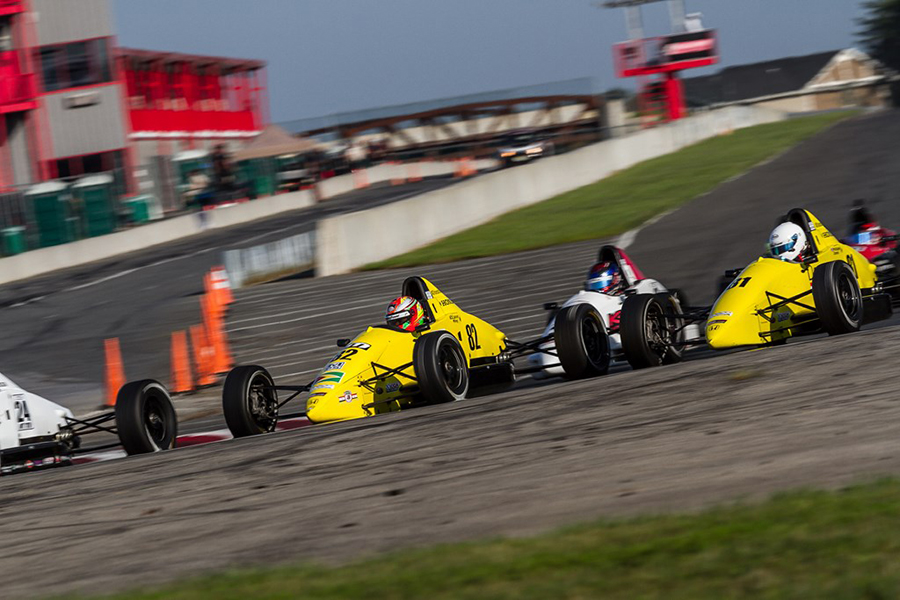 With just over a month until the Formula Race Promotions season opener at VIRginia International Raceway, Series registrations for the Atlantic, F2000 and F1600 seasons for drivers are well ahead of 2016 levels.

Utilizing a new registration system from USAC Racing in addition to a completely revamped schedule, and lower entry fee costs for F2000 and F1600, more drivers are securing their car numbers and committing to both the full season and select weekends.

“A better registration system and a much better schedule with more variety and more spectator weekends, with our usual amount of track time, are contributing to increased interest levels heading into the 2017 racing season,” commented FRP co-owners Al Guibord and Robert Wright.

Series entrants can look forward to roughly three hours of single-class track time per weekend. F2000 and Atlantic drivers will compete in 14 races, two scheduled for each weekend; while F1600 will again enjoy a 21-race season for the third straight season, with three races per event.

From VIR in April, it’s two short weeks to the second round, a Friday-Saturday only event at Mid-Ohio Sports Car Course, May 12-13. At that event, drivers can look forward to more than three hours of track time.

Following a May date at Mid-Ohio, all three Series head for the Brickyard with SVRA for a June weekend on the road course at Indianapolis Motor Speedway. Entry fees are lower for the Indy weekend to encourage maximum participation and an opportunity to race at the historic track with a friendly paddock.

The Series then circle back to the ever-popular Mid-Ohio for a traditional June 30-July 2 weekend, with dates following at Pittsburgh International Race Complex, Summit Point and New Jersey Motorsports to close out the season.

Pittsburgh will have been fully re-paved by the time FRP shows up in August; while Summit Point has also undergone significant infrastructure upgrades.

At New Jersey in October, FRP will team with Trans-Am to close out the season in a promoted spectator weekend.