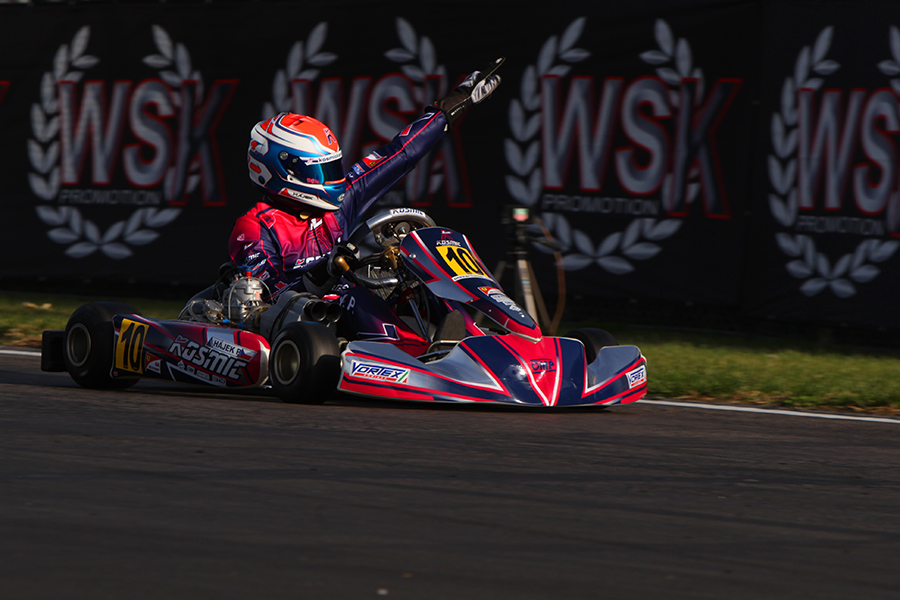 Kosmic Kart-Vortex chassis at the forefront at the International La Conca circuit. Patrik Hajek won in KZ2 and Karol Basz gained the second position in OK.

In the shifter category, KZ2, Patrik soon showed to be a candidate for victory, winning two heats and gaining the front row of the prefinal. The further success confirms the high potential of both chassis and driver. After the initial tussle, Hajek jumped at the lead and ran there until the checkered flag, scoring the best lap of the final with a time of 45,730 The victory allowed Patrik to jump to third place in the standings, allowing us to fight for the success in the last round of the championship, scheduled in two weeks at the Naples Circuit.

Another good result also came in OK with Karol Basz who won the second place. The place of honor could be enriched by other good results, especially Théo Pourchaire and Noah Milell who performed a positive final. Pourchaire remained in the tussle and finished in fifth place, while Noah made a formidable comeback from the back to eighth place, recovering eighteen positions. A fact that makes us proud is the presence of five Kosmic Kart chassis in the top-ten list of the final.

Formidable and very spectacular, was Roman Stanek’s weekend in OKJ. Our young driver ran unlucky heats, finishing thirty-fourth. In prefinal and final Roman made the most of his potential and that of the chassis, finishing in the scoring area, in eighth place.