Victories for Aluminos to Start Off 2017 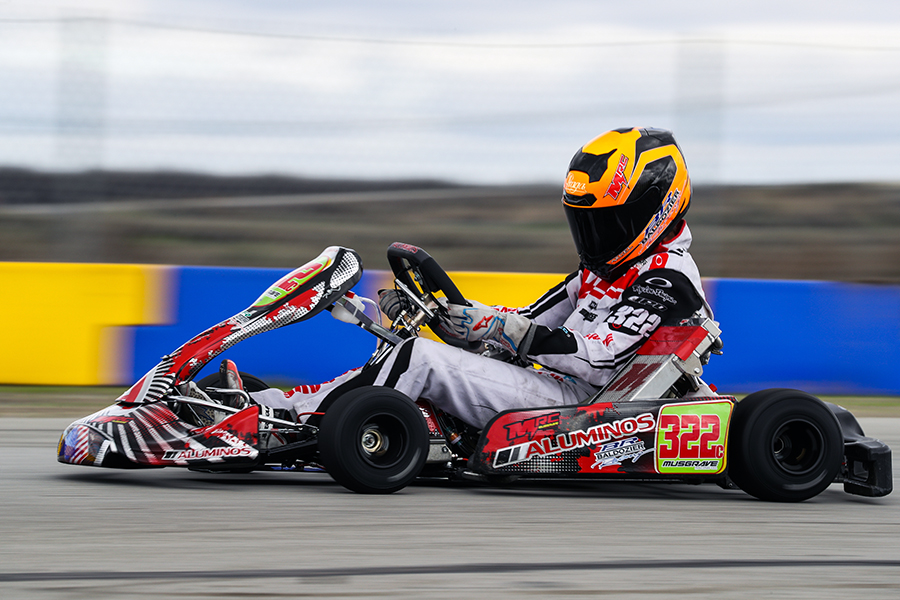 Aluminos scored its first victory of the 2017 season with Billy Musgrave in the S1 Pro Stock Honda division (Photo: DromoPhotos.com)

The winning streak continues into its fifth season for the Aluminos brand. Since its debut in 2013, the Aluminos chassis has continued to win at the local, regional and national levels. The new partnership with Musgrave Racing Company (MRC) has already put the Aluminos chassis in new garages and trailers for the new year, with high expectations for more victories and championships. Thanks to a solid start to the 2017 season, Aluminos is looking to extend the momentum built from wins at the California ProKart Challenge and the Superkarts! USA Pro Tour.

The California ProKart Challenge opened up its 2017 season at the Buttonwillow Raceway Park on February 4. Helping to put Aluminos on top of the podium was S1 Pro Stock Honda driver Billy Musgrave, the lead driver for the MRC operation. Musgrave finished inside the top-10 in his Aluminos debut at the SKUSA SuperNationals 20. Billy was strong at the series opener, going on to win both heat races and led all 15 laps of the main event for the victory and championship lead. The S1 category was swept by the Aluminos brand with class rookie Hunter Pickett securing the fast time in qualifying aboard his Pickett Racing entry.

The same two drivers led the Aluminos contingent at the first ever Superkarts! USA Pro Tour WinterNationals, held at the NOLA Motorsports Park in New Orleans, Louisiana. For many, it was the first visit to the Bayou, and the Aluminos brand shined in the S1 Pro division once again. Musgrave set a new track record with a 1:00.019-laptime, nearly matching it on Sunday completing the session with a lap off by one thousandths of a second – showing the consistency of the Aluminos chassis from day to day. Musgrave drove to the first WinterNationals podium, placing runner-up in the Final. The following day, Pickett shined in the main event. The S1 rookie came from 11th on the grid, fighting his way forward lap by lap against the best drivers in North America. Pickett reached the top position with just two laps remaining, holding on to score his first SKUSA Pro Tour victory. Musgrave went on to record the fast lap of the race after early contact pushed him off the course and well behind the rest of the field. 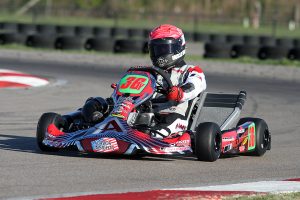 “I am really happy with the performance thus far to open up 2017,” added Aluminos owner Rob Soares. “Our new partnership with MRC and the relationships we have with our current customers continues to hold strong. Their recent performances not only show how talented they are, but how well the Aluminos chassis works. We are looking forward to the rest of the season, reaching new customers and helping to bring them to the top step of the podium.”

Next weekend on March 25-26, the Aluminos squad is traveling south for a two-day event at Mazda Raceway Laguna Seca in Monterey, California. Aluminos is offering Arrive-and-Drive packages for a number of drivers participating in this rare opportunity to experience a ‘bucket list’ circuit like Laguna Seca aboard a kart. The operation is planning to provide shifterkart and TaG packages for Arrive-and-Drive opportunities at other Northern California Karters road racing events throughout 2017, in addition to their support of the Sanzaru Games Karting Championship and California ProKart Challenge weekends. The Aluminos operation can tailor a program around each customers’ needs. For more information regarding the Aluminos chassis, or the successful race team, visit www.aluminos.com or check them out on Facebook.

About Aluminos:
Started as a manufacturing and distribution company specializing in kart racing specific products, the Sonoma, CA based operation created its racing team toward the end of the 2007 season. Led by Rob Soares, Aluminos has put together the essential pieces to help groom drivers of any age to reach their personal goals. Driver coaches Tom Dyer and Matt Hamilton – both successful karters – teamed with their in-house Stock Moto program led by engine guru George Tavares, the Aluminos Trackside Support and Arrive & Drive program is above any other outfit in the country. The team also produces its own chassis line, the Aluminos.  Find out more at www.aluminos.com and the new www.shopaluminos.com for new and used products on-sale from the respected operation.