Junior pilot earns a gold and silver at inaugural WinterNationals 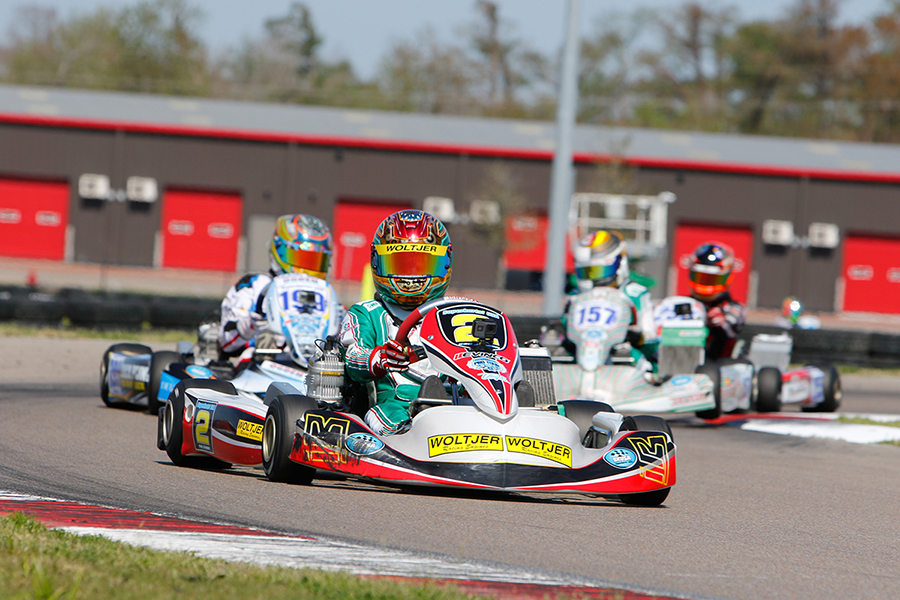 Dylan Tavella was one to watch in New Orleans (Photo: www.OTP.ca)

Dylan Tavella continues to shine in 2017, taking gold and silver last weekend at the inaugural SuperKarts! USA (SKUSA) WinterNationals, rounds one and two of the Pro Tour at NOLA Motorsports Park. The Iron Rock Motorsports driver stood atop the podium at one of the biggest events of the year and was crowned the inaugural winner in X30 Junior.

“It was a great weekend,” explained Tavella after his first weekend of competition in North America. “The Junior field is really strong and it was a battle in each and every on track session to solidify ourselves at the front of the field.”

On Saturday, Tavella started the day with a fourth place qualifying effort. He piloted his Tony Kart to the front in the 14-lap prefinal, taking the win. He led the field to the green flag in the final, and never looked back. Leading from flag to flag, Tavella became the inaugural WinterNationals winner in X30 Junior.

Tavella was a contender for the win for round two on Sunday as well. He scored another prefinal victory after working his way up through the field from a fourth place starting position. In the final, he led the field for the majority of the 19-lap race. In a last-lap battle and drag race to the checkered, Dylan came in second by a nose, standing on the podium once again.

The Tavella family would like to give a special thanks to Massapequa High School AMES Campus Staff for giving Dylan the support system needed to live his dreams. AMES Campus truly cares about Dylan’s education and his passion for racing. Dylan would also like to thank Luis Martinez and Charlie Swayne (Iron Rock Motorsports) for track support, and a big thanks to the Woltjer family for the great motor.