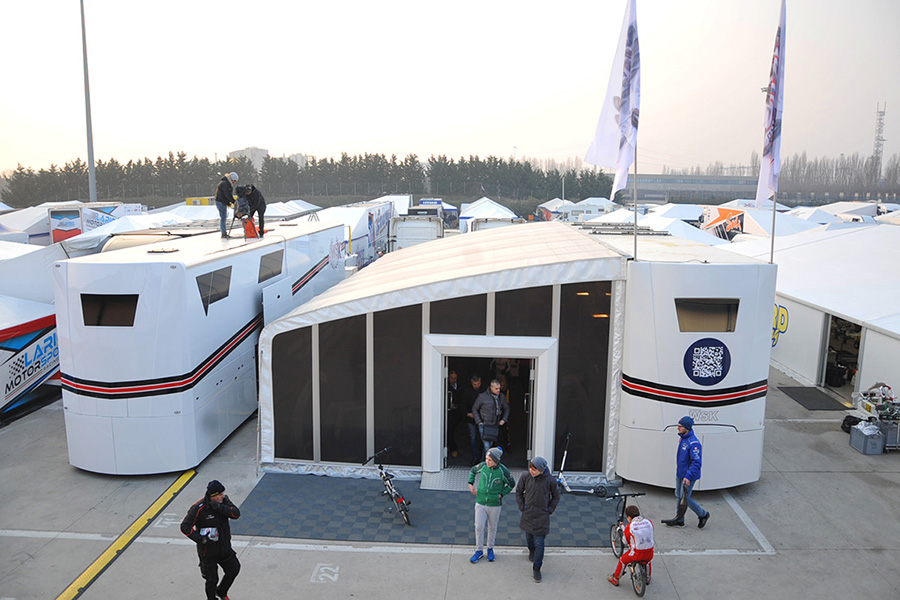 WSK Promotion provides new cutting-edge tools to control the races. Starting from the forthcoming appointment in Castelletto di Branduzzo, the second round of the WSK Super Master Series with 270 entrants, new HD cameras will be used for the video control of the competition. This is a massive enhancement of the well-tested control unit of WSK Promotion: it is going to be an extremely useful tool for the race direction to keep a tight supervision on every phase of the event.

SAFETY MADE IN WSK

The supervision of races is carried out by WSK on every track thanks to a video network which covers the whole of the circuit. The goal is to deter too dangerous battles between drivers. The 15 cameras deployed around the circuit should not leave any leeway to different interpretations regarding the behaviour of participants on track. This new system aims at getting a better and more detailed vision of each phase of the race: that’s why the current devices have been substituted by the new HD cameras, which will be operational from the weekend at the 7 Laghi circuit.

PASSION ON VIDEO, LIVE ON WSK.IT

Live images produced by WSK Promotion will be available for all the motorsport fans on the official website wsk.it. A brand new vehicle to host the WSK Race Control made its debut at the beginning of the season and it will be at all the WSK events to produce the live streaming of the races. The live broadcast will start with the Prefinals on Friday 5th March.