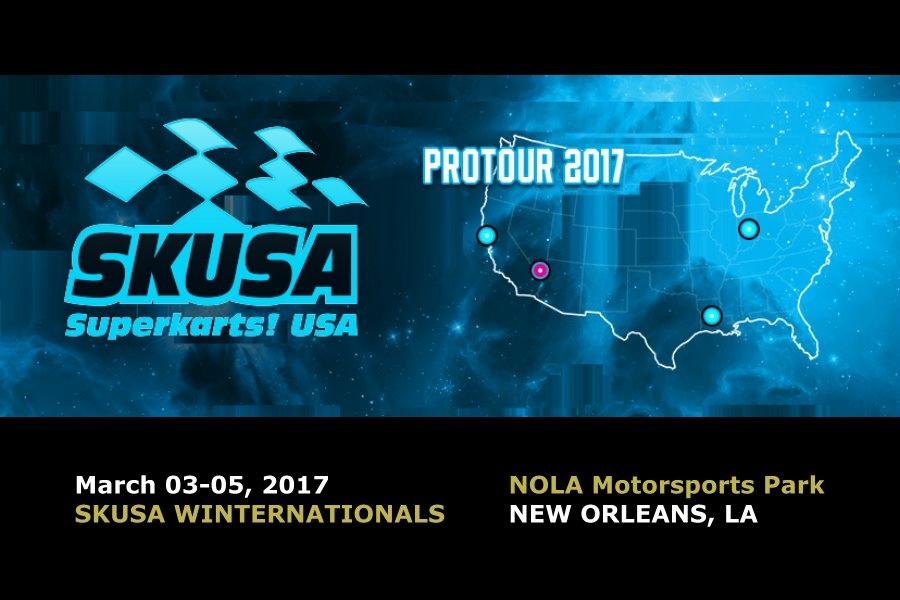 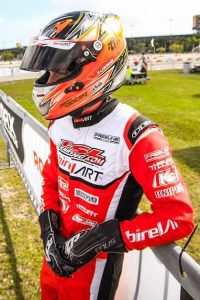 The quest for history begins in NOLA for defending X30 Senior champion Ryan Norberg. The Florida native scored three victories in 2016 en route to his first SKUSA title, and now carrying the SKUSA #1 plate aboard his PSL Karting / Birel ART machine, has the chance to become the first driver to repeat the class championship. The start to the 2017 season began with the move to PSL after running 2016 as a privateer aboard a Tony Kart. Norberg has been solid in his opening races with the Canadian squad at the Florida Winter Tour, and with the absence of EKN TaG Driver Rankings #1 driver Brandon Lemke – Norberg is the king of the mountain.

Behind Norberg at the end of the season was Brandon Jarsocrak. ‘Money’ was a consistent podium contender throughout the 2016 season, earning just one victory at the start of the year in Daytona. Now, the KartSport North America / Praga pilot will bear the #2 SKUSA plate for the season, looking to earn that extra step to finish the season on top.

It all begins in NOLA at the inaugural WinterNationals with 42 drivers set to battle in the X30 Senior category featuring a number of potential winners and championship contenders. 2014 SKUSA Pro Tour champion and 2016 SuperNationals champion Jake Craig (RPM / Tony Kart) is at the top of the list. He finished 2016 in the #3 slot of the EKN Driver Rankings, thanks to another US Rotax Grand National victory and of course the SuperSunday triumph. Braden Eves was the only other driver to beat Norberg in SKUSA competition in 2016. The MDD / Kosmic pilot is among the favorites heading into the WinterNationals, held at his team’s home circuit. Austin Garrison (J3 / CompKart) has had success at the NOLA facility in the past, and is among the top drivers thus far in the Florida Winter Tour season.

Other names to watch include CRG Nordam’s Brendan Baker – who is always fast. Challenge of the Americas point leader Christian Brooks (Nash / FA Kart) has momentum following a victory in Phoenix this past weekend. Zach Holden (Comet Kart Sales / Tony Kart) is returning to karting while his F2000 schedule allows it. Veteran Stepanova Nekeel (Vemme Kart) is always threat. 2012 Pro Tour Junior champion Luke Selliken (RPG / Kosmic) taking a break from school at Wake Forest to get back behind the wheel with veteran karter Billy Cleavelin turning the wrenches.

A solid crop of Canadian drivers are making their way across the north border to take part at the inaugural WinterNationals. Rolison Performance Group’s Kellen Ritter was among the top rookies last season. He will be joined by brothers Cedrik and Samuel Lupien – both solid drivers behind the wheel capable of contending for podium positions. Coming from the Netherlands is former European champion Nick de Bruijn. He will be joining the BBR Karting for his SKUSA debut aboard the new PDB that has been gaining a number of victories at the Challenge of the Americas this winter.

This year’s rookie class is stacked with talent, including the 2016 SKUSA Pro Tour Junior champion Alex Bertagnoli. The Illinois driver is taking the role as lead driver under the Franklin Motorsports / Merlin tent while carrying the SKUSA #1 plate. Dante Yu (CompKart) is making the jump up to Senior in 2017 coming off a solid final year in the Junior ranks – both on US soil and overseas. Ryan MacDermid (PSL / Birel ART) is among the top Junior drivers in Rotax competition this winter, set for his Senior debut at SKUSA competition. Jacob Gulick has shown speed during the winter months of his Senior rookie season under the Rolison Performance Group tent, rounding out a solid team roster. Former 2014 SKUSA Pro Tour Junior title contender Nick Bruckner is making a return, set for his Senior debut with Orsolon Racing. 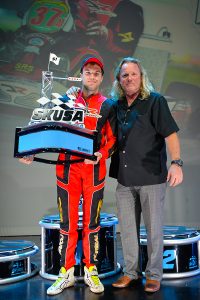 Daniel Formal is gunning to hold up the Janowski trophy at the end of the 2017 SKUSA Pro Tour (Photo: On Track Promotions – otp.ca)

The numbers throughout the years in the S1 Pro division have increased and decreased year by year. The talent pool has never faltered and 2017 is no different. 2016 SKUSA Pro Tour champion Daniel Formal is coming back from Costa Rica for more as the EKN Stock Honda Driver Rankings #1 pilot is set to defend his crown. Carrying the SKUSA #1 plate on his DRT Racing / DR Kart, Formal is driven to be the best and an inaugural win at the WinterNationals would be another star on his karting resume. Next to Formal is Jake French, considered to be among the best United States shifterkart driver today. The DKC / Sodi Kart pilot is still searching for his first SKUSA Pro Tour victory in the S1 division, finishing on the podium three times, including a third at the SuperNationals.

From the month of July through the SuperNationals, AJ Myers held the title of top US shifterkart driver. Myers missed the SpringNationals, and made up for it with a dominating performance at the SummerNationals followed up with a runner-up finish at the SuperNats. The TB Kart USA driver is primed to battle for victory once again and contend for the Pro Tour title. Another driver making a return to Superkarts! USA competition is Gary Carlton. For the past decade, the NorCal native has been the best in North America multiple times, including KZ victories at the SuperNationals in 2006 and 2015. Carlton has spent the last few years living in Europe, working directly with the major chassis manufacturers. Finding a new home with IPKarting, Carlton is back to contest more races in the United States aboard his Formula K machine under the Leading Edge Motorsports banner.

This year’s S1 rookie class includes a number of S2 front-runners from 2016. Last year’s S2 Pro Tour champion Austin Wilkins (DKC / Sodi Kart) is graduating up to S1 with the #1 plate, and has the ability to work directly with teammate Jake French. Mathias Ramirez drove away with the victory in the S2 category at the SuperNationals this November. That win put him up into the S1 division for 2017 with the Andersen Racing Team / Birel ART driver no stranger to the big stage, placing second at the Rotax Grand Finals in 2015. Hunter Pickett (Aluminos) and Hunter Kelly (Praga) – the 2012 TaG Cadet Pro Tour champion – are set to begin their S1 rookie seasons. 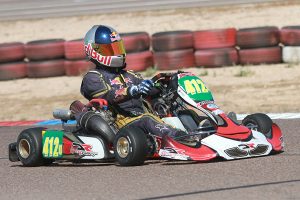 Collin Daley is among the many contenders returning in S2 (Photo: EKN)

With each year, a handful of driver graduate up to the S1 division from the S2 category. While there were good talent advance, six of the top-11 last year’s championship standings remain and are returning for more in 2017. It was a breakthrough season for Jamaican Collin Daley as the DRT Racing / DR Kart driver finished his S2 rookie season fourth in the championship chase. That makes him the top returning driver from the 2017 season. Daley has shown the speed to compete at the front of the field, earning a podium at the SpringNationals and a third-place performance at the SuperNationals. Kyle Wick nearly scored his first SKUSA Pro Tour victory at the SpringNationals, but was unable to capture that same speed the rest of the season despite finishing fifth in the standings. The Rolison Performance Group / CRG driver started out 2017 with victory at the California ProKart Challenge event, and enters as one of the leading contenders at the WinterNationals.

Sky Finley (DKC / SodiKart) was another almost first-time winner on the SKUSA Pro Tour, with the SummerNationals marked as his best overall performance thus far. Rory van der Steur (FA Kart) was there at both the SummerNationals and SuperNationals, placing fourth on SuperSunday. Kol Bailey finished 10th last season, and is making the move over to Leading Edge Motorsports aboard a Praga for 2017. Harry Gottsacker (Champion Racing / Intrepid) stood on the podium at the SpringNationals but was unable to match that the rest of the season.