Behind the Laptop: Wisconsin – The Heartland of Karting in the United States

Companies, racers and tracks continue to provide the grassroots for our sport

The month of February can be a frigid reminder of why people like to live in the southern half of the United States. Each winter, cold weather blows painfully through the northern states, especially around the Great Lakes region. While temperatures below zero (thanks to the wind chill) and inches of snow are the norm during the second month of the year, the weather has been above average in terms of the thermometer this season, helping to fuel daydreams of hitting the local kart track for the first laps of the season.

When discussing karting in the US, many people begin talking by about California and Florida. These two states have many tracks, a storied history, and a number of drivers who star at the top of the EKN rankings or have gone up the motorsports ladder to professional careers. And, of course, it’s hard to argue the benefits of racing being available for 12 months out of the year. 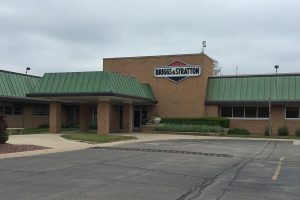 If we’re talking discussions about karting, what about Wisconsin? Tracks typically open the gates during April, depending on the weather, but the race season doesn’t really start until about the last weekend or first week of May. This schedule gives die-hard karters only six months out of the year to spend time honing their skills, taking the Saturday afternoon off from house work to get in a couple hours of laps, and enjoying the club races that are spread out during the summer.

The Badger State has a population of roughly six million people, and just five kart tracks. One of the oldest facilities in the sport remains in action, and is located just north of the Illinois border. Sugar River Raceway opened in 1959, and remains a starting spot for many in the sport – including NASCAR’s own Danica Patrick. The famed Badger Kart Club continues its strong program at the Dousman track located just outside the Milwaukee area – the newly renamed Wolf Paving Raceway. 2017 marks an expansion of the circuit and the facility, which a new section of track.  Karting enjoys support at the famed Road America facility, and their Motorplex was a major staple in national karting over the last decade. Located further north is a venue that many consider to be the greatest designed kart track in the world – the US AIR Motorsports Raceway in Shawano, Wisconsin – created by the mind of former WKA Vice-President Kenny Venberg. Serving the western side of the state is the Midwest Karting Association organization in Eau Claire, Wisconsin.

It’s not so much the quantity of racers the state has, or the number of tracks built within the state lines, but the quality that comes out of the state as a whole. And I’m not just talking about the talented drivers behind the wheel, but a full list of industry members who carry the state of Wisconsin on their business cards. Companies – new and old – continue to show their support of karting decade after decade, making Wisconsin a true haven for karting. 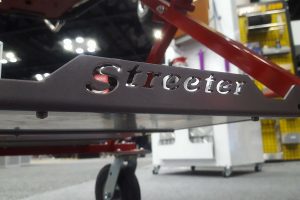 During my trip up to the USAIR Motorsports Raceway event for the United States Pro Kart Series last summer, I made a stop in the Milwaukee area to visit the Briggs & Stratton headquarters in Wauwatosa. The Briggs & Stratton Corporation has been based in the city since it was founded in 1908, and involved in the automotive industry from the very beginning. As auto racing founded its roots, so did Briggs & Stratton within the sport. Through the decades that followed, Briggs reach within motorsports and continued to grow and evolve. Today, Briggs Racing is a vital partner in growing the sport at the grassroots level with the wildy-popular 206 engine package for karting.

David Klaus, the Director of the Briggs Racing program, invited me to tour the factory and see first-hand how the Briggs Racing engines are assembled. It was interesting to see the extent of testing and development going on just in the Wauwatosa building. The data and information used for the mower, power washer, and other engines produced by Briggs & Stratton is transferred over to the racing division in an effort to manufacture the best possible racing powerplant. Many of the different pieces that come together to produce the Briggs Racing engine lineup are processed there, along with other manufacturing buildings around the United States.

All the World Formula, Animal, and 206 powerplants are then assembled in the Briggs Racing section of the manufacturing building, by a small group of employees. As we have seen in the videos produced, each and every part of the engine is measured and recorded with the ‘Red Sharpie’. Briggs Racing is committed to the sport for the long-term, and it is great to see an American manufacturer looking to keep karting going for another 60 years. 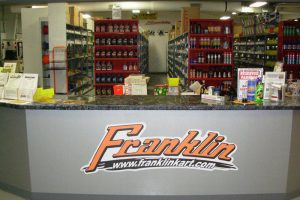 Leaving Shawano, I had the opportunity to stop at the Hepfner Racing Products (HRP) headquarters, home of Streeter Super Stands. For years, Larry Streeter and the Streeter family provided the leading kart stands for the industry, while supporting the sport from the club level to the national programs and events. When Larry passed away in 2010, Jeff Wesell and HRP picked up the torch and carried on the craftsmanship and tradition of the Streeter name. After taking over, they also introduced the brand outside the sport of karting. HRP/Streeter is a family-owned business that continues to evolve and grow. Founder Glenn Hepfner continues to stay busy at the 90,000 square foot facility, and the company is planning to expand its space and workforce. HRP produces a variety of items for nearly every form of motorsports with a focus on dirt sprint cars. They are becoming more involved in the NASCAR world, as well. Their reach extends outside North America, as Australia and New Zealand are on their distribution list, and they will be expanding into Europe in the last few years. The combination of the Streeter products and the full line of pit and trailer accessories, all manufactured in-house at the Hartford headquarters, have expanded the brand to quarter midgets, sprints, snowmobiles, soap box derby and more. The Streeter name is for good and the HRP family continues to provide quality products for the racing industry.

Milwaukee has always been the home city for another historic name in the industry. Franklin Motorsports has been a vital part of karting here in the United States for a number of decades. The company was started and run by the Mayr family for a number of years, before the Sieracki family acquired the operation in 2005, bringing with them the Merlin chassis brand to the established industry name. The mantra at the Franklin shop and, of course, under the Merlin Nation race team tent is about family fun and the thrill of competition. When the father/son tandem of George and Jamie are not on the road supporting their many customers, they are hard at work keeping their local and club customers happy with support and the amazing customer service. Not only at home, but across the country and throughout North America, Franklin supports kart racers with the amazing products they carry in the shop. Franklin imports Merlin, Tillett, Driveline, and supplies a number of lines to get racers on the track the next day. 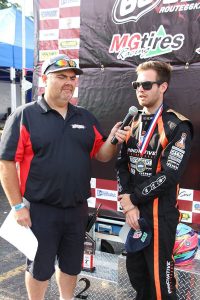 Another father/son combination in the MKE area is the Koyen family. Tim and TJ Koyen have been seen around the karting paddock for over a decade, at track all over the United States. Like most father/son race teams, the two have advanced through the karting ranks and reached the top level. When not busy trying to put the best kart on the track in competition, the two keep their passion for the sport fired through their own businesses. Tim is the owner of TEK Enterprises – which is the parent company for the KartLift and DeepSeat brands – while TJ established Oktane Visual to become one of the leading helmet artists in the country, in addition to being a designer for safety apparel and graphic kits. Tim is not only a manufacturer and a former series promoter, he is also the voice of the Route 66 Sprint Series and now the United States Pro Kart Series. TJ’s artwork is ground-breaking and phenomenal, as is his knowledge and talent behind the wheel. Both Koyen’s have been a vital part of the EKN Forum since I became the Managing Editor of the site – providing their first-hand experiences and using them to help guide newcomers to our sport. It is a complete family effort with the Koyens, who keep reminding us what the sport is really all about.

It is these very components – companies, people, and tracks – that help to develop and support the grassroots level of our sport. They direct the continuation and expansion of the sport, from this decade into the next. Without the right products or kart shops to offer this amazing sport, the numbers would dwindle. And it is their passion for karting that continues to drive the growth and expansion of the sport in their area, throughout the United States, and across the world. IndyCar has Indianapolis, NASCAR has Charlotte, and it’s not too far of a stretch to say that Karting has Wisconsin.