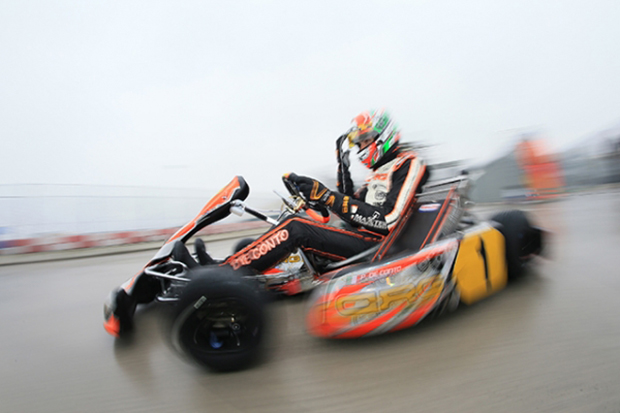 A total of 57 drivers will make it to the track at the 22nd Winter Cup of Lonato on CRG chassis. A very strong squad in KZ2 and a lot of protagonists on track in OK, OK-Junior and Mini Rok.

The Winter Cup of Lonato is one of the most important appointments of the early season; this is an event that CRG has always cared a lot about as it marks the beginning of the international season.

The 22nd edition of the Winter Cup scheduled for next 16-19 February 2017 will see a top class lineup fielded by CRG Racing Team, as all the team’s strongest drivers, including some new entries, are ready to shine for the Italian outfit in this occasion.

A TOP CLASS TEAM IN KZ2

Out of the 90 drivers entered in KZ2, the Italian outfit’s works team will line up, on CRG-Tm, the Reigning World Champion of KZ2 Paolo De Conto, Simo Puhakka, Flavio Camponeschi, the Spanish driver Enrico Prosperi and Mirko Torsellini – the latter two at their comeback in the works team, and Alessandro Giardelli.

CRG IN OK AND OK-JUNIOR

CRG’s presence among the 58 drivers entered in OK-Junior is also going to be important. Among the young talents of this category, the Italian outfit will line up the French Evann Mallet, the Spanish Jose Antonio Gomez, the Brazilian Gabriel Bortoleto, the German at the debut with CRG works team Donar Nils Munding and then the Spanish driver Glenn Alba Rodriguez and Leonardo Bizzotto will race for team Morsicani, Mathias Torreggiani, the Spanish Javier Sagrera for M2 Racing and Cerine Broer for SRP Racing.

Live Timing, Live Streaming and all results will be available at www.southgardakarting.