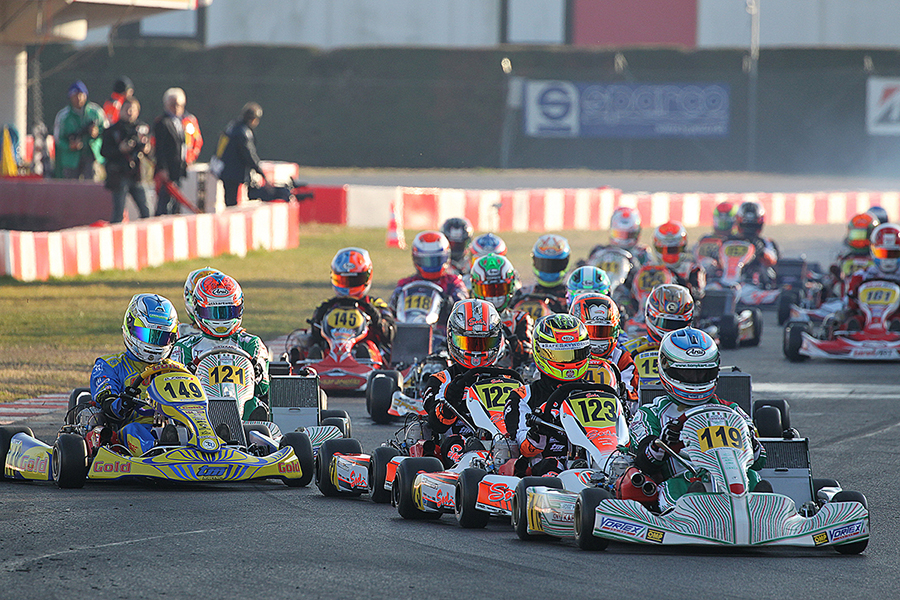 The Winter Cup of Lonato features a good number of entered drivers again: 290 racers will in fact make it to the track, 90 of which in KZ2! Edition 22nd of the Winter Cup, race to be held at the South Garda Karting circuit, introduces also the novelty of Super Heats to decide the starting grid of Finals.

The Winter Cup is going forward full speed, after its first edition back in 1996 when Angelo Corberi, the creator and founder of the circuit of Lonato, devised this event as the official opening to the international karting season.

The forthcoming event will be characterized by the full grid of KZ2, that reached its 90 drivers cap, figures that have never been recorded before, not only in the history of Winter Cup. The shifter category, that is undoubtedly the most spectacular and exciting, features therefore numbers that match up those of international events like the European and World Championships!

A total of highly talented 90 drivers is a huge tally for KZ2. Among these, some emerging names of motorsport like Antonio Fuoco, who is a member of the Ferrari Driver Academy, and Alessio Lorandi who is competing in GP3, decided to take part to the Winter Cup before contesting their season in motorsport. Both drivers will wear Tony Kart’s colors, Fuoco has been fielded by the works team Tony Kart Racing Team, while Lorandi with the family owned team Baby Race.

A CHAMPIONS PARADE IN OK

Category OK will have 58 drivers at the start. Among these, 2016 World Champion from Spain Pedro Hiltbrand (Tony Kart-Vortex), the Polish 2015 World Champion Karol Basz (Kosmic-Vortex), 2016 winner of the CIK-FIA Academy Trophy Callum Bradshaw (CRG-Parilla), while European 2016 Champion of OK-Junior Finlay Kenneally (Energy-Vortex) will also take part in the Winter Cup, race that he won last year.

A LOT OF YOUNG PROTAGONISTS IN OK-JUNIOR

OK-Junior has 57 drivers at the start, a lot of which coming from 60 Mini, as in the case of last year’s winner of Rok Mini Francesco Pizzi (Luxor Lke), the young French Evann Mallet (CRGParilla) and the Czech Roman Stanek (Kosmic-Vortex) that completed 2016 podium. Luigi Coluccio won the Winter Cup in Mini Rok back in 2015 leading Leonardo Marseglia, both drivers will be at the start of this year’s race in OK-Junior.

THE NOVELTY OF “SUPER HEATS”

The 22nd Winter Cup will feature a novelty in the race format. Qualifying will be held on Friday February 17th and qualifying heats on Friday, Saturday and Sunday morning. Super Heats have been introduced this year ahead of Sunday’s final stages. Two heats for each category (featuring a maximum of 34 drivers on track) will award some further points useful for defining the list of the 34 finalists and the starting grid of each Final.

All categories will use Bridgestone tyres, which will be checked by using the the new barcode scanning device, and IES 98% octanes Fuel.