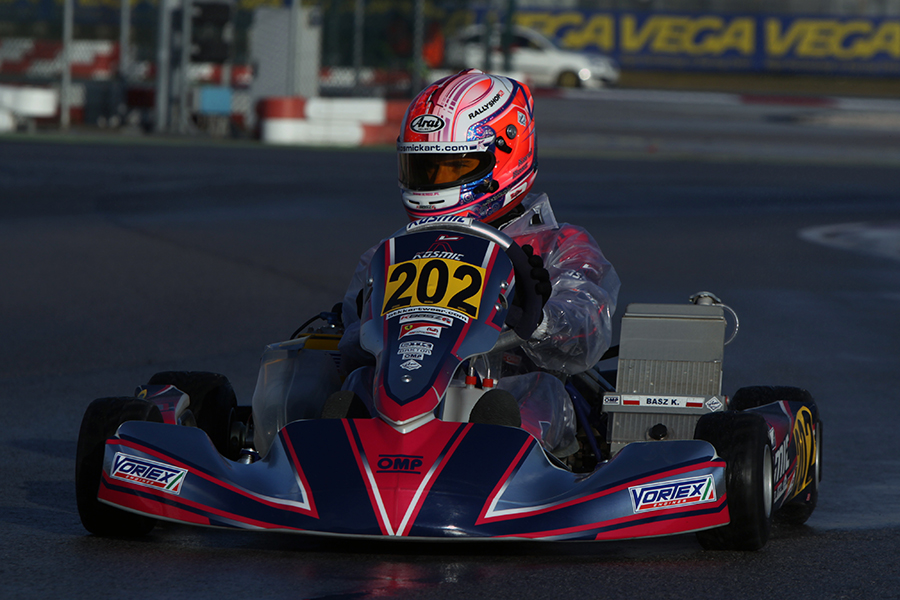 In a weekend where the track conditions were particularly critical, for the heavy rainfalls, we have missed the podium in KZ and OK categories due to adverse circumstances. However, De Pauw (VDK Team) have boosted the quality of our chassis, winning in OK class.

Karol Basz’s performance was alike, since the qualifying, those of the top drivers. Our driver, after his fifth time in the qualifying, finished the heats in seventh place, escaping the pitfalls that the track, always particularly wet, showed. And it was just the very slippery asphalt that penalized our other young drivers, Milell, Pourchaire, Vebster and Mazou. All them lost ground in the heats, due to some collisions occurred for the poor visibility and grip conditions. In the final Basz started from the third row after a good pre-final, and led a race always fighting with Travisanutto, Martins and Vidales. Just in the tussle for the podium, Basz crashed with one of the rivals losing his front bumper. Unfortunately, the violation, cost ten seconds of penalty to Karol, thus finishing sixth. Ulysse De Pauw’s Kosmic Kart was the deserved winner with a very sharp gap on the other drivers.

The weekend in KZ2 category was positive for our colours, with Patrik Hajek who improved gradually and reached the podium in the final. Hajek, as mentioned, recovered after a difficult qualifying, finished in the seventeenth place, and in the closing stages of the final has made a terrific run-up to the third position of Pex, missed by a whisker. The appointment with the podium for the Racing Department is now postponed to the next appointment, fixed on the South Garda track, where we will be engaged with the Winter Cup, on February 16th to 19th next.