History will be made during the first weekend of March when Superkarts! USA hosts the inaugural running of the Pro Tour WinterNationals. The SKUSA Pro Tour has enjoyed an increasingly successful seven-year journey, growing and improving since its initial debut during the spring of 2010. The record growth and continued success of the championship series has laid the groundwork for further expansion, leading to the creation of the WinterNationals, which is set for NOLA Motorsports Park in New Orleans, Louisiana on March 3-5.  The 2017 edition of the Pro Tour will see an evolution to a six-round, three-event, 1-drop championship that will begin in a month’s time in one of America’s most vibrant cities.

The 2017 Superkarts! USA Pro Tour will make the transition from a three-event, five-round championship chase to a three-event, six-round title battle with the addition of the WinterNationals, which will join the SpringNationals and SummerNationals to make up the Pro Tour championship. During the first seven years of the series, the SuperNationals provided the platform for the championship finale, but this will change in 2017. This year’s SpringNats will take competitors back to the location of the inaugural Pro Tour event – the Simraceway Performance Karting Center in Sonoma, California on May 5-7. For a third straight year, the SummerNationals is scheduled for the New Castle Motorsports Park in Indiana, moving to a new weekend on August 11-13. The Pro Tour champions will be determined at the SummerNationals and the Championship Celebration will be held in Las Vegas ahead of the SuperNationals.  The 21st running of the flagship event in November will move to a single, one-off event that will again welcome racers from all over the world.

The class structure for the 2017 Pro Tour will remain the same as last season.  The following classes will be offered, with the S4 Super Master Stock Honda category once again running as a sub-class within the S4 Master race group with a separate podium: 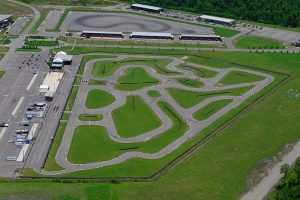 One big change for the 2017 Pro Tour will be found in the race day format. The series will move to the Qualifying-Prefinal-Final approach, which will feature longer running on-track sessions to put an emphasis on chassis set-up. Ideally, this will also remove the need for drivers to take unnecessary risks to advance positions in the shorter heat races that were run during the first seven years of the program.  Trophy presentations will also be conducted immediately after each main event, bringing pure emotion directly into the winner’s circle. A detailed WinterNationals event schedule will be posted shortly.

The S1 Pro Stock Honda and X30 Senior competitors will race for a weekend purse of $2500 each with $1000 being awarded to the winner.  They will also compete for a championship prize fund of $6000 per class. The champion will take home $3000 cash at the Championship Celebration at the SuperNationals, plus the $3000 value of the Circle of Champions sponsorship for 2018.

SKUSA is again offering a $1000 Pro Tour weekend purse to the top-three in the rest of the classes (other than X30 Senior and S1) for any category that reaches the 30-entry mark. That means for any of the classes of S2, S4/S4SM, Mini Swift, Micro Swift, X30 Junior and X30 Master, as long as there is a minimum of 30 racers that take the track on both Saturday and Sunday of the event, the top three drivers in the overall weekend point standings will be awarded $500, $300 and $200, respectively.

Important components of the Pro Tour also include eligibility for the Priority Pre-Entry Program for the SuperNationals, which will give drivers who run all three Pro Tour events a chance to pre-enter for the Vegas spectacular before registration opens to the public.  The top-three in all nine Pro Tour class championships will also be provided with the Guaranteed SuperSunday Starting Spot for the SKUSA SuperNationals, should their class open to more than one race group.

SKUSA has also recently announced an exciting reward program for IAME drivers on the Pro Tour in 2017, which will send a group of its racers to take on the world. The champions of the X30 Senior, X30 Junior, X30 Master and Mini Swift categories will earn a seat to compete at the 2017 IAME International Final, which is scheduled for October 9-15 at the Le Mans Karting International facility in France.

The entire SKUSA Pro Tour will once again be featured on the CBS Sports Network, with all three events being highlighted through a pair of race coverage shows for the WinterNationals, SpringNationals and SummerNationals.  The shows will continue to be made available on MotorTrendOnline.com.  All the broadcasts from the last three years are available on the streaming motorsports website.

Prior to the WinterNationals at NOLA is the opening weekend of the Texas ProKart Challenge – the southwest regional program for Superkarts! USA. The Texas PKC is scheduled to host their 2017 opener at the NOLA Motorsports Park on February 24-25. The one-round event is programmed to utilize the same track layout as the WinterNationals, with the same Qualifying-Prefinal-Final race format. The actual track configuration for both events is scheduled to be released shortly.

Registration for the Superkarts! USA WinterNationals is now open, and utilizes the new SKUSA partner MotorsportReg.com website. Competitors can access the registration page directly by going to motorsportreg.com/orgs/skusa. The new system is designed to help streamline the SKUSA membership and race entry management into a motorsports-specific platform, and all recent SKUSA racers already have an account set up. Pre-event registration will remain open until midnight on Saturday, February 25.

Two locations have been designated as host hotels for the WinterNationals; the Courtyard New Orleans Westbank/Gretna and the Best Western Bayou Inn. Camping and other specific information regarding the NOLA Motorsports Park and the New Orleans area can be found at the SKUSA WinterNationals Event Page.