Outstanding Number of Entrants for the WSK Champions Cup in Adria 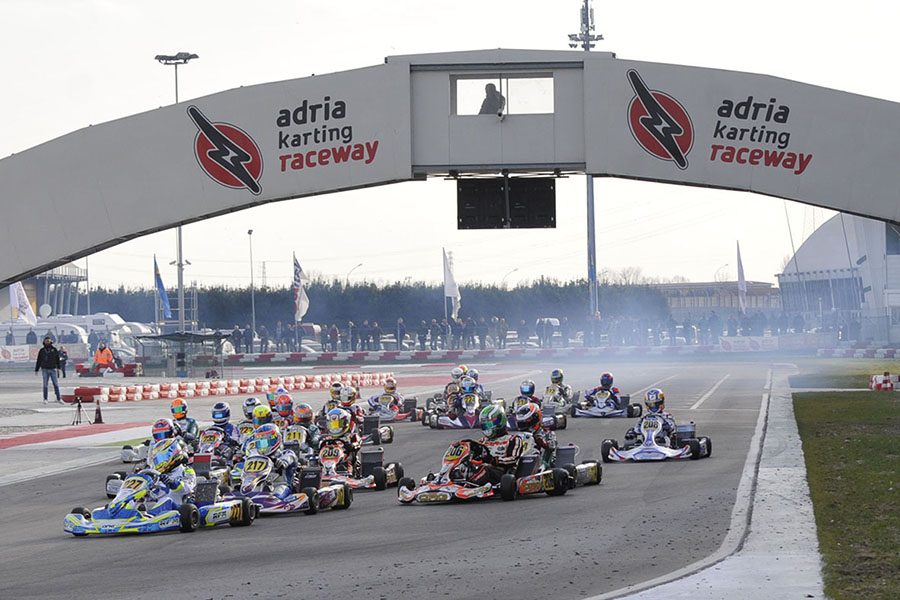 Good start for the WSK Champions Cup: on the last day for registration, WSK Promotion announces 250 drivers in the provisional entry list. The 2017 WSK karting season is about to start with a single-round event but figures are already impressive in all the four categories admitted to the race, beginning with the 60 Mini with 106 entrants. Next weekend, from Thursday 26th to Sunday 29th January, fans will be able to enjoy a top level motorsport show; a show which will also be available on the Internet on the official WSK website wsk.it. The venue of this first event will be the Adria Karting Raceway, which will host the first race of the international karting calendar.

Many big names at the Adria Karting Raceway

Lots of big names are taking part in the event and have already reached the paddock of the northern Italian facility in Adria. In 60 Mini the main duel will be between the two Italian drivers from Sicily Michael Paparo (IP Karting-TM-Vega), winner of the 2016 WSK Super Master Series, and Gabriele Minì (Parolin-TM-Vega), while there are great expectations for the debut in WSK of the young Brando Badoer (Tony Kart-TM-Vega), son of former Ferrari driver Luca Badoer. As usual, the beginning of the season is characterised by a massive generational change in every category: many of the 2016 OK Junior top drivers moved to OK; drivers such as the Moroccan Sami Taoufik (FA Kart-Vortex-Bridgestone), who is going to challenge the king of the 2016 WSK top class, the Italian Lorenzo Travisanutto (Zanardi-Parilla-Bridgestone). It is worth mentioning, in OKJ, the Australian Jack Doohan (FA Kart-Vortex-Vega), the son of one of the most beloved champions of the motorcycle World Championship, Mick Doohan. Among the champions, we mustn’t forget to mention the Spanish Pedro Hiltbrand (Tony Kart-Vortex-Bridgestone), the recent CIK-FIA World Champion in OK category. The KZ2 is getting more and more interesting thanks to the debut in their teams of the Italian Felice Tiene  (BirelArt-TM-Bridgestone) and Matteo Viganò (Tony Kart-Vortex-Bridgestone). Another Italian, Alessio Lorandi – who is currently training to drive in GP3 next season – is also in KZ2 together with his younger brother Leonardo (both on Tony Kart-Vortex-Bridgestone).

All the international teams ready to start

Official constructors and international teams: they are the protagonists in the paddock of Adria, which they have entirely occupied. The facilities of the teams host drivers from 33 different countries coming from five Continents.