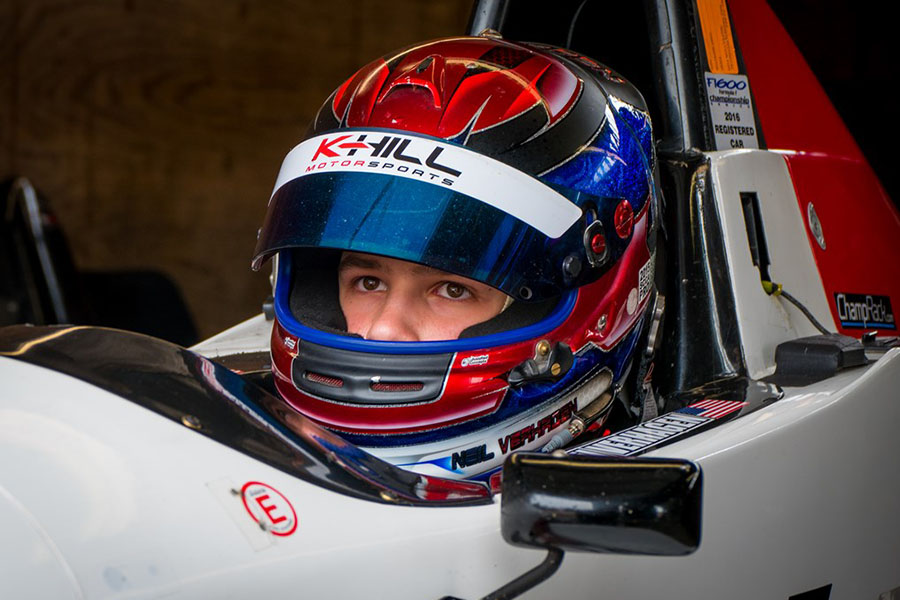 2016 F1600 Championship Series title-winner Neil Verhagen was recently signed by the Red Bull Junior Team and will compete in Europe in 2017. In addition, the aspiring driver was also awarded SCCA’s iconic Mark Donohue award for his performance over the 2016 season.

His outright talented was spotted, and now he is part of Red Bull’s feeder system, joining MP Motorsport in 2017 for the Formula Renault 2.0 Eurocup.

“It’s quite a big step from Formula F to single-seaters with downforce,” said Verhagen. “But I feel I am ready. I’ve done lots of testing with MP and shown good pace. Winning the championship is everybody’s goal, so it’s mine as well, but I will approach the season race-by-race, aiming to maximize each race weekend and the days in between. I’ve built a pretty good relationship with MP Motorsport, and I’m sure we will form a strong team.”

Verhagen has been living in the Netherlands for two months now, working as closely with the team as he possibly can. Showing well in his first full season of F1600, he was soon on Helmut Marko’s radar.

When Verhagen wrapped up the title Red Bull wasted no time in including the American in their junior program.