First event of 2017 season this weekend 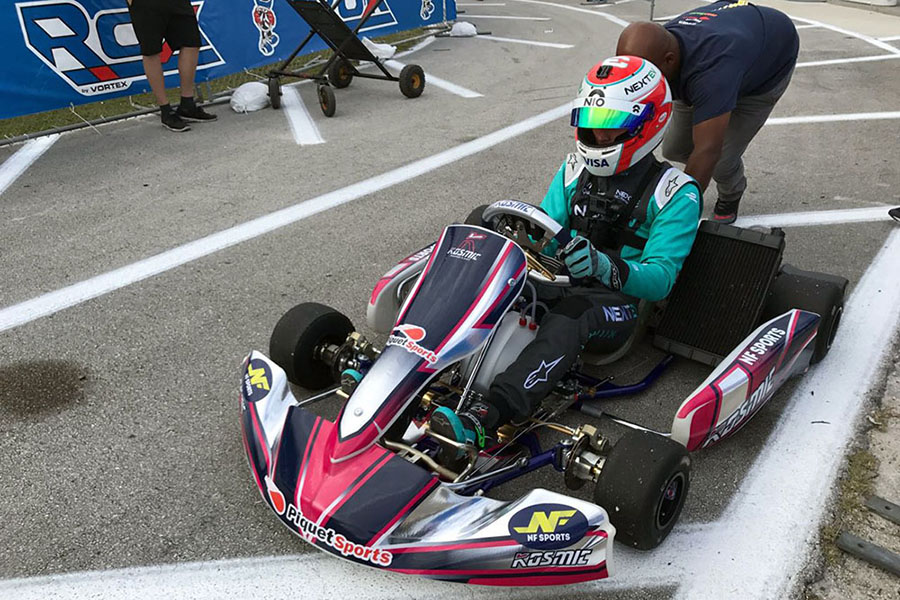 Traveling to the Homestead Karting facility on the grounds of the famed Homestead-Miami Speedway, NF Piquet Sports will enter the first event of the 2017 season, the start of the annual MAXSpeed Entertainment Florida Winter Tour. Looking to start the season on a high note, the Orlando based squad will travel to Palm Beach International Raceway and Ocala Gran Prix for the second and third event weekends of the highly attended winter karting program.

NF Sports was formed at the end of 2015 with karting standout Andre Nicastro and businessman Bruno Fusaro and less than one year later, announced its merger with Piquet Sports in the United States to form NF Piquet Sports. In the first event, NF Piquet Sports claimed victory at the Superkarts! USA (SKUSA) SuperNationals in Las Vegas, Nevada to close out the 2016 season. In addition to joining forces, NF Piquet Sports became an official karting team for the Kosmic Kart brand, one of the most relevant OTK brands in the world.

Formula E World champion and also current WEC driver having raced F1, NASCAR and many other classes, Piquet Jr. will race and help the team on its management.

“I always liked racing competitive karts. The brand Piquet Sports has been in the United States for many years now and at the end of the year we added our experience and brand name to NF Sports structure. My goal this weekend is to seek for a victory for NF Piquet Sports. All administrative and technical initiatives are with Nicastro, Fusaro and Mazinho, and they have proved themselves in such a short period of time,” commented Nelson Piquet Jr. In addition to the race in Homestead, Piquet Jr. also confirmed his presence at the second round at Palm Beach International Karting in mid-February.