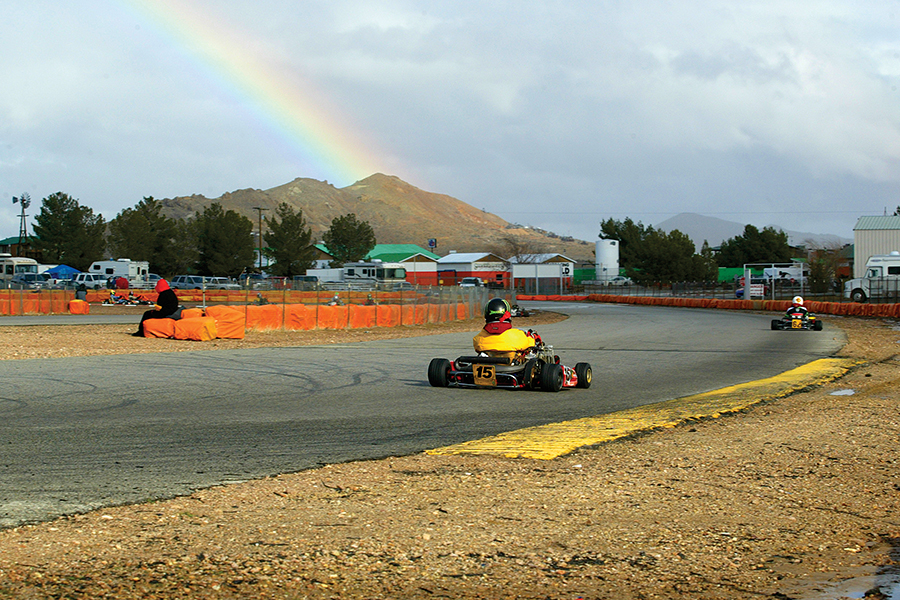 The Challenge of the Americas is set to kick off its 10th season this month, with the opening event scheduled for January 27-29 at the Musselman Honda Circuit in Tucson, Arizona. It all began nine years ago on the same weekend, under chilly temperatures, at the Willow Springs International Raceway kart track in Rosamond, California. There is no doubt the first season was successful yet challenging, as a number of factors and weather conditions made for a rough start to what has become a leading international series.

Challenge of the Americas owner Andy Seesemann –“I was nervous about that first season. I had promoted the local Rotax series, called the GATORZ Karting Cup, for three years, but this was going to be a new adventure. When we announced the creation of the series at the 2007 US Rotax Grand Nationals at Centennial, Colorado, things were great. It was the largest Rotax Grand Nationals ever and the economy was great.  If we only knew how it would all turn in 2008. The track lineup was incredible: Moran Raceway in SoCal, Simraceway in Sonoma and the finale at X-Plex in Las Vegas.” 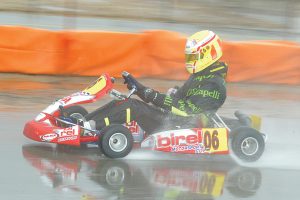 The 2008 series was formed and set to open up in January. The location was the famed Moran Raceway – the storied facility set just outside of the Los Angeles area. In a crazy turn of events, just over a month before the opening event, the facility was shut down and turned into a distribution center – as the land was sold to new owners thanks to its location right off the I-10 interstate. This development forced the Challenge to move the event to Willow Springs.

“Three weeks before the opening race, Moran Raceway closed. We all knew it was coming, but there was never a definite date. So, we had to move the entire show to Willow Springs with only a few weeks notice. Somehow, we made it all work and 100 racers showed up at the first Challenge of the Americas event.” 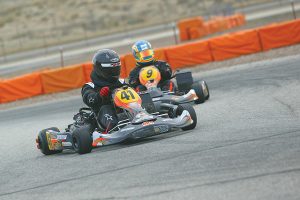 January weather in California is very unpredictable, with cold, wet weather hitting the Rosamond area and the over 100 competitors making the inaugural event. From the pages on EKN Classic, here is the Saturday report, Sunday report, and posts made to the official Discussion Thread on the old EKN forums.

Just a month later, the competitors took to Sonoma, California and what was at the time called the Jim Russell International Karting Center (now Simraceway Performance Karting Center) – which has been the site of the series finale for the last three seasons and will be for 2017, as well. Only two days of the three-day event was completed before strong winds and heavy rains forced officials to cancel the completion of Round Four (Sonoma Report).

“Unfortunately, we chose the wrong weekend as monsoon season was in full effect. Friday and Saturday were bad, but when we arrived at the track on Sunday morning, it was a disaster. EZ-ups and tents were turned over, there was a river flowing through the paddock and the famous tic-tac-toe section of the track had almost 2 feet of water flowing through it. We waited it out for an hour or two, but by 9:00 am, I had to cancel the day’s racing.” 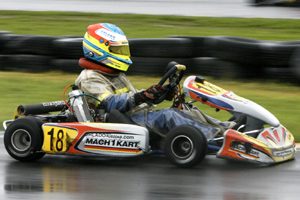 “The finale was scheduled to be held in March at the famed X-Plex in Las Vegas. X-Plex had been the site for many great races, including IKF Region 7 and Grand Nationals, WKA Constructor’s Cup, a round of CIK European racing, STARS of Karting, three of the first four US Rotax Grand Nationals and the initial five years of the SKUSA SuperNats. X-Plex had been closed to events for almost two years at this point and was basically a test track for a few Las Vegas racers. With the help of Joe Ramos from SSC Racing, Ken Hurdle and a few others, we were able to hold the last event ever at X-Plex. The facility was not fit to hold events at that point in time, so I hired our friend Jerry Henderson to go out to X-Plex for a few days and prep the property. He hired a temporary crew, rented equipment and cleaned and prepped the facility for our finale.”

The adjusted X-Plex schedule added practice on Thursday and a shorter session of testing on Friday before holding the main events from Sonoma that evening (Round 4 Report). The final two rounds (X-Plex Report) were perfect conditions and the first series champions were crowned.  The following drivers hold that honor: 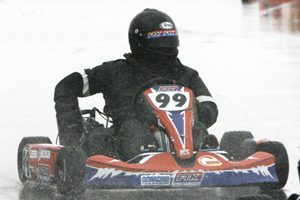 “The made-up Round Four was a long 30-lap final with the starting order based on series points, to give our racers their fourth race event. We then raced the normal program on Saturday and Sunday. By Sunday night, we had crowned five champions, and qualified our first racers to the Rotax Grand Finals. When it was all over, I sat on a barrier, smoked a cigar with a beer in my hand, and I knew that we had accomplished something pretty good that winter.” 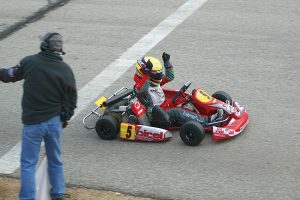 “Looking back, I should have known that the hard work we put in that first season was the foundation for what the series stands for, going into our 10th season. We have endured ups and downs in the economy and the strength of the Rotax program. We have assembled the best staff in karting, one that isn’t afraid to get their hands dirty because they truly care about the racers, and I am grateful for that. 10 years is a long time in karting. What folks don’t realize is that many of the series or events that are in the forefront today are only a few years old. Some series have taken a four to five-year hiatus or changed hands three or four times. I am proud that the Challenge of the Americas is entering its tenth year and I will work hard to hopefully give our racers a high quality series to run for another ten.”

Registration remains open until January 20, as you can be part of the opening event for the 10th season of the Challenge of the Americas. Be sure to follow complete coverage as at the EKN Live page – www.ekartingnews.com/live – in Tucson along with the Phoenix and Sonoma weekends.