2016 is in the rearview; time to focus forward 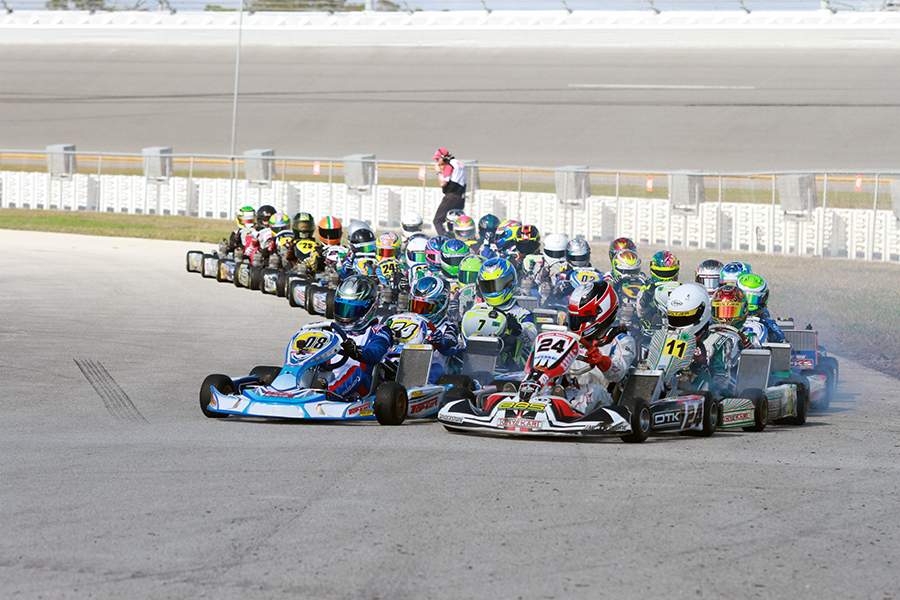 For all the battling that went on this year in karting, both on-track and off-track, between drivers and between organizations, there’s one thing that is for certain.  2016 is done and gone, and everything that happened throughout the year it is now history.  As we roll into the first week of January, I suggest that the kart racing community take a deep breath, reset the vision, and take our sport and its current formula for what it is.  The days of mixed formula classes are all but behind us, and the current trend with racing organizations is single spec engine platforms.  Yes, we can lament the fact that there are now at least six different engine manufacturers and four of them have their own focused programs, which has filled almost every weekend of the calendar. In the end, just pick your engine format and head to the track.  Whichever way you go, there’s lots of racing out there for you. 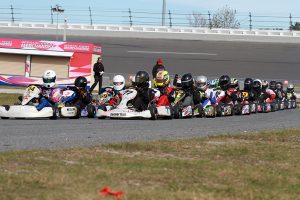 Personally, I’m pretty excited about the coming season, as I saw many positives over the past 12 months. If you look at 2016 as a complete package, karting enjoyed continued growth and that’s a good thing. At its foundation – club racing – the sport has been strengthening over the last few years thanks to the growth of the Briggs 206 category and 2016 was the best yet.  The simplicity, longevity and price point of the sealed four-cycle powerplant is helping to press the ‘reset’ button on the sport from coast-to-coast.  For the first time in years, many regions of the US now have a truly affordable option for getting on-track.  The Briggs 206 package has simply removed the ‘barrier of entry’ for many motorsports enthusiasts, and it’s attracted drivers back to the sport thanks to the low initial cost and the fact that you don’t need a new chassis to compete for wins.

Looking forward, I see the Briggs 206 continuing to aid in the rebuilding of club karting many areas, such as California, both SoCal and NorCal.  The key to the success in these regions is to keep things simple. Stay dedicated to the Briggs Ruleset, do not deviate, and try to work together and support the programs that are putting in the work.  The momentum is there, and the last thing we need is people messing with the current success in a quest for power.  The last word on the Briggs program is this…if your club isn’t part of their Weekly Racing Series, make a call to your President or Board of Directors and make it happen.  It’s a great program that unites the sport and offers some awesome prizes.

Regional and national competition enjoyed strong numbers in 2016, and more of the same is expected this year.  Top performers on the regional level included the ProKart Challenge in California (which topped 150 entries each weekend), the LAKC at CalSpeed in Fontana (CA), the Route 66 Sprint Series in the Illinois, Indiana and Wisconsin, and the F Series GearUp Challenge, which continues to gain momentum in the Northeast.  I strongly believe that regional series need to work closely with the clubs within their area to provide top drivers with a chance to face off, which maintains the concept of the pyramid with a strong base, a more narrow second level (regional racing) and a much more focused top.

With that said, ‘national’ level competition enjoyed many highlights and I feel that it’s poised to continue the momentum that’s been built thanks to a stability in class structure and engine formats.  The Superkarts! USA Pro Tour set new attendance records once again as the organization completed their seventh season with the national championship circuit.  This is a major accomplishment, considering that fact that past national programs have not made it past the six-year mark.  The program has definitely provided stability for the sport, and they’ll be back in 2017 with the same Stock Honda and IAME X30 and Swift rulebooks. Topping 250 drivers at both the SpringNationals and SummerNationals has raised the bar, and the 470+ at the 20th running of the SuperNationals in Las Vegas capped the national season in style.  The addition of the WinterNationals to the program to kick off the 2017 Pro Tour, combined with the move to stand-alone status for the SuperNats, signals crucial growth for SKUSA and the sport. 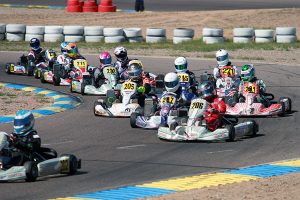 The Challenge of the Americas program enters its 10th season this month (Photo: EKN)

In the East, the WKA Manufacturer’s Cup continues its impressive recovery, out-performing their participation from 2015.  Stability in their downsized class structure has fueled the growth and support among their membership.  The WKA enjoyed increased numbers last week at Daytona Kartweek as well, as both the Dirt and Road Race events topped their attendance from 2015.  The official numbers are not in yet from the Man Cup event on the sprint track, for those involved signal to similar if not better entries.  This bodes well for the long-time foundation of club karting in America.   Along the same lines, the United States Pro Kart Series had yet another great year in 2016 and their event staff gained more experience and was applauded for being one of the best in the sport.  Additionally, the USPKS announced a change for the new season which has people excited, adding the new IAME KA100 to replace the KT100 in their Yamaha Pro category, which saw participation decrease throughout the year. It will be interesting to see how the class is received when they kick off in early April in Mooresville.

The ‘off-season’ winter programs continued to provide opportunities for drivers to get dialed in for the new year. The Florida Winter Tour banked solid numbers in Rotax and Rok competition last year, and Challenge of the Americas (AZ/CA) maintained their position as the top West Coast winter series with their mix of Rotax and Stock Honda classes.  Both are ready to fire up their schedules this month.  A new tire will be introduced into a few classes, and the COTA program will be adding a Briggs 206 class to each race weekend to give the locals a chance to join in on the weekend fun.

Overall, karting in the United States enjoyed a continuation of the momentum that has been developing.  With the Briggs 206 offering so much growth and balance to the foundation, and the stabilization of certain engine and class structures in the regional and national programs providing increased confidence in the community, we’re poised for an exciting and enjoyable year of racing in 2017.

As I stated in the title of today’s Morning Coffee – we should ‘Reset and Enjoy’.  We’re all racers.  Our new season is coming, sooner for some than others, so now it’s just time to remember how fortunate we are to have found this great sport.  Reset your focus, and enjoy the sport.  I, for one, am dying to get back in the seat as soon as I can.  The 2017 season should be a good one, for national and regional racers, and club guys like myself.

One thought on “Morning Coffee: Reset and Enjoy”