Lemke remains in #1 spot to close out season 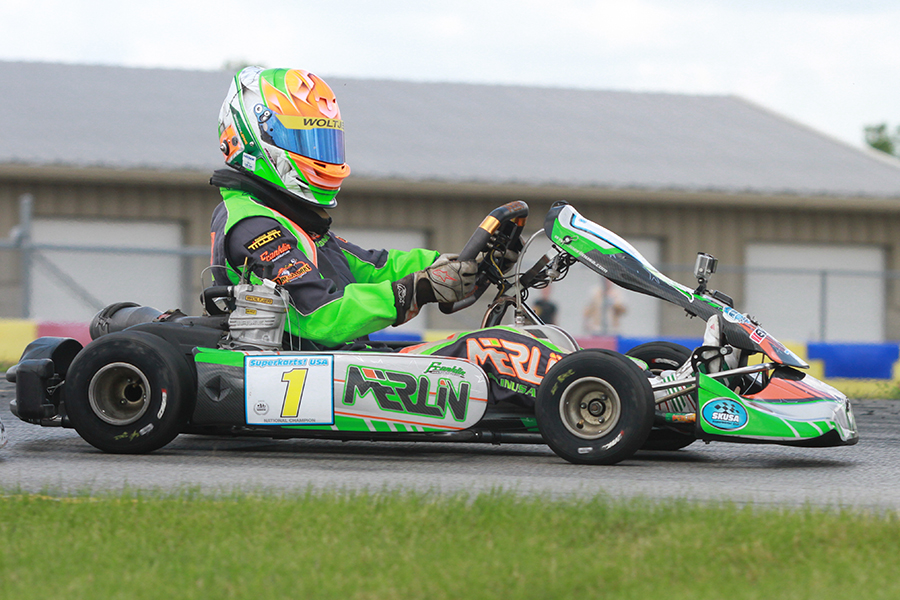 Lemke finished as the top Junior driver in 2015 – winning the SKUSA Pro Tour Junior title along with two USPKS championships and a former WKA Triple Crown winner. 2016 was his first year at the Senior level, which began with the WKA Winter Cup championship in the Pro IAME Senior division. The Franklin Motorsports / Merlin pilot followed it up with five wins in eight races at the USPKS to secure his first major championship as a Senior driver. Those results put him into the #1 spot, where he finishes out the season.

2016 was a memorable season for Ryan Norberg. Completing his sophomore season in the Senior ranks, Norberg continued to climb the standings from the 10th position where he left off in 2015. The Florida driver under the Orlando Kart Center banner left the SKUSA SpringNationals leading the points thanks to a victory in the opening round. Two more wins etched his name as the title winner heading into the SuperNationals, where he finished eighth to land his first SKUSA Pro Tour championship. That result put him tied with Lemke for the overall top spot in the EKN Driver Rankings, losing out on the top honor due to a higher average finish for his seven-best events.

People can argue that the best season put in was done by former #1 Jake Craig. Similar to his 2014 season – where the SoCal driver scored the US Rotax Grand Nationals victory and the SKUSA Pro Tour championship – Craig completed 2016 with two more milestones. The RPM / Tony Kart pilot notched his second US Rotax Grand Nationals triumph in Sonoma, and came away with his first ever SKUSA SuperNationals victory in November on SuperSunday. The EKN Driver Rankings however gauges drivers over the entire 12-month period, and Craig fell short by 73 points to matching Lemke and Norberg.

Dropping out of the top-three for the end of this season is 2015 #1 Brandon Jarsocrak. ‘Money’ had a solid 2016, however, a lone win at the WKA Daytona KartWeek in December was the only victory to his credit, joined by a number of podium finishes throughout the year including USPKS, WKA and SKUSA Pro Tour. You can expect the KartSport North America / Praga driver to be among the contenders once again in 2017. Throughout 2016, Braden Eves was in the hunt each and every time he pulled his MDD / Kosmic out of the trailer. The 2016 WKA Manufacturers Cup Series champion finished vice-champion at the WKA Winter Cup, as well as at the USPKS program. The season nearly ended with a podium finish at the SuperNationals until contact sent him into the barriers in the closing laps. The Ohio driver is sure to be in line to defend his WKA crown, if not once again challenge for the other championships.

Next to Lemke, the best rookie was Indiana’s Zach Holden. The Koene USA / Tony Kart driver raced all over the country in 2016, from Rotax, Rok to IAME and Yamaha. Holden closed out his full-time effort in karting – scheduled to race open wheel in 2017 – with a 18 position gain at the SuperNationals to finish 10th in his first Senior start at the Las Vegas spectacular. 2016 was a transition year for Austin Garrison. After starting out the year aboard Tony Kart, the Florida driver was tapped for the lead role at J3 Competition aboard the CompKart. Garrison posted solid results throughout the season, including the US Open victory in Las Vegas.

The final three spots in the top-10 remained unchanged with Christian Brooks, Kyle Kirkwood and TJ Koyen. Brooks (Nash Motorsportz / Tony Kart) lost points after placing sixth at this year’s SuperNationals after landing on the podium one year ago. Kirkwood (PSL Karting / Birel ART) and Koyen (Innovative Performance / Exprit) saw their points unchanged, with Kyle recording a DNF and Koyen a DNQ for SuperSunday. 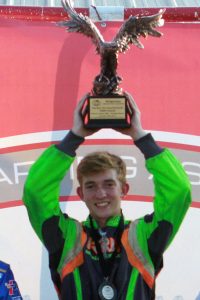 There is no question that Brandon Lemke was among the top drivers in the TaG category throughout 2016. His dominance at the USPKS helped to establish the top spot in the EKN Driver Rankings. The last two months of the season were among his toughest, battling at the IAME X30 International Final in France and then unable to reach a qualifying spot for SuperSunday at the SuperNationals. It is not the first time someone with a poor result or performance in Las Vegas has finished first in the EKN Driver Rankings. And remember, it’s about the 12-month season, not just one or two races. The Franklin Motorsports / Merlin driver has climbed up the ranks from Cadet to Senior, finding success and championships at all levels. The future is bright for the 16-year-old. 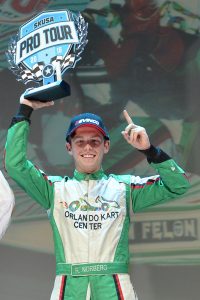 Over the last three seasons, Ryan Norberg has developed from a mid-pack Junior driver to one of the top pilots in North America. Announcing over the weekend his move to PSL Karting and the Birel ART chassis, Norberg is following in the footsteps of some talented drivers. Three victories on the SKUSA Pro Tour helped to gain his first major championship, putting him on a short list of former champions. Just one more position however at either of the three USPKS events or seventh at the SuperNationals would have put him into the #1 position for the EKN Driver Rankings. The consolation, carrying the SKUSA #1 plate throughout 2017. 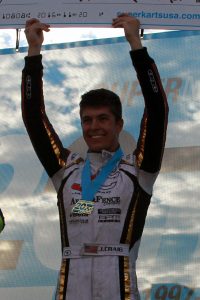 The second half of the 2016 season was much better for Jake Craig. Beginning the year with Praga, the relationship had a falling out, and Craig went back to the OTK brands he had success with in 2014. Much like that year, he won the US Rotax Grand Nationals. A new victory to his CV was the Streets of Lancaster Grand Prix triumph in September. With the SKUSA Pro Tour out of reach, Craig’s main focus was on winning the SuperNationals. After a slight issue in qualifying, he fought his way forward in the heat races to put himself in position for the SuperSunday fight. A memorable last lap pass highlighted the event, and his first ever SuperNationals victory. Craig can still be considered one of the top drivers in North America.